Good News, Space Agencies Say That Scary Asteroid Is Not Coming to Kill Us All

Exhale. We are safe from the asteroid that scary headlines were warning us about in early June, according to new observations from the European Space Agency and the European Southern Observatory.

That's a 0.00014 percent probability, which put it pretty high up on the European Space Agency's (ESA) risk list, a catalogue of all extraterrestrial objects with a non-zero impact chance.

One could interpret that as a comforting reminder that the chance of an asteroid impact is actually really low, but this is the real world, so we got a bunch of alarmist news reports instead.

Now, we have the truth.

"The European Southern Observatory have concluded that asteroid 2006 QV89 is not on a collision course this year - and the chance of any future impact is extremely remote," the ESA clarified in an announcement.

But this whole debacle has turned out to be a good thing - because, for the first time ever, astronomers have ruled out an asteroid collision by way of not detecting it.

Asteroids are actually hard to see. They're rather small, moving around at great distances, and often not very reflective. Also, the smaller they are - obviously - the harder they are to detect. Often an asteroid shows up, astronomers take a bunch of measurements, and then the asteroid moves along and becomes undetectable again.

2006 QV89 is an asteroid of this kind. It was discovered in 2006, and over the course of 10 days, astronomers took observations. Then it vanished. We've not seen hide nor hair of it since.

But those 10 days provided enough data for scientists to calculate its elliptical orbit - arriving at the conclusion that the asteroid would cross Earth's orbit on 9 September 2019 at a close-enough point to our planet that there was some risk of collision.

But, although that's some pretty nifty calculation based on limited data, we still don't know exactly where it is at any given point in time. This is where the non-detection method comes in - and this is really clever.

"While we do not know 2006 QV89's trajectory exactly, we do know where it would appear in the sky if it were on a collision course with our planet," wrote the ESA. "Therefore, we can simply observe this small area of the sky to check that the asteroid is indeed, hopefully, not there."

So, that's what they did. On 4 and 5 July, they turned one of the most powerful telescopes on Earth to search that patch of sky, the Very Large Telescope (VLT) in Paranal, Chile. 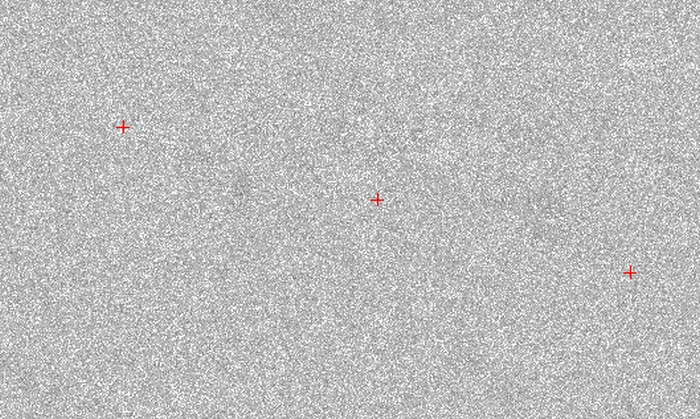 Even if the asteroid had been much smaller than thought - only a few metres across, as opposed to tens - the VLT would have been able to detect it as a patch of brightness in that area of the sky.

As you've already gathered, there's nothing there - nothing within the VLT's capabilities, anyway. Which is great, because anything smaller than the VLT could detect would be too small to impact; it would burn up on atmospheric entry.