In these days of social distancing, it appears this beautiful little galaxy is leading by example, sitting all by itself in the middle of a cosmic void.

KK 246, also known as ESO 461-036, is a dwarf irregular galaxy, and ESA aptly described this picture as looking like "glitter spilled across a black velvet sheet."

But the serene view can be deceiving.

This lonely galaxy is actually being flung at high speeds out of this vast empty region of space called the Local Void. 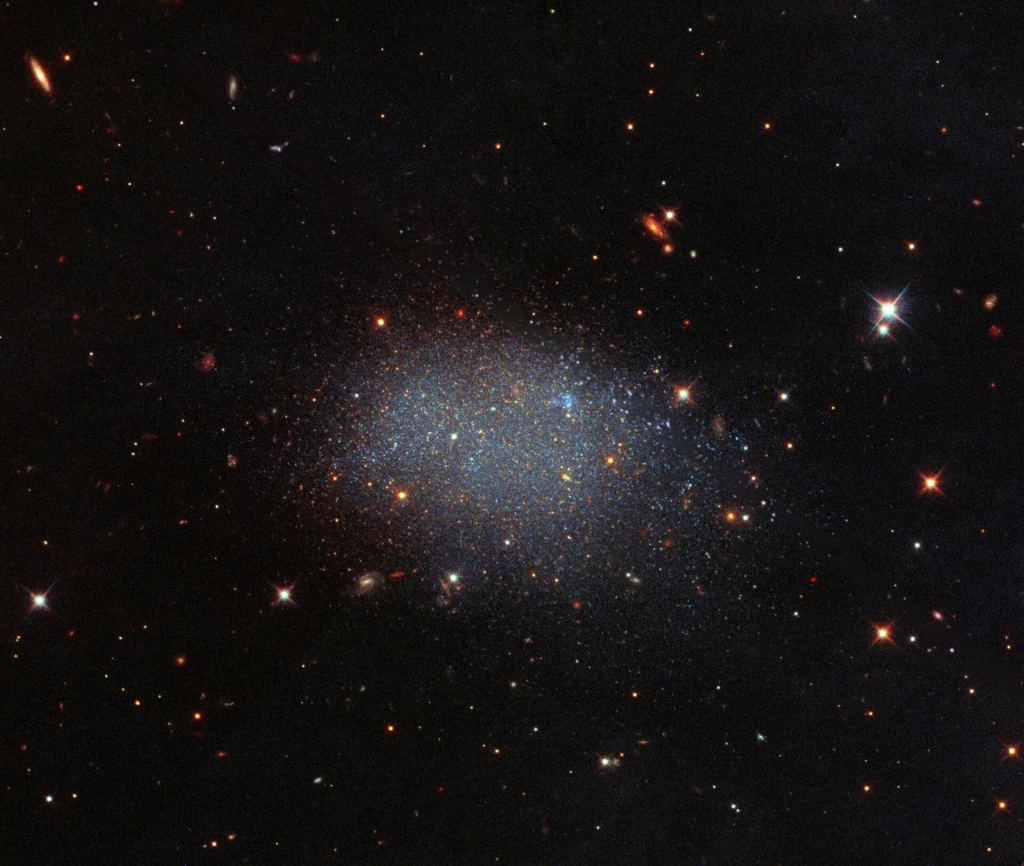 Image of KK 246 made up of infrared and optical observations. (NASA/ESA/Hubble/E. Shaya et al.)

We don't usually see galaxies in isolation like this one. And although the picture appears to be full of galaxies surrounding KK 246, they actually lie well beyond this void, and instead form part of other galaxy groups or clusters.

Cosmic voids are the spaces within the web-like structure of the Universe where very few or no galaxies exist. In fact, KK 246/ESO 461-36 is the only galaxy known for certain to be within the Local Void.

Most galaxies are surrounded by a swarm of satellite galaxies and are themselves embedded in larger aggregates called groups or clusters.

These large concentrations of galaxies form part of even larger scale structures of the universe — galactic filaments and sheets which contain millions of galaxies.

Between these enormous walls of galaxies lie regions which are very sparsely populated – these are known as cosmic voids. 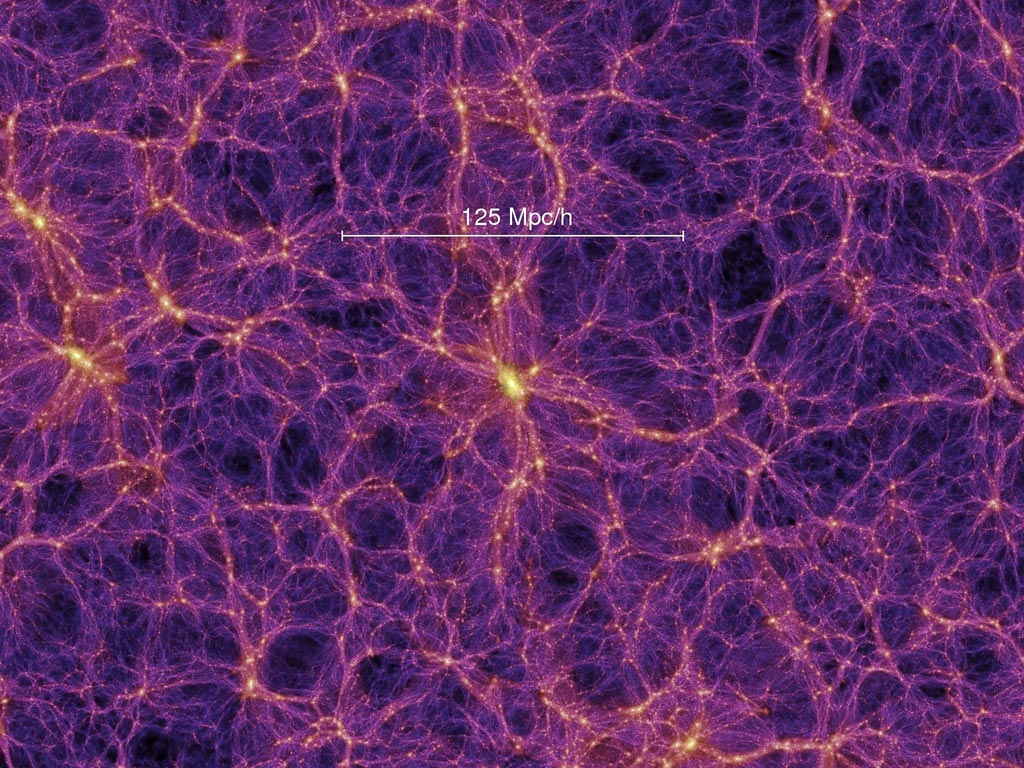 Large-scale structure of the Universe, showing filaments and voids within the cosmic structure. (Millennium Simulation Project)

Adjacent to our Local Group of galaxies is a relatively empty region of space, the Local Void. The Void is at least 150 million light-years across. For perspective, our own Milky Way galaxy is estimated to be 150,000 light-years across, making this void immense in its nothingness.

The bigger and emptier the void, the weaker its gravity, which would make anything inside the void flee towards concentrations of matter.

But another speculative explanation is that pools of concentrated dark energy are pulling the galaxy away at high speed.