This Dutch Town Will Grow Its Own Food, Live Off-Grid, And Handle Its Own Waste

Environment26 May 2016
By Peter Dockrill

It's no secret that today's aggressive agricultural techniques can take a heavy toll on the environment, both on the land used for crops and livestock, and in the surrounding atmosphere.

But a new vision of a more sustainable 'integrated neighbourhood' community is being implemented in the Netherlands, with the first of a series of high-tech farm villages set to be completed next year. The project, being built just outside of Amsterdam, is the brainchild of California-based developer ReGen Villages, and after its pilot community is finished in 2017, the company plans to bring the concept to Sweden, Norway, Denmark, and Germany.

Of course, communal farms aren't exactly a new idea, with communities like the Amish people and more recent kinds of farming collectives having long lived off the grid. But we're not talking about another attempt to recreate simple, pastoral living here.

ReGen Villages wants to harness the power of today's technology to create "off-grid capable neighbourhoods" that provide the comforts of a regular modern lifestyle, but which are entirely self-reliant and sustainable: growing their own food, generating their own energy, managing waste locally, and recycling water. 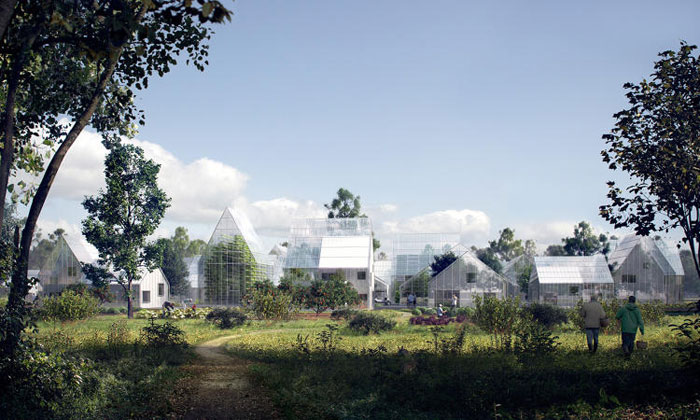 "We're really looking at starting off as the Tesla of eco-villages," ReGen Villages CEO James Ehrlich told Adele Peters at Fast Company. "We are redefining residential real-estate development by creating these regenerative neighbourhoods, looking at first these greenfield pieces of farmland where we can produce more organic food, more clean water, more clean energy, and mitigate more waste than if we just left that land to grow organic food or do permaculture there."

The idea is that by combining sustainable farming and land management with an independently run tech infrastructure, ReGen Villages will be "power positive", effectively generating surplus energy that can be fed back into surrounding electricity grids, and growing about half of all the food the inhabitants eat. 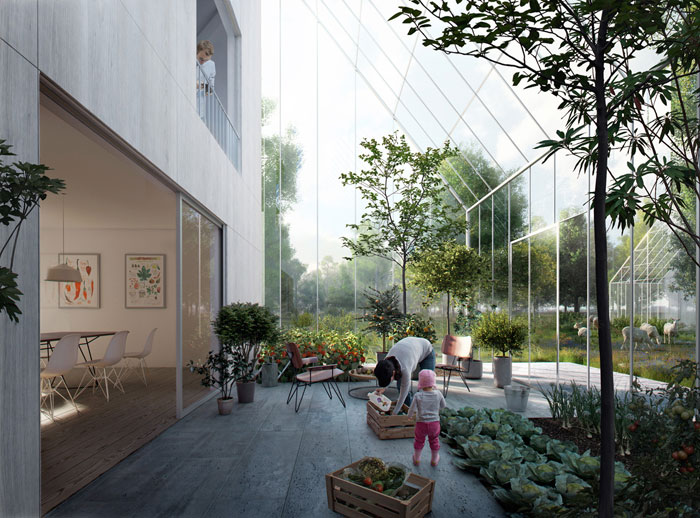 "We anticipate literally tonnes of abundant organic food every year – from vegetables, fruit, nuts, legumes, fish, eggs, chicken, small animal dairy and protein – that can continually grow and yield in the vertical garden systems all year long as supplement to the seasonal gardens and farming adjacent," Ehrlich told Fast Company.

While it certainly sounds fantastic, there's still a way to go to make the vision into reality. The project has just been presented at the Venice Biennale, with the design work handled by Danish architecture firm Effekt. The initial project, to be constructed in Almere, 20 minutes from Amsterdam, will initially host 25 pilot homes, with a view to 100 in total upon completion. 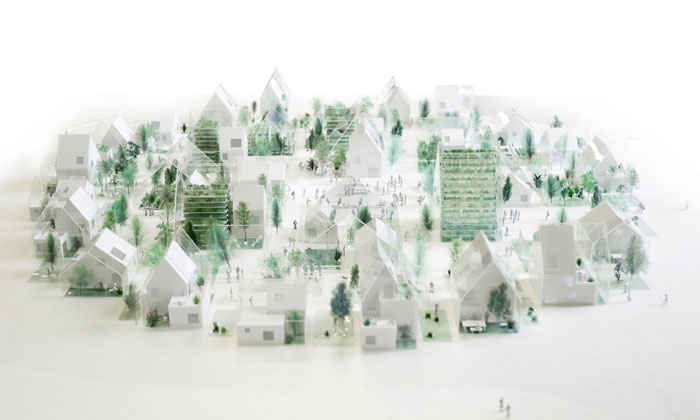 If the Dutch village is a success, Ehrlich expects to roll the sustainable communities across the cool climates of Northern Europe, and then expand into the Middle East.

"We tackle the first two hardest climate areas," he said. "Then from there we have global scale – rural India, sub-Saharan Africa, where we know that the population is going to increase and also be moving to the middle class. If everybody in India and Africa wants the same kind of suburbs that we've been building so far, the planet's not going to make it."

It's an awesome idea, and we can't wait to see how the pilot village in Amsterdam goes. Who knows, maybe a ReGen Village could turn up in your local area soon?