A few years ago, the Hubble Space Telescope did something amazing: over the course of 841 orbits and hundreds of exposures, it imaged a tiny region of space in the constellation of Fornax, peeling back the layers of time by 13 billion years, to just a few hundred million years after the Big Bang.

It's called the Hubble Ultra-Deep Field 2014 (HUDF), and it's one of the most breathtaking mosaics the telescope has produced. In it, around 10,000 galaxies gleam - a feast for astronomers exploring the early Universe.

Now a team of astronomers has made the image even better. Over the course of three years, scientists at the Instituto de Astrofísica de Canarias (IAC) developed and applied an image processing technique designed to draw out the unseen light in the HUDF.

They called this complex technique ABYSS, and with it they have recovered the dim light from the outer edges of the largest galaxies in the image. 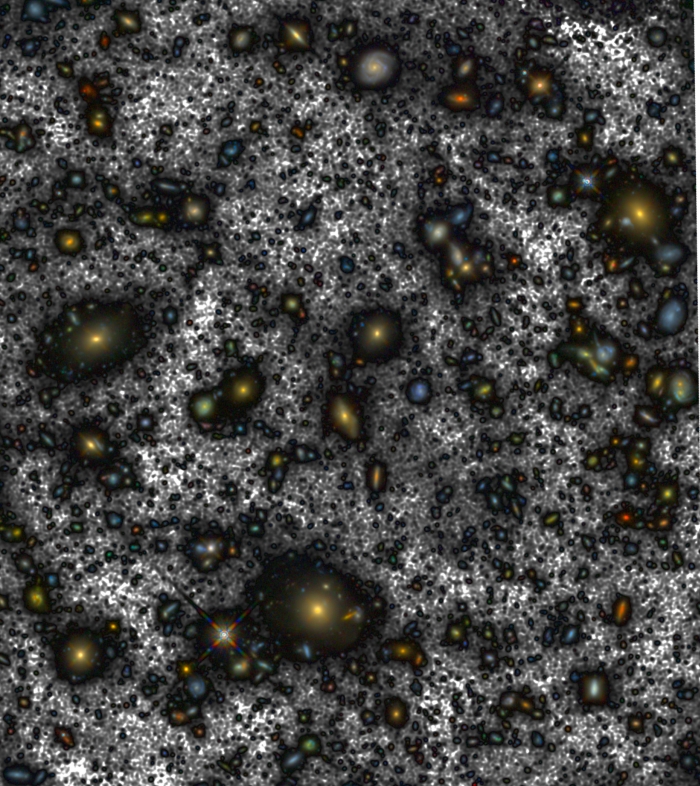 "What we have done," explained IAC astrophysicist Alejandro S. Borlaff, "is to go back to the archive of the original images, directly as observed by the HST, and improve the process of combination, aiming at the best image quality not only for the more distant smaller galaxies but also for the extended regions of the largest galaxies."

So far, the results have revealed that at least some of these galaxies are much bigger than thought, with diameters up to twice as large as previous estimates.

But the paper published by the team wasn't for the purpose of making these discoveries, but describing how ABYSS works.

The have published the enhanced images they generated, and have plans to publish the calibration files and the ABYSS pipeline so that the community can use the tools themselves, and help develop further refinements.

The paper has been published in the journal Astronomy & Astrophysics, and can be downloaded in full from preprint resource arXiv.