A new telescope system has managed to capture the highest resolution image of the Moon ever taken from Earth using radar technology.

The feat took years of work, and the result is spectacularly detailed. The focal point is Tycho Crater, one of the most prominent impressions on the Moon. And even though it was taken from hundreds of thousands of kilometers away, the picture makes you feel as though you are flying right over the surface of Earth's only natural satellite.

The resolution of the resulting image is five meters by five meters and contains roughly 1.4 billion pixels. Together, it encompasses the entire breadth of the Tycho Crater, all 86 kilometers in diameter (53 miles), plus much more.

From this bird's eye view, every wrinkle on the beat-up surface of the Moon seems to stand out in stark detail. 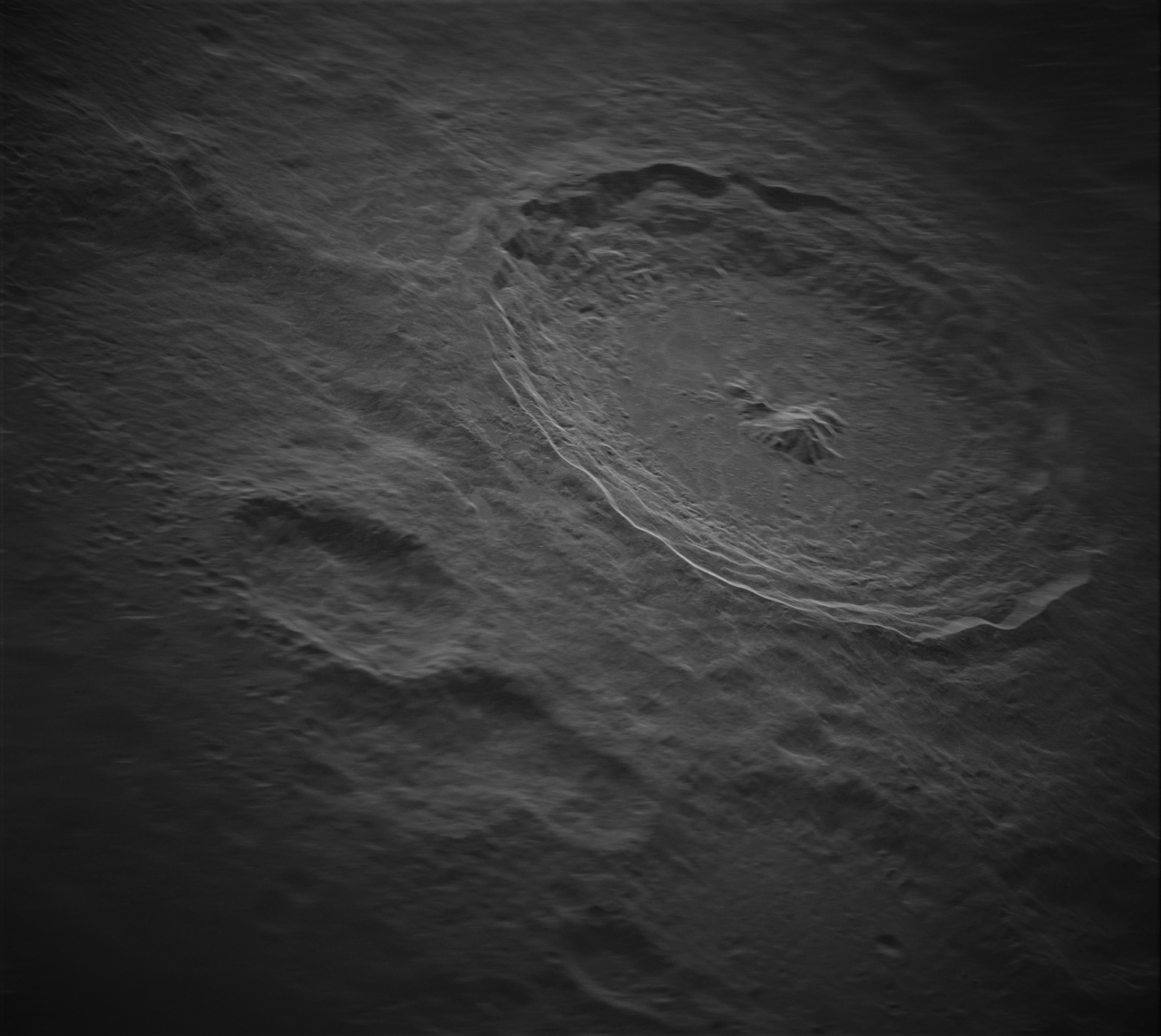 The National Science Foundation's Green Bank Telescope (GBT) is located in West Virginia and is the world's largest fully steerable radio telescope. This allows astronomers to point its beady eye in any direction they please.

Earlier this year, the satellite was outfitted with a new radar transmitter, developed by Raytheon Intelligence & Space, which is capable of sending pulses out into near space.

As each of these signals bounces off the surface of the Moon, it is retrieved by the National Radio Astronomy Observatory (NRAO)'s Very Long Baseline Array, which is also headquartered in West Virginia.

"The stored pulses are compared to each other and analyzed to produce an image," explains GBO engineer Galen Watts.

In January, researchers tested the system by taking a radar image of the Apollo 15 landing site, proving that they could, in fact, take high definition images from Earth.

The radar image of the Apollo 15 landing site. (Sophia Dagnello/NRAO/GBO/Raytheon/AUI/NSF/USGS)

Months later, they successfully snagged an even higher resolution image of Tycho Crater.

"The transmitter, the target, and the receivers are all constantly moving as we move through space," explains Watts.

"While you might think this could make producing an image more difficult, it actually yields more important data."

Because each returning radar pulse contains information from a slightly different orientation, astronomers can get more angles than a stationary observation.

This means scientists can calculate the distance to a target and the speed of that target with greater accuracy.

"Radar data like this has never been recorded before at this distance or resolution," says Watts.

"This has been done before at distances of a few hundred kilometers, but not on the hundreds of thousands of kilometers scales of this project, and not with the high resolutions of a meter or so at these distances."

Astronomers hope the new technology will allow us to explore parts of the Solar System we've never before seen, all from the comfort of our own planet.