Architects in Spain have designed a three-storey floating farm that would help produce nearly 10 tonnes of extra food for Earth's growing population each year, without taking up any land or fresh water.

The solar-powered farm would include massive hydroponic farms, watered by desalinated seawater, and a fish farm below, making the entire system self-sustaining and capable of producing most items in a healthy diet.

Of course, the farm is still very much conceptual and no prototype has been made just yet, so it's hard to know how successful their plans would be when put into practice. But the blueprint is based on existing technology, so there's no reason why it couldn't be built.

"This is not science fiction. It is a serious and viable solution," the architect team behind the concept at Forward Thinking Architecture write on their site. "It is not meant to 'solve' all of humanity's hunger problems or to replace existing traditional agriculture; this is not the idea at all. The driver behind the project is to open a new initiative which can be complementary and compatible with other existing production methods in order to help reduce food risk associated problems in different areas of the globe."

This isn't the first time a floating farm has been proposed - last year a separate group of Spanish architects proposed a taller version of a floating farm, and in Japan and India engineers are building floating solar farms to harness electricity.

What's different about this design is that it contains its own mini-ecosystem that, in theory, would be capable of producing all of the following items: 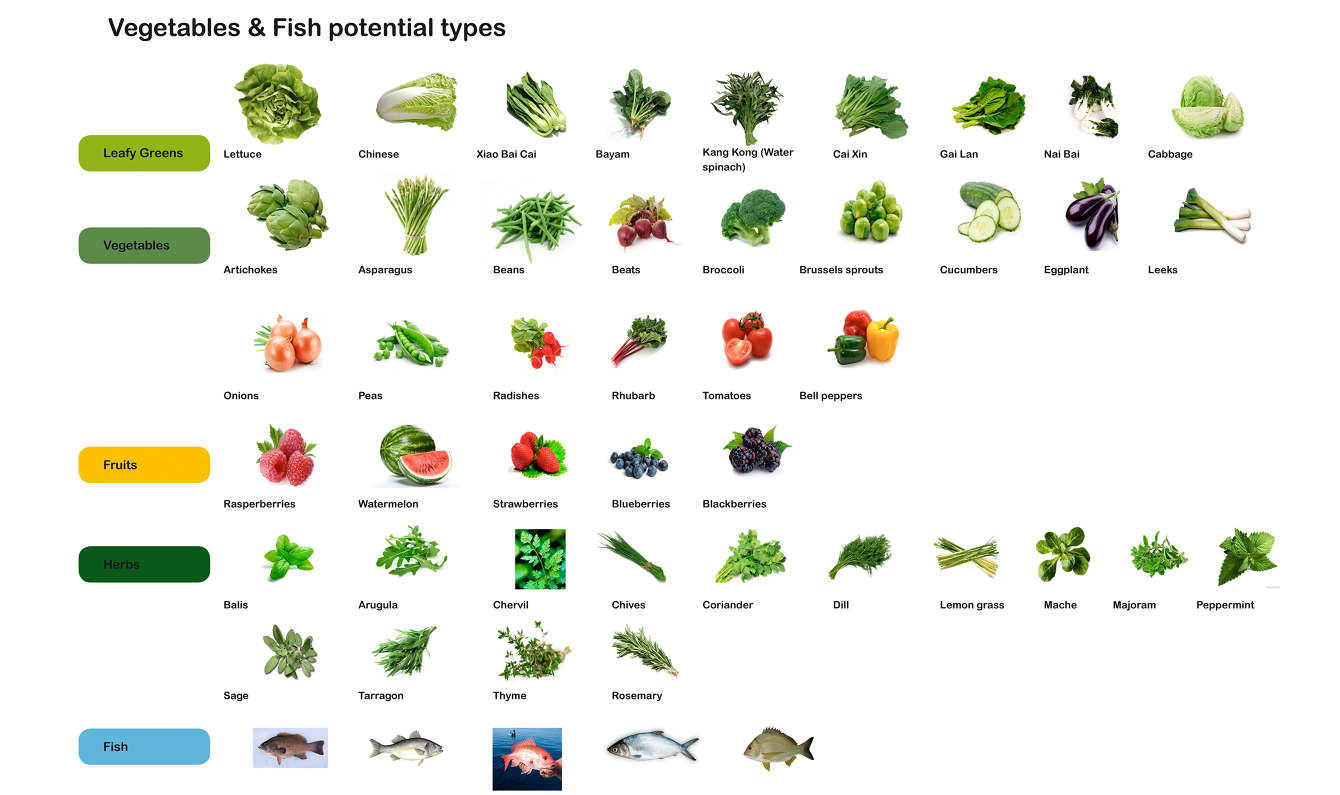 According to the plans, the top level of the farm would be covered in solar panels and skylights, to allow sunlight to be harvested for electricity, and also to filter through to the plants below.

The second level would contain the hydroponic vegetables and crops. The waste products from these crops would be used to feed the fish in the level below, and the waste from these fish would then be used to fertilise the crops, creating a self-sustaining system.

Forward Thinking Architecture predict that the farm would be able to produce 1.7 tonnes of fish annually and 8.1 tonnes of fruit and vegetables.

Altogether the farm would take up a massive 200 m by 350 m area, or 204,000 square metres - which on land would be pretty impractical, but on the ocean wouldn't be much of a problem given the vast amount of space available.

The farm would also contain wind turbines and wave energy converters, to make the most of the natural energy available to it. And there would be a desalination plant and an on-board slaughterhouse and processing and packaging area, so that products could be sent straight to shops or consumers, reducing the food miles and carbon footprint of each product.

What's even better is that the farm is mostly automatic, using sensor systems to regulate watering processes and position itself in the most efficient spot each day. Obviously there are some big hurdles to overcome with any type of structure of this kind - the biggest we can think of is the tumultuous nature of Earth's oceans. We currently struggle to keep wave energy generators safe from storm surges, so it would be hard to find safe spots to moor these beauties.

But with an abundance of harbours and lakes around the world, it wouldn't be impossible. And even though this is all just a pipe dream for now, if we could find a way to grow food sustainably in currently unused areas, it would be a big step towards feeding the soon-to-be 7.5 billion mouths on Earth.