After a Century of Searching, Scientists Have Confirmed The Existence of This Bizarre Sea Blob

It's been more than a century since scientists named this strange creature after a mythical 'ferryman of the dead', but now we can finally confirm its existence, with scientists in California making the first official record of it since 1899.

Enveloped in a cloud of mucus, this transparent filter feeder is unusually large, and has been appearing on the radar for years, but until now, no one could figure out what they were actually looking at.

Named Bathochordaeus charon, after the notorious Charon - a figure in Greek mythology who ferried souls of the dead though the Underworld - the species was first discovered by biologist Carl Chun from Leipzig University in Germany more than a century ago.

Throughout the decades that followed, several possible sightings were made, but now scientists have their first definitive record of the elusive sea blob, spotted in the waters of Monterey Bay, off the coast of California.

"We had no idea, until we looked more closely at the specimen, that we had actually found B. charon, the species first described over a hundred years ago," Rob Sherlock from the Monterey Bay Aquarium Research Institute (MBARI) told Live Science.

"It felt like Chun had finally been vindicated after years of doubt."

Identifying ridiculously tiny sea life is no easy task, and after the discovery of B. charon in 1899, scientists began to doubt its existence as an actual species, because it shared so many similarities with Bathochordaeus stygius.

Discovered in 1936, Bathochordaeus stygius looks so similar to B. charon that for the past century, scientists have been wondering if they're actually the same species.

It also didn't help that Chun's original specimens of B. charon somehow got lost, so researchers haven't had much to go on to solidify his discovery.

"[S]cientists eventually began to wonder whether Chun's originally described B. charon was actually the same species as B. stygius," Tia Ghose reports for Live Science. Fortunately, when the team from MBARI sent their remotely operated vehicle, called Doc Ricketts, into Monterey Bay, they were able to capture a live one, and confirm that everything about their specimen was as described by Chun in 1899.

The team was also able to clear up the ambiguities in several previous sightings of the species.

B. charon is a type of larvacean - free-floating, tadpole-like creatures that usually stretch no more than 1 cm long (0.39 inch), not including their tail. But the specimen Sherlock and his team found was a whopping 9 cm long.

They feed by producing a mucus 'house' to sit inside, and the mucus catches tiny particles food like a net as the creature floats through the ocean. Beyond that, though, researchers have little idea about how these creatures live, breed, and age.

"In many ways we know a lot more about the moon than we do about life in the ocean," Sherlock says in a press release.

Here are the newly confirmed images of the species: 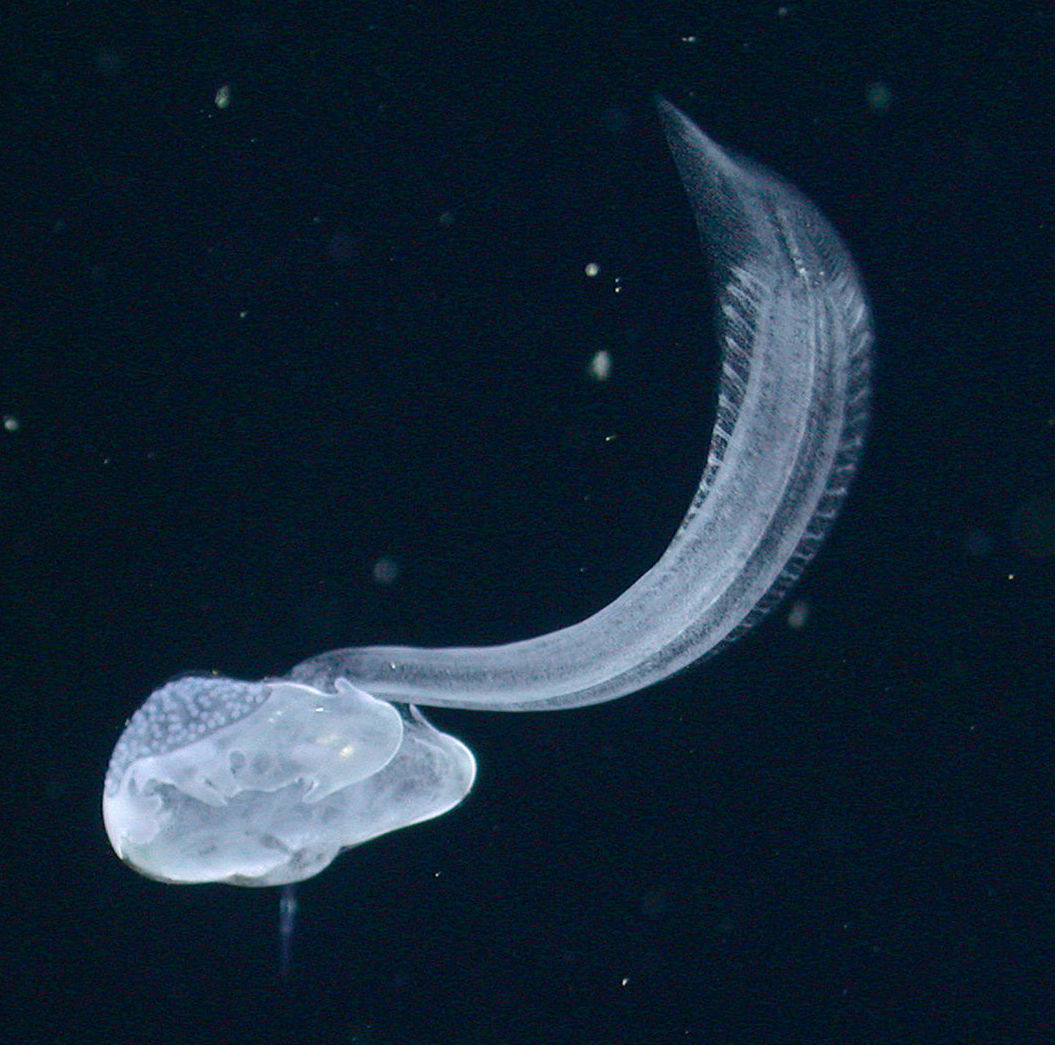 B. charon without its mucus home. Credit: MBARI The research has been published in Marine Biodiversity Records.