There is no shortage of spectacular images of our planet, but since the famous 'Blue Marble' photo taken back in 1972, all of these pictures of Earth as a whole have been cleverly stitched together.

But now NASA has released a new photo of the pale blue dot we call home, featuring a Sun-drenched North and Central America streaked with milky white clouds.

It was captured by a camera on board the Deep Space Climate Observatory (DSCOVR), which is hanging out in perfect gravitational balance between Earth and the Sun, around 1.6 million km away.

The photo was taken on 6 July 2015 by the four megapixel Earth Polychromatic Imaging Camera (Epic) camera. The purpose of DSCOVR is to take regular snaps of Earth in order to get better at monitoring and predicting any 'space weather alerts', such as providing warnings of impending solar flares. You can see a larger version here, and below: 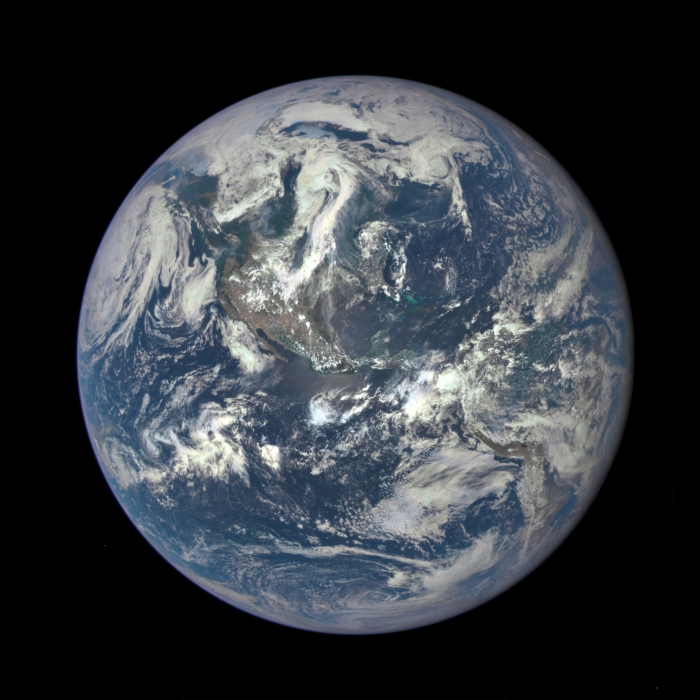 "This first Dscovr image of our planet demonstrates the unique and important benefits of Earth observation from space," said NASA administrator Charlie Bolden in a press release. "Dscovr's observations of Earth, as well as its measurements and early warnings of space weather events caused by the Sun, will help every person to monitor the ever-changing Earth and to understand how our planet fits into its neighbourhood in the Solar System."

Each time Epic takes a photo, it captures a series of 10 images using different light filters, ranging from ultraviolet to near-infrared. This image is a composite of the red, green and blue filters, which just so happen to be the wavelengths of light that our eyes receive.

Dscovr is currently stationed in what's known as Lagrange point 1. Lagrange points are places where the gravitational pull of two large objects - such as Earth and the Sun - cancel each other out. This means that an object can hang out there in orbit between the two bodies indefinitely, with relatively little effort. It also means that Dscovr will always be looking at our sunny side.

The Dscovr satellite was launched in February this year, and once it's in full operational mode, NASA says we can expect daily selfies of our planet. In addition to space weather alerts and the monitoring of solar winds, the data captured will also help to measure ozone and aerosol levels in our atmosphere, as well as ultraviolet reflectivity and cloud height. 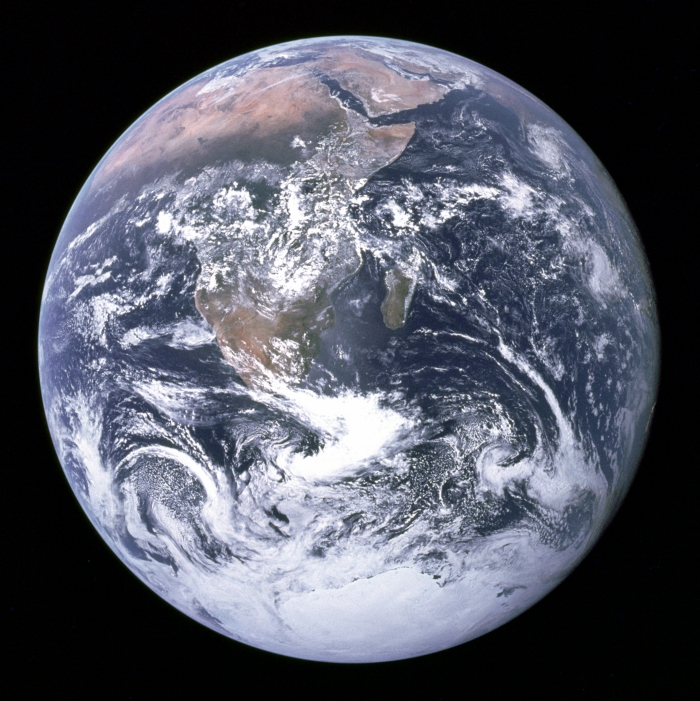