You're staring into the eyes of a man who lived in England during the 13th century, thanks to a digital facial reconstruction superimposed over what survives of his ancient, 700-year-old remains.

The individual has been named "Context 958" by researchers, who have pieced together details of the man's life based on an analysis of his bones and teeth, as well as estimating how he would have looked.

Work on Context 958 is part of the wider After the Plague project underway led by the University of Cambridge in the UK, which is seeking to understand more about how people lived and died during this period of history.

The research is centred on a large graveyard excavation in Cambridge that consists of some 400 complete burials.

With the site located near what was once a medieval charity hospital, the team thinks our friend Context 958 was probably ill and maybe impoverished.

"Context 958 was probably an inmate of the Hospital of St John, a charitable institution which provided food and a place to live for a dozen or so indigent townspeople," says one of the team, John Robb.

The hospital took in the sick, the poor, and the elderly, who couldn't manage to live on their own.

Researchers have also inferred that the man was over 40 when he died, and toiled through a hard working life, based on the wear and tear of his skeleton.

"We can't say what job specifically he did, but he was a working class person, perhaps with a specialised trade of some kind," explains Robb.

Based on an analysis of his skeleton, Context 958 had a diet relatively rich in meat and fish for someone who wasn't wealthy. This suggest his job – whatever it was – may have given him access to more 'expensive', fresh foods.

Also unexplained is the manner of his burial: he was laid face down, which wasn't the norm for the medieval period. 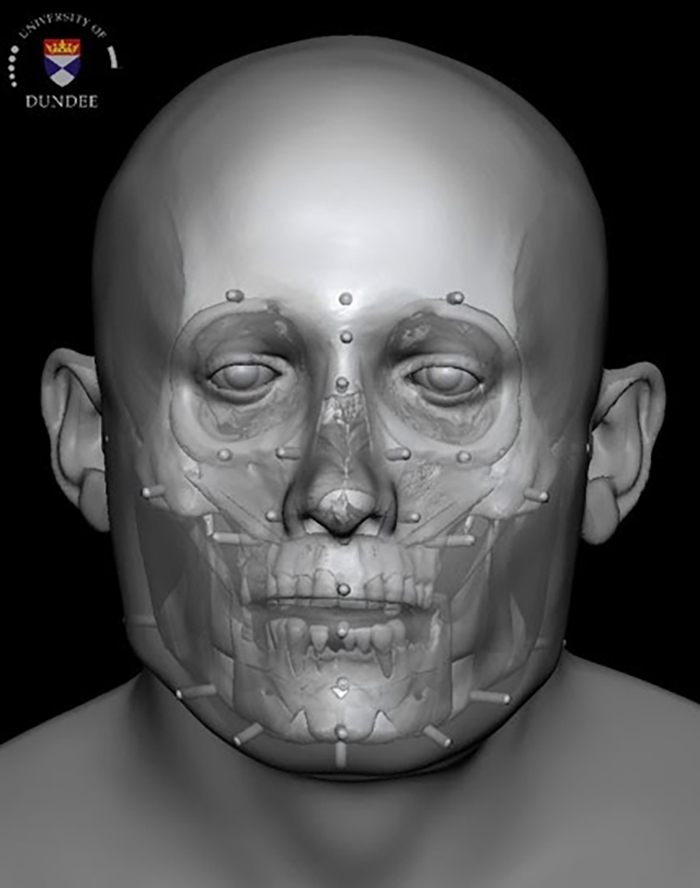 By examining his skull, researchers found evidence of a blunt-force trauma on the back of the man's head, but this likely isn't what killed him, as it had healed over before his death.

The team also found signs that his tooth enamel had stopped growing during two periods in his youth, suggesting illness or famine.

The After the Plague project is being conducted in collaboration with Scotland's University of Dundee, and the primary goal is to understand more about the poor masses who made up most of 13th-century society ("the Plague" in this case being the Black Death).

We know much less about this cross-section of the community, because records were usually only kept of the rich and elite sections of society.

The project is about "humanising people in the past, getting beyond the scientific facts to see them as individuals with life stories and experiences", says Robb.

"This helps us communicate our work to the public, but it also helps us imagine them ourselves as leading complex lives like we do today. That's why putting all the data together into biographies and giving them faces is so important."

These early findings are among the first from the project, and have yet to be published in a peer-reviewed journal, so we need to take the researchers' interpretations of the archaeological evidence with a grain of salt for now.

But the research is funded to continue through to 2021 – so we may well be seeing more mysterious faces like Context 958's in the future.