One minute, you're chilling on a mountain. The next you're being dwarfed by the biggest Moon you've ever seen - one that seems to be coming right down to rest on Earth's surface.

That's what appears to be happening in this video on NASA's Astronomy Picture of The Day (APOD) site for 4 June 2018.

Of course, we all would have totally noticed if our planet's rocky satellite came down like that, ending life as we know it. So, what's going on here?

For starters, check out the full video below, because it's spectacular:

What you're looking at is the view of Mount Teide, a volcano in the Canary Islands - taken through a telescopic lens from really, really far away.

The Moon we're seeing here is known as a 'milk moon' – the first full moon in the month of May. The footage was captured on May 30 by Daniel López.

The people in the video are around 16 kilometres away (10 miles) from the telescope, and funnily enough, they are actually not watching the disappearance of the Moon.

These folks are watching the sunrise, which is happening right behind the photographer. To them, the faint morning Moon wouldn't appear any larger than normal. 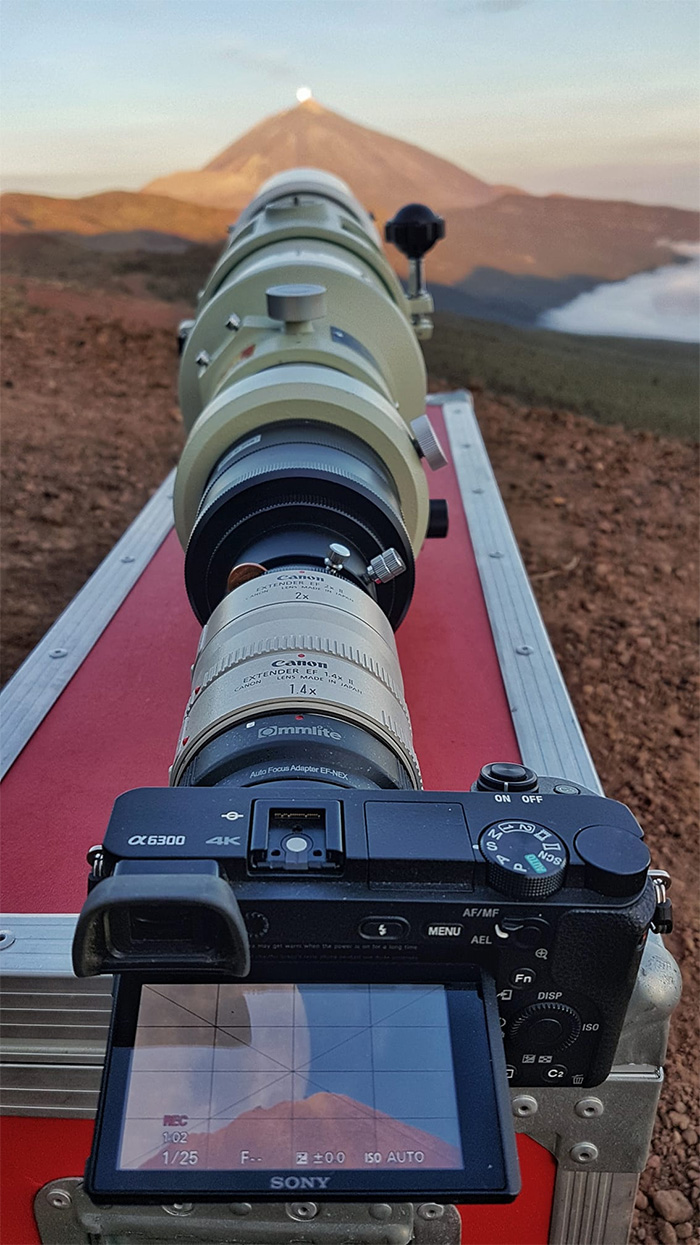 The appearance of the Moon is notoriously tricksy. It often looks bigger to us when it's on the horizon - a phenomenon known as the "Moon illusion".

This is thought to happen for a number of reasons, including how far away it seems to us depending on its position in the sky, and how we perceive it compared to what else we can see in the same frame.

But there's more than just an extremely close-up zoom happening in this particular case. As the APOD team explains, it's not even the Moon that's doing most of the moving in the video - we're actually seeing the rotation of our planet.

"What is moving is mostly the Earth, whose spin causes the Moon to slowly disappear behind Mount Teide," they explain.

Oh, and this isn't a time lapse, by the way. The speed you're seeing is exactly how fast the Moon was setting.

Honestly, our minds are pretty much blown. Such a cool way for science to play tricks on our minds.