This Mysterious, Indestructible 'Black Box' Will Tell The Future What Happened to Us

At a distant end of the Earth – hidden somewhere on the remote Australian island of Tasmania – a strange structure is about to witness and record the end of the world as we know it.

The project, called Earth's Black Box, is a giant steel installation, soon to be filled with hard drives powered by solar panels, each of them documenting and preserving a stream of real-time scientific updates and analysis on the gloomiest issues the world faces.

Information related to climate change, species extinction, environmental pollution, and impacts on health will all be chronicled in the monolithic structure – so that if some future society might one day discover the archive, they'll be able to piece together what happened to our planet.

"Unless we dramatically transform our way of life, climate change and other man-made perils will cause our civilization to crash," the Earth's Black Box website explains.

"Earth's Black Box will record every step we take towards this catastrophe. Hundreds of data sets, measurements and interactions relating to the health of our planet will be continuously collected and safely stored for future generations." 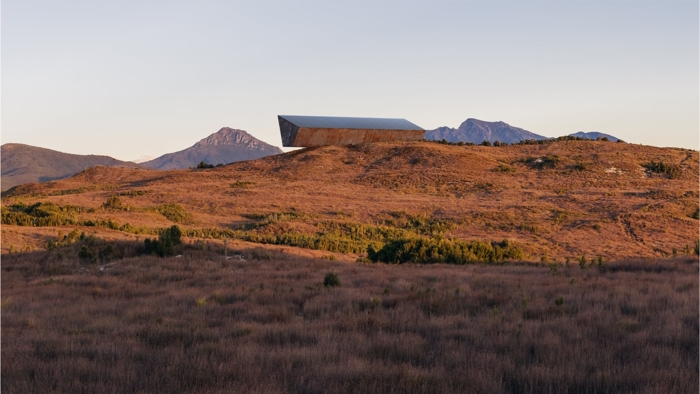 In a sense, the box, which evokes the brutalist design of Norway's famous 'Doomsday Vault', actually serves a somewhat complementary purpose.

While the Svalbard Global Seed Vault is a fortress designed to protect a vital backup of the world's seeds in case the worst ever happens, Earth's Black Box is conceived as an ongoing record of the world's trajectory towards a dire predicament.

"The idea is if the Earth does crash as a result of climate change, this indestructible recording device will be there for whoever's left to learn from that," Jim Curtis, executive creative director at marketing agency Clemenger BBDO, told the Australian Broadcasting Corporation (ABC).

"It's also there to hold leaders to account – to make sure their action or inaction is recorded."

The project – a collaboration between Clemenger BBDO, creative agency The Glue Society, and researchers at the University of Tasmania – is due to be completed in its undisclosed location in early 2022, but the box's systems are already partially active, in that they are 'live recording' environmental updates in a beta test.

Part of the point of the exercise, the box's makers say, is to help nudge humanity away from doomsday-like scenarios, with the mere existence of the installation hopefully encouraging today's society to act more progressively and responsibly in terms of climate action and environmental stewardship. 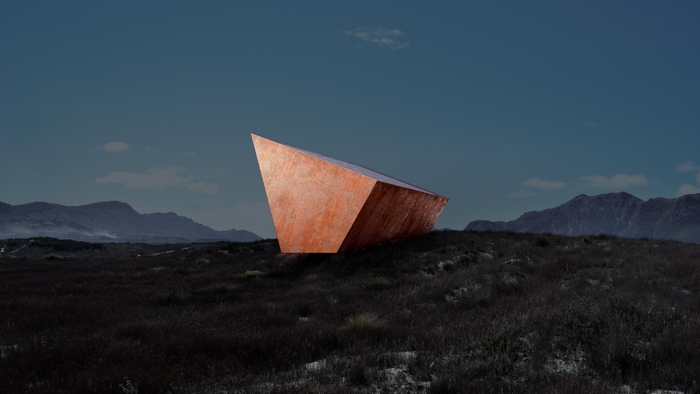 "When people know they're being recorded, it does have an influence on what they do and say," The Glue Society's Jonathan Kneebone told the ABC.

"That's our role if anything, to be something in the back of everyone's mind."

While some might belittle Earth's Black Box as a PR stunt designed to capture people's attention – as opposed to a serious scientific documentation project – there's no doubting the world urgently needs more attention and action on these issues, no matter how those eyeballs are secured.

In a world where ice sheets are destabilizing in response to unprecedented levels of global warming, where greenhouse gas emissions are headed the wrong way, where water is running out, and where animals are vanishing with such speed that scientists say we've entered our planet's sixth mass extinction, this is not the time to look away.

"The purpose of the device is to provide an unbiased account of the events that lead to the demise of the planet, hold accountability for future generations, and inspire urgent action," the Earth's Black Box makers say.

"How the story ends is completely up to us."