Researchers have discovered a brand new species of human ancestor buried deep inside a South African cave system. The fossils uncovered included 15 partial skeletons, making it the biggest single discovery of its kind in Africa.

But what's most exciting is that this new ancestor, named Homo naledi, may have been one of the first members of our genus, and may change our understanding of human evolution forever. The mass discovery also suggests that the species may have been ritualistic - a trait thought to be unique to humans.

Although there's still a lot to be learnt about the new species, the team - which was led by National Geographic explorer and University of the Witwatersrand researcher Lee Berger, and involved Australian scientists from James Cook University - believes that H. naledi could have lived in Africa up to 3 million years ago.

Here's what we know so far:

The researchers are avoiding the term 'missing link' at all costs, but Berger told Pallab Ghosh from the BBC that the species could be thought of as a "bridge" between primates and modern humans.

"What we are seeing is more and more species of creatures that suggests that nature was experimenting with how to evolve humans, thus giving rise to several different types of human-like creatures originating in parallel in different parts of Africa," Berger told the BBC. "Only one line eventually survived to give rise to us."

The results have been published in two concurrent papers in the journal eLife, and a story on the discovery appears on the cover of the October issue of National Geographic, which included the beautiful reconstruction at the top of this story showing what the species might have looked like. 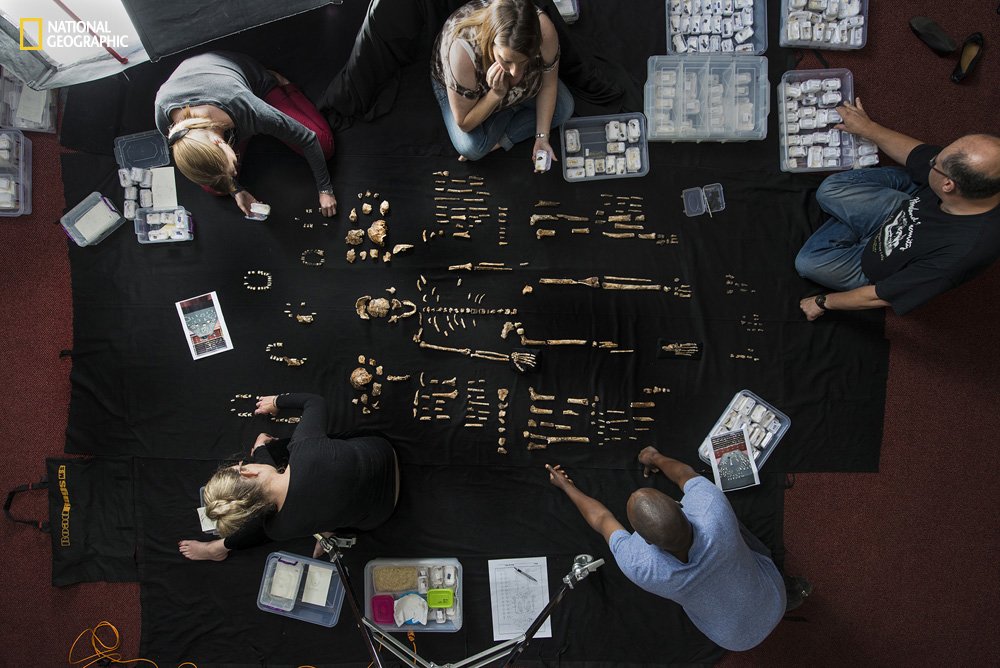 The researchers are now working to find out more about the lives of these mysterious hominids, and are incredibly lucky to have a huge amount of fossils to work with. The bones recovered include nearly every age group, from infants and teens to adults and the elderly.