We often think of plants as sedate, tranquil organisms that can't help but keep to themselves. But not all plants are harmless wallflowers.

While the whole idea seems vaguely nightmarish at first, these "ecologically unique" plants need our protection just like any other threatened organism; and we're still finding examples of these carnivores we've never even noticed before.

In the latest such discovery, scientists have now reported the identification of a previously unknown species of carnivorous plant, found on the island of Borneo in the Indonesian province of North Kalimantan.

The newly named species, Nepenthes pudica, is a kind of pitcher plant, but it consumes its prey in a way botanists have not recorded before. 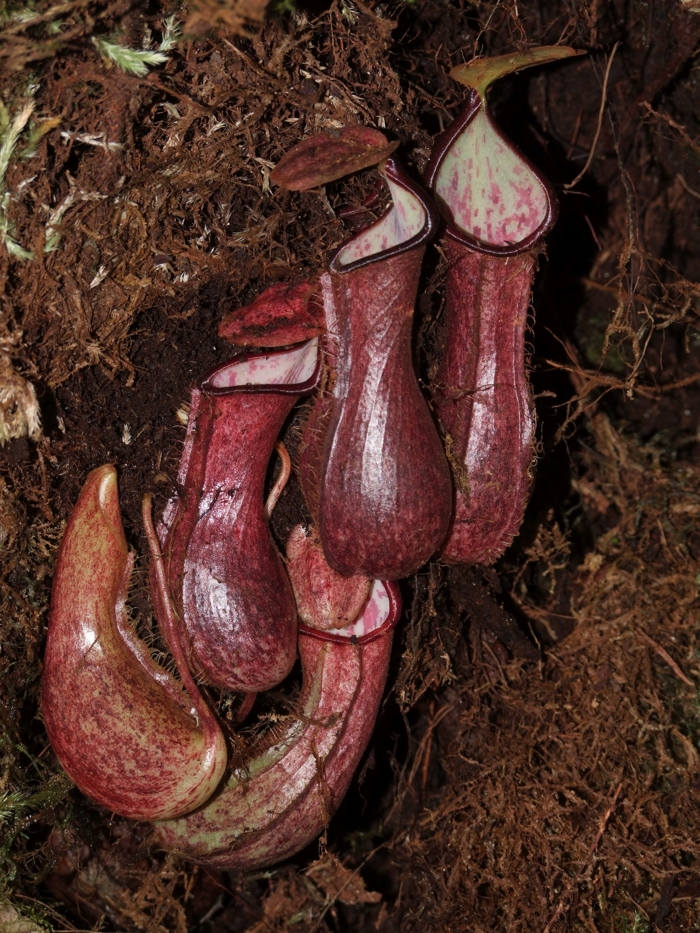 "We found a pitcher plant which differs markedly from all the other known species," says botanist Martin Dančák of Palacký University Olomouc in the Czech Republic.

What makes N. pudica different from its carnivorous counterparts is where and how it lays its pitcher-shaped trap for its unsuspecting victims.

Ordinarily, pitcher plants produce these hollow, cupped tubes above ground, either at the soil surface, or in trees, with the receptacle's slippery inner surface making it difficult for any insects who wander in to climb back out again.

Once trapped at the bottom of the cavity, the insects drown and dissolve in a well of digestive juices, kind of like Boba Fett stuck inside the almighty Sarlacc (or so we used to presume).

N. pudica doesn't completely reinvent the wheel for pitcher plants, but it has changed the scenery somewhat.

On a field expedition in North Kalimantan in 2012, researchers noticed Nepenthes plants that strangely didn't seem to have any pitchers, and also observed a "deformed pitcher protruding from the soil".

Subsequent investigations – involving pulling up a layer of moss covering the ground – revealed numerous pitchers hidden in the underground soil, coming off shoots grown into the ground, as if to specifically target bugs that dwell inside the dirt, rather than on top of it. 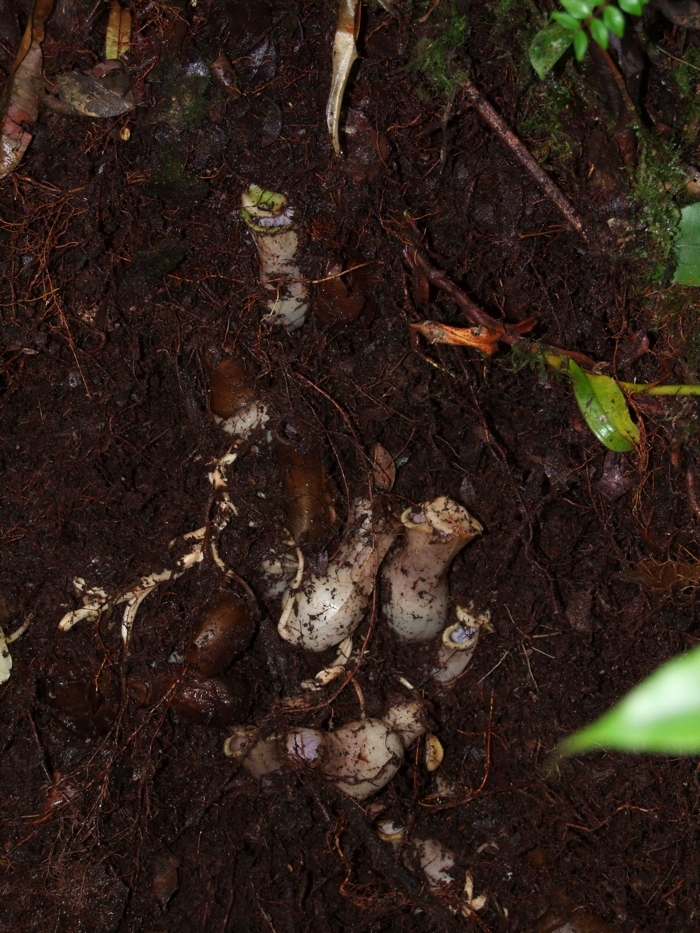 A bunch of pitchers buried in the soil. (Martin Dančák)

"This species places its up-to–11-cm-long [4.3-inch] pitchers underground, where they are formed in cavities or directly in the soil and trap animals living underground, usually ants, mites, and beetles", Dančák says.

While other carnivorous plants in different genera have been known to lay traps underground, this is the first time a species with a pitfall-like trap has been found to do the same. In all, the team found and examined 17 such N. pudica, many of whom showed signs of prey being digested inside them.

Funnily enough, for a plant predator that lays its trap underground, N. pudica otherwise lives the high life, discovered in a mountainous ridge-top region at an elevation of about 1,100–1,300 meters [about 3,600–4,300 ft] above sea level.

As it happens, the researchers think the conditions at altitude could be a factor behind why this partly subterranean pitcher plant is so inclined.

"We hypothesize that underground cavities have more stable environmental conditions, including humidity, and there is presumably also more potential prey during dry periods," says co-author of the study Michal Golos, a plant biomechanics researcher at the University of Bristol in the UK, and a lifelong pitcher plant enthusiast, devoted to collecting and studying the oddities since childhood.

Everybody gets trapped by something.

The findings are reported in PhytoKeys.