In 1906, zoologist Herbert Spencer Jennings reported a remarkable discovery. He found an example of intelligent behaviour in a freshwater organism made of just a single cell, known as Stentor roeseli.

When stimulated under the microscope, this colourless, trumpet-like creature was able to make complex decisions, Jennings claimed. The organism was changing its response according to a hierarchy of behaviours, even without the help of a nervous system.

It was and is one of the most complex behaviours ever reported in a singly nucleated cell - except no one afterwards could replicate the results. Ultimately, the idea was discarded. Now, after decades of dismissal, it seems Jennings might have been right all along.

Upon stimulation, modern researchers have found S. roeseli exhibits each of the behaviours described by the zoologist all those years ago, adding compelling evidence to his long-dismissed theory.

"What's particularly fascinating about what Jennings described is that it shows complex decision-making, with the organism effectively 'changing its mind' as to what it does in response to the same stimulus," says systems biologist Jeremy Gunawardena from Harvard Medical School.

"We typically think of such autonomous cognitive behaviour as taking place in multicellular organisms with nervous systems, but here we see that single-celled organisms also have such capabilities."

Ciliates are extraordinarily complex creatures that have long fascinated scientists. These organisms are known to show "avoidance responses" to certain stressors, so they can back up and rotate when they run into a wall, or swim faster when they sense a predator in nearby water.

But while other protozoa display simple survival behaviours like hunting, navigating and mating, S. roeseli appears ahead of the pack evolutionarily speaking.

When a normal Stentor cell is touched repeatedly, for instance, it becomes less and less likely to contract. This response is known as habituation, which is a form of non-associative learning. But what Jennings noticed with S. roeseli was different.

When a chemical stimulates this particular species, the cell first twists and bends, moving its 'mouth' away. If the attack continues, the cell beats its cilia to keep anything from nearing its oral region. If still unsuccessful, the cell then contracts. And if none of these steps work, the usually immobile organism detaches from its foundation completely. 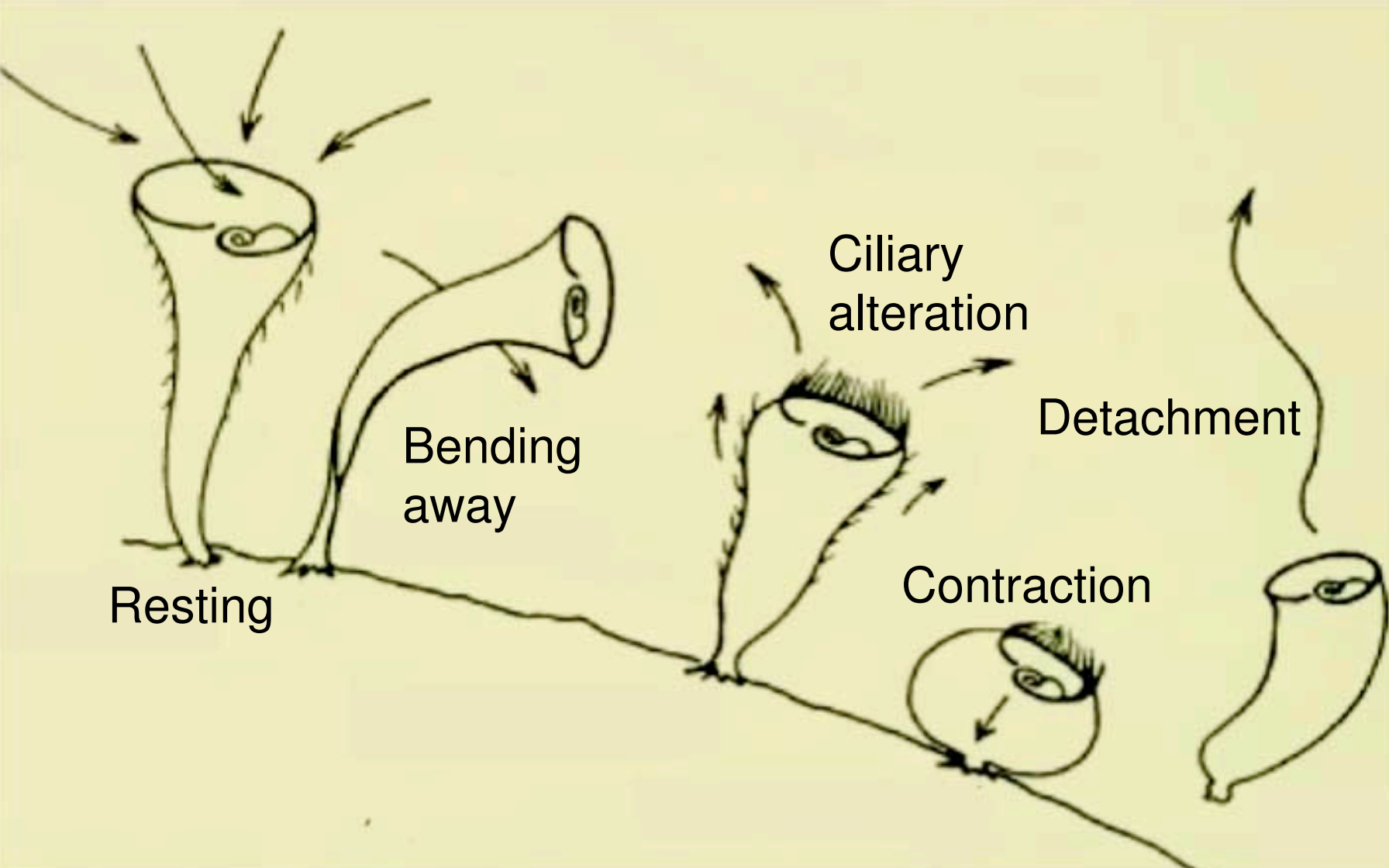 This three-step sequence of distinct behaviours was what first led Jennings to suspect a hierarchy of behaviours. And now, for the first time since, the results have been replicated.

Unlike previous studies, which were based on another species of single-celled ciliates, this time, scientists put the correct organism under the microscope time and time again over several months.

With S. roeseli in solution, the team then delivered a chemical trigger in a series of pulses, while filming the organism's reaction to each one. After 60 controlled stimulations, the organism's responses were both qualitatively and quantitatively analysed.

In the end, it was just as Jennings described. These organisms were behaving in a way that was distinct from normal habituation and conditioning.

"We consider the behaviour hierarchy as a form of sequential decision-making, in the sense that, when given similar stimulation repeatedly, the organism 'changes its mind' about which response to give, thereby following the observed hierarchy," the authors explain.

This switching between behavioural modes suggests a level of complex decision-making normally reserved for those with nervous systems. A century ago, this led Jennings and another scientist Jacques Loeb into a bitter battle over whether life was merely physical chemistry, or whether there was such a thing as cellular agency.

Systems biologist Scott Coyle, who was not involved in the study, thinks this is besides the point. While he agrees these new results suggest some sort of behavioural hierarchy exists, he finds the claim that this organism can 'change its mind' anthropomorphic.

"To me, saying that the cell is 'changing its mind' or that its 'learning' isn't very meaningful or exciting, compared to figuring out the underlying details of how the hierarchy is actually encoded in terms of its molecular systems," Coyle told ScienceAlert.

"I'm sure some people find these discussions interesting but to me they just muddle things and provoke semantic arguments about whether something is a 'machine' or whether there is some 'vitality'."

It's hard, after all, to assign any sort of agency to an organism that makes decisions based on chance. In the study, for example, S. roeseli's 'choice' to either contract or detach was consistent with the fair toss of a coin, and while this is admittedly impressive for a single-celled organism, it's a rather constrained way to 'change your mind'.

How the organism flips this imaginary coin is still unknown, and the authors can only speculate as to what evolutionary advantage it might have played.

Perhaps it came about as a way to find a proper mate, or maybe now it serves as a way to avoid the costly price of detachment once a good living spot has been found.

These are intriguing questions, but it's the mechanics of the hierarchy that really fascinate Coyle. For example, he suggests, perhaps the stimulus is changing the availability of ion channels, causing later rounds of attack to produce different outcomes.

"Mechanistically, one could imagine that the bending/ciliary responses to early perturbation lead to state changes inside the cell which make it more poised to perform contractions or detachment behaviours," Coyle told ScienceAlert.

"This to me reflects an interesting mechanistic encoding of the hierarchy that will be interesting to parse out in a deeper level."