Zooming in on a small corner of cloud 7,500 light-years away, the Hubble Space Telescope has caught a fascinating stage in the development of baby stars.

It's called J025157.5+600606, and it's just a (relatively) tiny bulge in the colossal Soul Nebula (also known as Westerhout 5) in the constellation of Cassiopeia.

But, while the section of cloud seems insignificant in the broader nebula complex to which it belongs, it's an excellent place to learn about the birth of new stars.

FrEGGs were only discovered a short time ago, and they require a particular set of conditions. 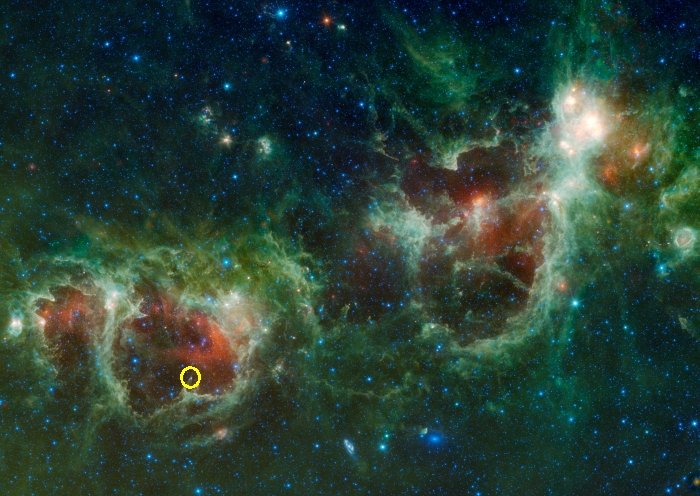 Stars in the large clouds of stellar nurseries are formed from cool clumps of dense molecular hydrogen that collapse under their own gravity, so stars are born nestled in thick, molecular clouds.

FrEGGs are dense clumps of cooler gas clustered in the Strömgren sphere, and many of them are busily forming stars of their own.

The boundary between the FrEGG and the sphere is seen in the Hubble image as a glowing purple region as the heat from the hot nearby star photoevaporates the outer layer of gas.

This density loss means we can peer inside and see the new baby stars being born. 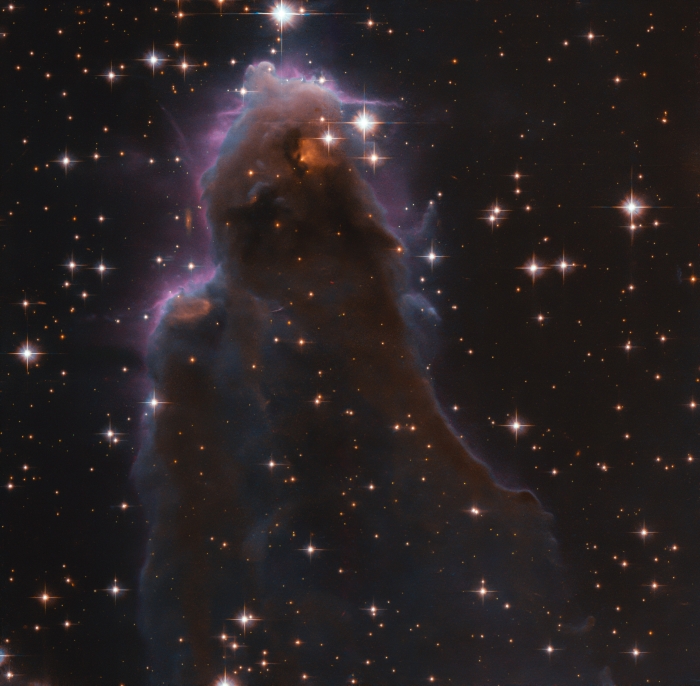 Because the FrEGGs are so dense, this process doesn't stop the star formation occurring inside. But it does, ultimately, hinder it, curtailing the gas supply that would feed the star forming within.

For this reason, the stars born inside FrEGGs are relatively low mass compared to the much more massive O- and B-type stars that evaporate off their gas.

That isn't necessarily a bad thing, though. Smaller and cooler stars have much longer lifespans than their chonkier siblings. It's even possible that this was how our Sun was born, billions of years ago.

You can view the full-size image of J025157.5+600606, and download wallpaper sizes, on the Hubble Space Telescope website.