This Strange 'Spherical' Cloud Appeared in The Sky Over Japan

Bizarre pictures coming out of Japan last week show what appears to be an oddly spherical cloud hovering over the city of Fujisawa, just south of Tokyo.

According to reports from the photographer, the cloud started to lose its shape as soon as it was photographed, and then rapidly faded into the sky as if it never existed.

"When I looked out of the car window I saw a round ball-shaped cloud. I gazed at the cloud for a while then I rushed to take the photo," Twitter user @pmxpvrtmx (Poppy) told local Japanese news outlet, Rocket News 24.

"When I saw the cloud it was an even more spherical shape, so I regret not taking the photo more quickly." 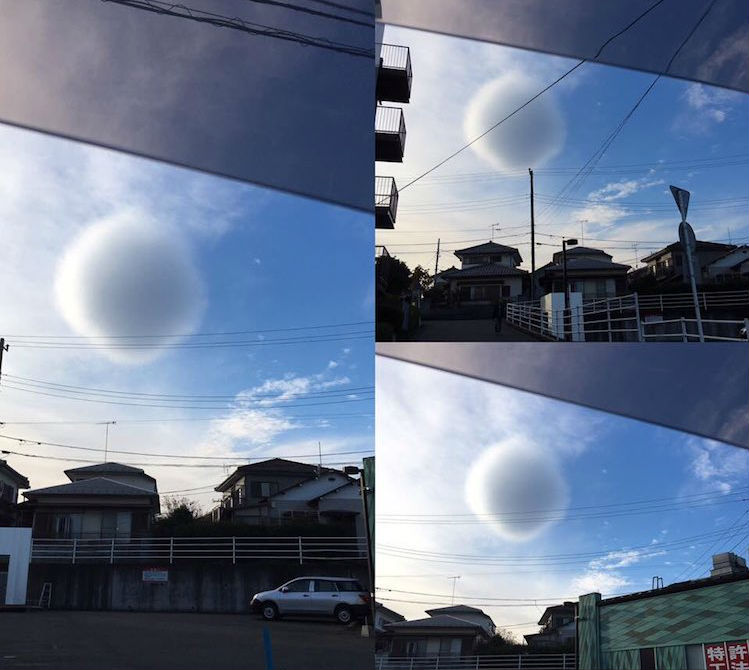 While the pictures shot at Shonandai station on Sunday afternoon have not been independently verified, this is not the first time a fluffy cloud ball has been spotted in recent years.

The images below, captured by Twitter user @NicoSpqy9ba9 (Nico) in 2015, show a similar phenomenon elsewhere in Japan.

So what is that thing?

Some have suggested that the spherical cloud of Fujisawa is actually a roll cloud - a rare type of low, horizontal cloud formation that usually appears as a result of cold fronts, and is typically associated with thunderstorms.

As you can see in this footage of roll cloud, they are incredibly cool in their own right:

But roll clouds are distinctly cylindrical and never round, so our cloud ball must be something else.

Another Fujisawa local claims to have photographed the sphere, and as you can see, it doesn’t look nearly so round from another perspective: 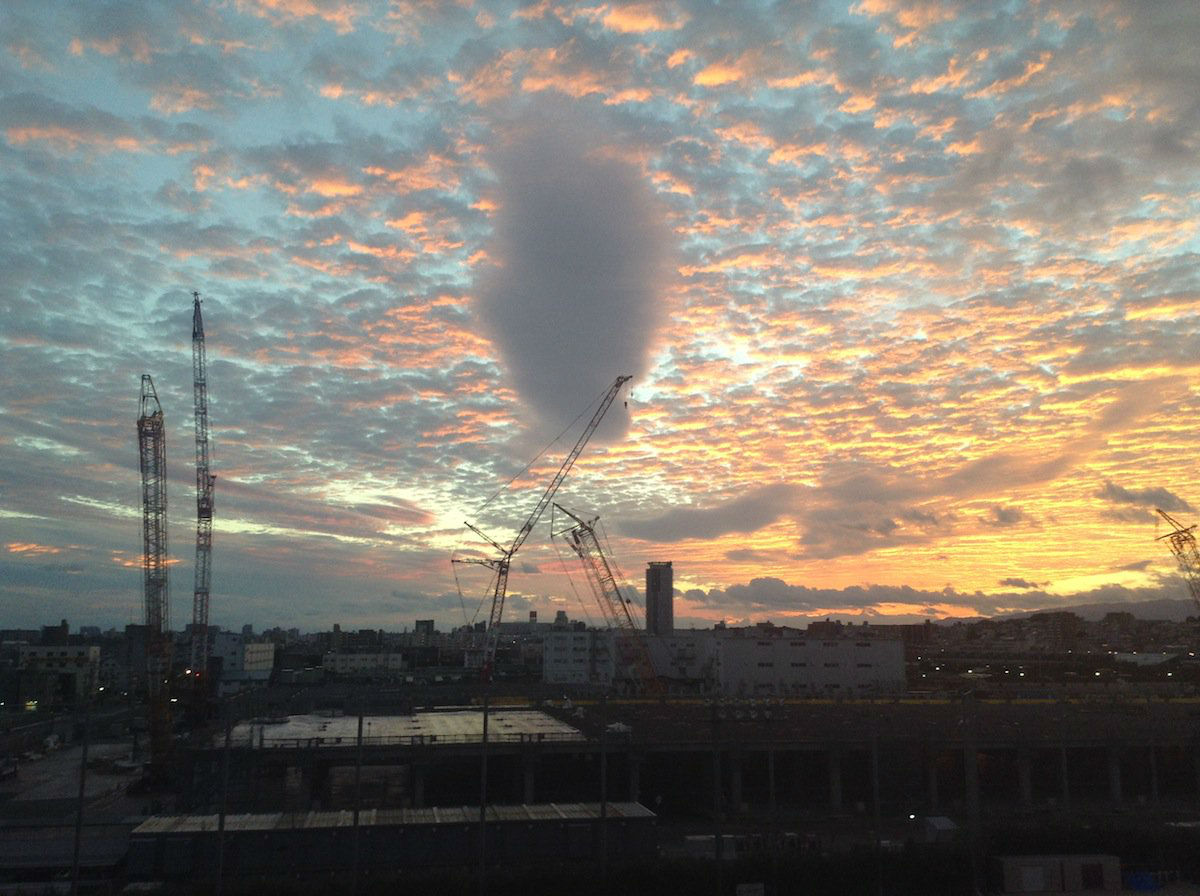 As atmospheric scientist Todd Lane from the University in Melbourne, Australia says, this might be the best clue we have in figuring out what this cloud could actually be.

And the answer is... it's probably nothing.

"While I can’t verify the origin of this image, or whether it was even of the same cloud, it appears that the cloud only appeared spherical from one direction," Lane told ScienceAlert.

"That is, the photographer was lucky to be in the right place to capture an interesting image of what is likely an uninteresting cloud. It looks to me to be some form of cumulus fractus cloud."

For those of you who aren’t up with their cloud types, cumulus fractus clouds are low-hanging, fragmentary clouds that are usually small bits that have been cleaved off the edges of larger clouds by strong winds.

That means they often look stretched or shredded, like the second perspective of the alternative perspective above.

If that's kind of a let-down, there's always the more 'creative' explanation that the spherical cloud was first spotted in north Wales four days earlier, and somehow made its way to Japan..? (It didn't). This entirely unrelated 'fog dome' was photographed in Tremeirchion, north Wales, according to the BBC, and while it might look as nicely spherical as the Japanese cloud, they're entirely different phenomena.

"This is a very unusual phenomenon, but the most likely explanation is that the 'fog dome' has been caused by a source of heat close to the ground, possibly an agricultural building or a relatively warm pool of water," UK Met Office and BBC Weather Centre Forecaster John West told the BBC.

"As the fog has formed in the valley, this heat source has forced the fog to lift away from the ground into a dome as warmer air rises; like a hot air balloon."

The moral of the story? Never leave home without your phone, because nature is still surprising us with its weirdness.