The Ground Beneath This Tiny English Village Is Rising Up, And Nobody Knows Why

A quaint, historic village in the south of England is steadily rising up out of the ground, and scientists are at a loss to explain what's causing the phenomenon.

The quiet parish of Willand in Devon has a steady population of some 6,000 inhabitants, but the ground the town is built upon isn't quite so stable – with scientists discovering its landscape is experiencing some of the fastest-rising uplift seen across the entire UK.

This shift, which would be unnoticeable to local residents, is causing Willand to rise by 2 centimetres (0.7 inches) annually, but while instances of land swelling or subsidence can usually be explained by things like nearby mining operations or observed geological phenomena, this time the warping remains a mystery.

"When I look at the images I can explain 99 percent of everything," geomatics researcher Andy Sowter, the CTO of Nottingham University offshoot company Geomatic Ventures Limited (GVL), told The Times. 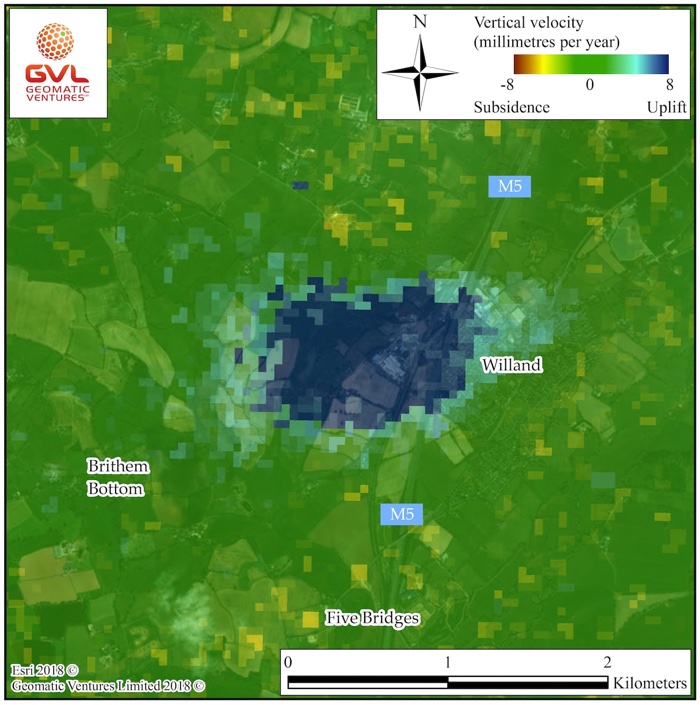 The discovery was made as part of the UK's first country-wide land motion map, compiled by researchers at GVL and Nottingham University, who analysed more than 2,000 images captured by the ESA's Sentinel–1 satellites between 2015 and 2017.

By crunching over 8 terabytes of satellite radar data using a technique called Intermittent Small Baseline Subset (ISBAS), the team created the most detailed map ever of the UK's shifting topography.

Amongst the land motion detected, areas with a history of coal mining reveal evidence of what's known as surface rebound, where land swells above former mines due to subsequent underground flooding – as well as subsidence when the effects eventually recede.

But as for what's making Willand slowly surge, nobody's entirely sure, because the historical village doesn't have such an industrial legacy to explain this, unlike other affected mining regions such as Greater Manchester, North Nottinghamshire, and South Yorkshire.

"I contacted the British Geological Society to ask if there was any history of mining in the area and there is none," Sowter explained to The Telegraph.

"Willand is in the middle of nowhere, and there were no mines, so we have no idea what is going on. For people living in the village it would be imperceptible and there is unlikely to be any structural damage, but it is concerning that there is a high-speed railway line running in the area and the M5 [motorway]." 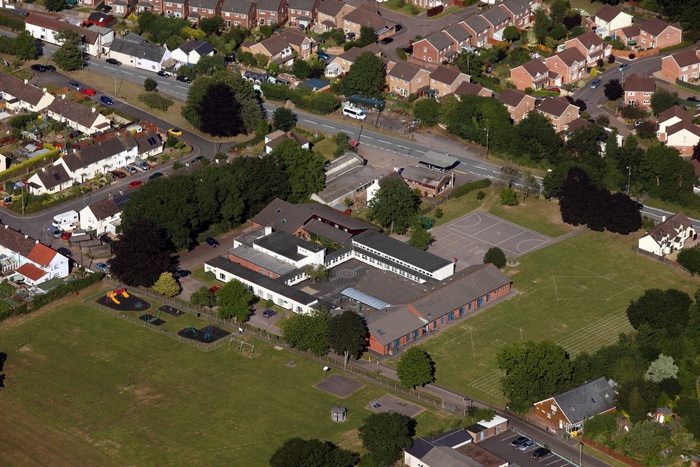 The affected Willand region is almost 2 kilometres (1.2 miles) wide, spanning the entire town, and while the researchers haven't got any definitive explanation for the uplift yet, the fact that both the buildings and surrounding fields are rising in unison suggests the cause of the mystery uplift may lie deep underground.

"We see this sort of thing happening over the peatland surfaces and bare soil but we wouldn't see that if somebody has built over it," Sowter told Devon Live.

"The fact we can see it over the built-up area as well as the agricultural area means that it's probably well below the level of the soil."

It's only speculation for now, but the most likely culprit could be a vast underground aquifer located far below the village, which may have emptied but is now filling up again, causing the ground around it to shift upwards and outwards.

As long as this underground rock continues to swell like a sponge taking on extra water, the town can expect to keep rising at its slow, imperceptible pace.

While the researchers don't think the phenomenon is dangerous, they do say it's imperative scientists confirm what's actually happening here, because the cause may not ultimately be benign.

"It's fairly sizeable, the whole town is moving here," Sowter explained to The Telegraph.

"If it is down to liquid seeping underground, or some sort of discharge of waste, then that could be a threat to the environment. If this is not a natural occurrence then it is symptomatic of something happening underground, so it's important to find out what that is."

The land motion map of the UK is viewable at GVL's website.