Even as the water from Hurricane Florence and the flooding that followed finally began to recede, it left behind a poignant - and pungent - reminder of the powerful storm that overwhelmed the Carolinas and turned roads to rivers.

Thousands of dead and dying fish littered Interstate 40 in North Carolina over the weekend, stranded there as floodwaters ebbed.

Days before, that same stretch of highway in Pender County had been submerged, and people traveled along it in boats.

"It dumped 30 inches (76 centimetres) of water in our immediate area, which is why you saw the intense flooding that caused these fish to be in places they shouldn't have been," said Samantha Hardison, a volunteer firefighter with the Penderlea Fire Department, which was tasked with clearing the fish off part of the key highway.

Some of the carcasses were quite large, Hardison said - "the size of a man's thigh" - and would have posed a threat to drivers as the road began to reopen. 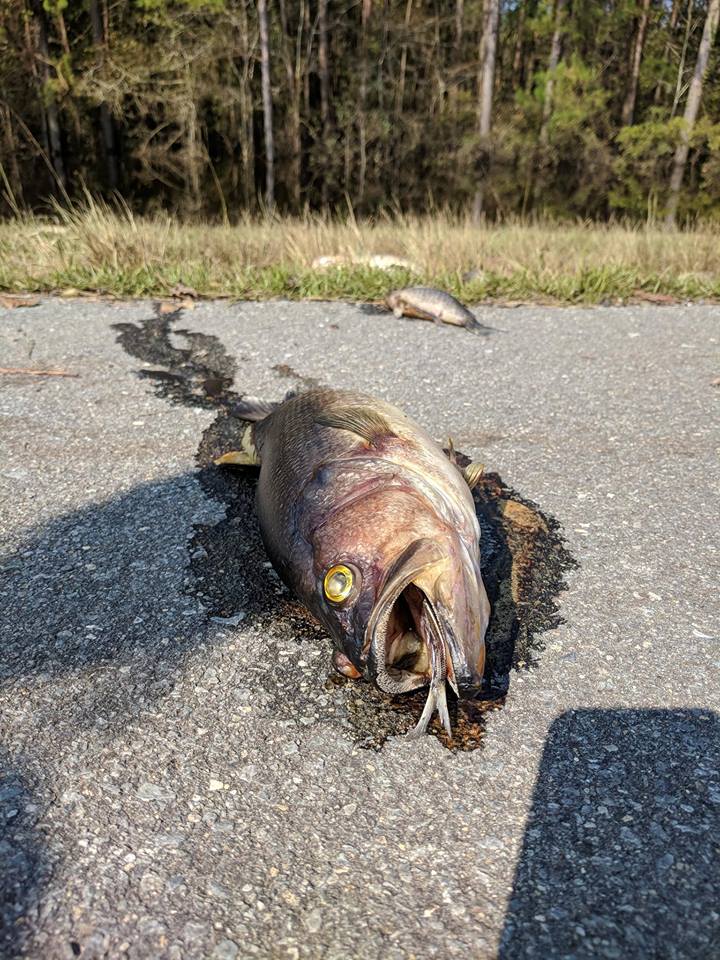 The department used a fire hose for the job.

"Well, we can add 'washing fish off of the interstate' to the long list of interesting things firefighters get to experience!" Hardison wrote in a post on the department's Facebook page Saturday.

"Hurricane Florence caused massive flooding in our area and allowed the fish to travel far from their natural habitat, stranding them on the interstate when waters receded."

When the firefighters arrived, they couldn't quite tell what was shimmering on the asphalt, Hardison said.

"When we pulled up on it, it almost looked like a mirage," she said. "You knew something was on the road, but you couldn't tell until you pulled up on it."

And then, there was no mistaking the sight - or the smell.

"It was insane," Hardison said. "There were thousands."

No one at the fire department could remember anything like it from past storms and floods, she said.

"When the chief got the call, he was like: 'Wait, are you serious? You're kidding, right?,' " Hardison said.

The firefighters cleared just a portion of the highway by hose, calling in the state transportation department to finish the job with different equipment. 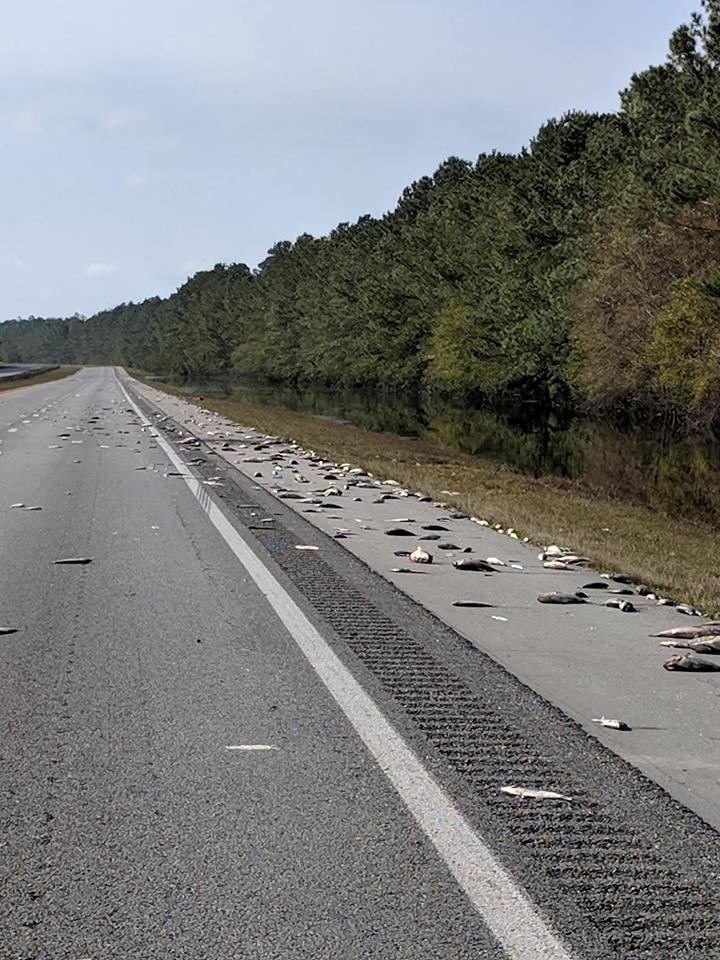 Video of the department's work, posted on social media, had racked up more than half a million views by Sunday morning. It was one of several posts shared over the weekend that highlighted the mass fish fatalities.

A second video showed fish strewn across both sides of the highway and one caught in a fence.

One transportation department employee also posted grisly photos of the scene on Interstate 40. In a comment, someone described the "horrible decaying flesh smell."

Another user wrote that the die-off is sad, but it is a sign of progress.

"It's been a long few weeks. Before and after hurricane. Lots of loss for so many down here."

More than 40 people have died since Hurricane Florence made landfall about 10 days ago, bringing with it high winds and heavy rains that downed trees and swamped towns.

The storm forced road and school closures across the coastal Southeast and has caused tens of billions of dollars in damage.

For Carolinians, the images were yet another display of the unique devastation Florence wrought, causing many to ask a frightening question: In the coming days, as water continues to recede, what else will it leave behind?