Thousands of 'Penis Fish' Have Washed Up on a California Beach

After an influx of dark and stormy weather, residents in California's Bay Area awoke to find their local beach awash with what appeared to be hundreds and hundreds of pulsating pink penises.

"I had no idea what they might be... it went on for two miles," resident David Ford told Vice.

"I walked for another half hour and they were scattered everywhere. There were seagulls lined up the beach the whole way having eaten so much they could barely stand."

This may just be the weirdest thing you've seen today!

Thousands of these marine worms, called fat innkeeper worms—or "penis fish"—washed up on Drake's Beach after a recent storm. ? But why? https://t.co/MwY6xkN3kb pic.twitter.com/vGMpSvGoAT

Baffled by what he was seeing on Drake's Beach, Ford reached out to a biologist at Bay Nature, who explained that yes, while these pink and swollen logs totally look like a bunch of dicks, they are in fact a strange species of marine worm known as the "fat innkeeper" (Urechis caupo) - or, more colloquially, the penis fish.

"Yes, the physical design of the fat innkeeper worm has some explaining to do," wrote biologist Ivan Parr on the Bay Nature website.

"But the fat innkeeper is perfectly shaped for a life spent underground."

It just so happens that 'perfect' shape also looks an awful lot like the most prominent part of male external genitalia, with a pink tip and everything.

Found along the west coast of Northern America, this approximately 25 centimetre-long creature (10 inches) builds its home in sand or mud, burrowing into a nice, safe U-shaped tunnel with an entrance that looks sort of like a "chimney". 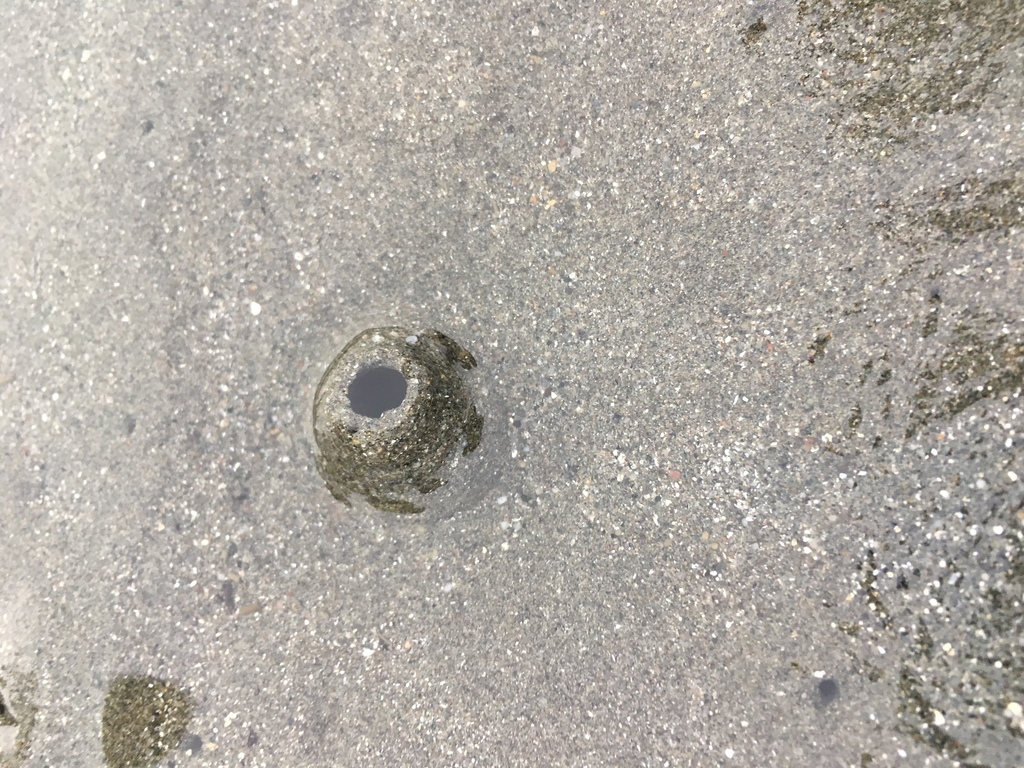 (Rebecca Johnson/iNaturalist/CC BY 4.0) "When the tide is in, the worm slides up to the chimney of its burrow and exudes a sticky mucous net from a ring of glands," explains Parr.

"Sometimes you can see these mucous nets, looking like decaying jellyfish, draped around the burrow entrance."

As the worm digs deeper into its burrow, this creature secretes a slimy net, which slides all the way from the entrance into its mouth.

Using its three layers of muscles, the worm then pumps a bunch of water into its hole, sucking plankton, bacteria and other yumminess into its net, before slurping it all back like a shot.

It's name, the innkeeper, comes from all the freeloading worms, crabs, goby and shrimp who enter its burrow and eat along with it. But building your house out of sand inevitably comes with its risks.

"Strong storms – especially during El Niño years – are perfectly capable of laying siege to the intertidal zone, breaking apart the sediments, and leaving their contents stranded on shore," explains Parr.

Hence a beach full of dicks.