We Just Found 2 of The Most Earth-Like Exoplanets Yet, Only 12.5 Light Years Away

Astronomers are convinced they've found two new Earth-like planets in our galaxy, and both appear so similar to our own, they're now among the top 19 known exoplanets with potentially habitable environments.

Orbiting a neighbouring star in the constellation of Aries just 12.5 light years away, one of these two planets might in fact hold the greatest similarity to Earth we've discovered so far.

"The two planets resemble the inner planets of our Solar System," explains lead author Mathias Zechmeister, an astrophysicist at the University of Göttingen.

"They are only slightly heavier than Earth and are located in the so-called habitable zone, where water can be present in liquid form."

Despite its proximity, this nearby Teegarden's star was only discovered back in 2003. About ten times lighter than our own Sun and one of the smallest stars we know of, the old red dwarf, which is roughly 8 billion years old, has proved a challenge to research.

According to the team, other planetary systems around similar stars have always been detected using the transit method, when an orbiting planet passes in front of a star, blocking Earth's view and causing the bright celestial object to darken for a brief moment.

The alignment and dimness of Teegarden wouldn't lend itself to this method however, so astronomers instead used the CARMENES next-generation telescope designed specifically for such situations. Located at Spain's Calar Alto Observatory, the instrument allowed the researchers to look for any changes in the mini-star's radial velocity.

After three years of close observation, watching for any 'wobbles' produced by orbiting objects, more than 200 measurements indicate the existence of two new planets, now denominated as Teegarden b and Teegarden c.

To make sure the radial velocity data indicating these planets wasn't spoofed by variations in the star's brightness, the researchers complemented their observations with photometric (light measurement) data gathered about Teegarden's Star.

"These studies demonstrate that the signals of the two planets cannot be due to the activity of the star, even though we could not detect the transits of the two new planets," says astronomer Victor Sánchez Béjar from the Instituto de Astrofísica de Canarias (AIS).

Teegarden b is the innermost planet; according to the international team, it has a 60 percent chance of having a temperate surface environment, somewhere between 0° to 50°C and probably closer to 28°C. Teegarden c, on the other hand, sits farther out, and has a surface temperature more like Mars, sitting at roughly -47°C. 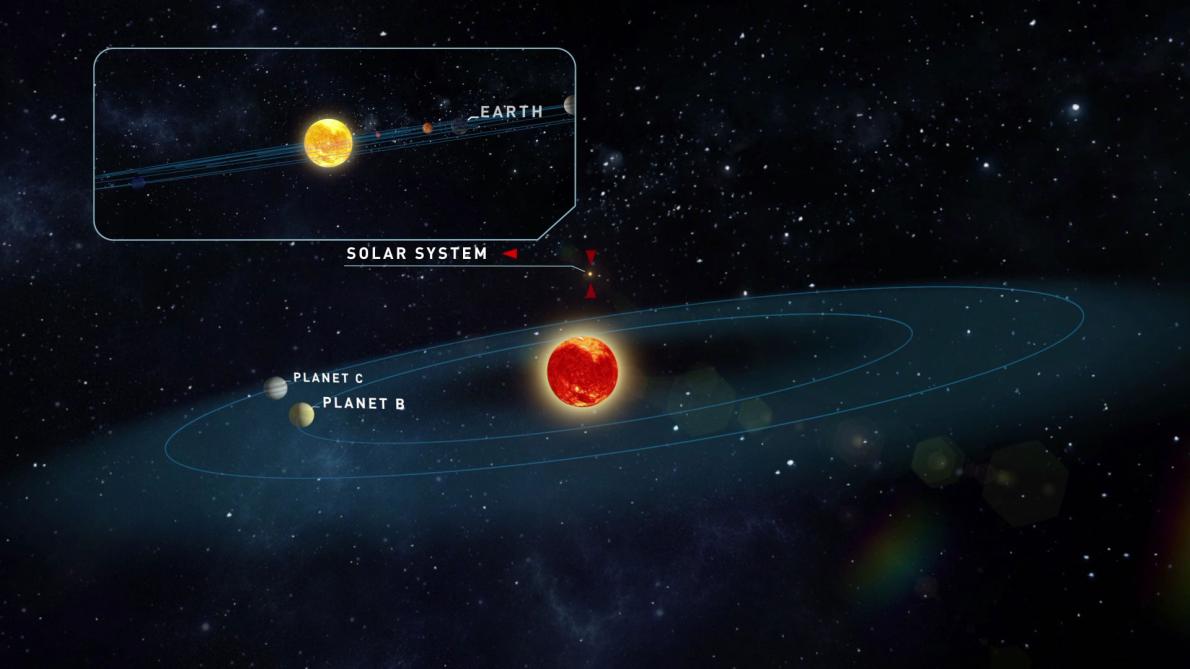 Given their minimum mass and their exposure to solar radiation, both planets have made the Habitable Exoplanets Catalog. In fact, Teegarden b has actually scored the highest Earth Similarity Index (ESI) ever.

While this doesn't necessarily mean that either planet is indeed habitable, it's certainly a promising sign. Zechmeister told The Guardian that if these planets are equipped with atmospheres, they could very well be hospitable to life.

"The planets Teegarden's Star b and c are the first planets detected with the radial velocity method around such an ultra-cool dwarf," the team writes in a paper describing the discovery.

"Both planets have a minimum mass close to one Earth mass, and given a rocky, partially iron, or water composition, they are expected to have Earth-like radii." Lauren Weiss, an astrophysicist at the University of Hawaii who was not involved in this research, told National Geographic there were still some technical details that need to be teased out, but she was impressed by the overall quality of data.

While the team predicts that Teegarden b completes its orbit in 4.9 Earth days, and c does so in 11.4 days, Weiss argues that their journey might go even faster than that, which would inevitably reduce their habitability.

What's more, she adds, we don't yet know precisely how long it takes Teegarden to rotate on its axis; given that astronomers used radial velocity measurements to obtain their discovery, one of these planet detections might still be an artefact of the star's rotation - but probably not both.

As the 24th nearest star system to our own and the nearest fourth with potentially habitable planets, Teegardeen is an excellent candidate for future research, and its potential to harbour life has left us quite excited.