Wildfires Ravaging The Arctic Right Now Are So Intense, You Can See Them From Space

The Arctic is warming twice as fast as the rest of the planet, and after the hottest June ever recorded on Earth, the region is literally on fire.

From Greenland to Siberia to Alaska, huge swathes of flame and smoke are wrapping themselves around the upper Northern Hemisphere of our planet, like a suffocating scarf.

Since the start of June, more than 100 wildfires have sparked and burned in the Arctic circle. In Russia alone, 11 out of 49 regions are currently engulfed in flame. 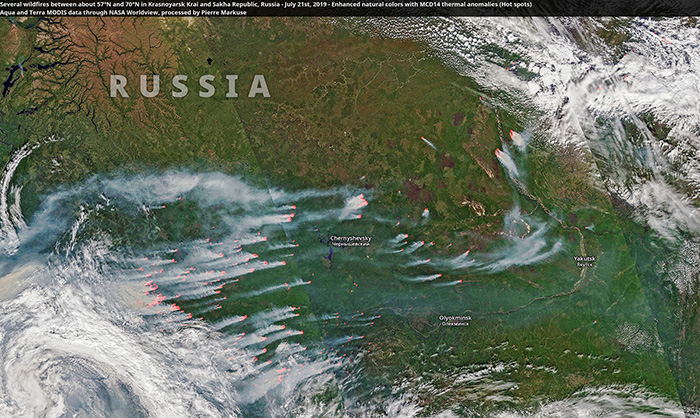 Amid an unusually warm and dry summer, even icy Greenland is experiencing a multi-day blaze that can be seen from space, as the satellite image processed by Pierre Markuse shows below. 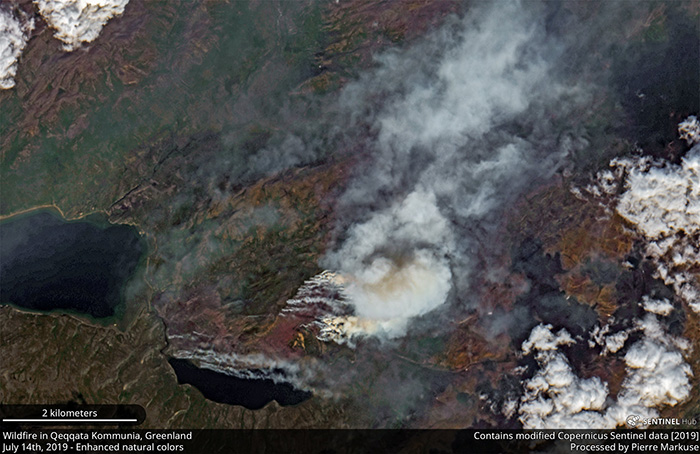 While wildfires in the Arctic are not technically uncommon, in recent years, they have been getting much worse due to global warming. The extreme intensity and sheer number of this year's wildfires is so great, climate scientists and The World Meteorological Organization are calling them "unprecedented".

Thomas Smith, an environmental geographer at the London School of Economics, told USA TODAY that the magnitude of these fires has never been seen in the 16-year satellite record, and because they are burning carbon stores, they are inevitably feeding a vicious warming cycle.

"These are some of the biggest fires on the planet, with a few appearing to be larger than 100,000 hectares (380 square miles)," Smith said.

Even areas that aren't burning are suffering the consequences. According to a report from the NASA Earth Observatory, smoke plumes are spreading right across Russia, swirling into major cities and causing air quality to plummet.

Atmospheric scientist Santiago Gasso tweeted that the Siberian fires "now created a smoke lid extending over 4 and half million square kilometres over central northern Asia. This is staggering."

If nothing is done to curb our carbon emissions, global warming will only get worse, and these extreme fires could soon become yearly events.