Even Vampire Bats Socially Distance Themselves When They Feel Sick

Bats have long endured a bad reputation, even before COVID-19 emerged. These highly mobile creatures that live in clustered colonies are well-known reservoirs of viruses, including coronaviruses, that, as we've seen, can spill over into humans.

But these innocent animals are unfairly maligned. They are important pollinators and pest controllers. And when bats are feeling sick, new research shows they naturally display their own form of social distancing behaviours, similar to the measures we've had to adopt to slow the spread of COVID-19.

The study had scientists tagging a group of wild vampire bats from a colony in Lamanai, Belize, and tracking their social encounters every few seconds over a couple of days. When they injected the bats with a substance that triggered their immune systems, the 'sick' bats clearly changed their behaviour and became less social.

"In the wild, [we observed] vampire bats – which are highly social animals – keep their distance when they're sick or living with sick groupmates," said Simon Ripperger, a bat researcher from The Ohio State University.

"And it can be expected that they reduce the spread of disease as a result."

Previous work from this group of researchers had shown that, in captivity, sick bats sleep more, move less, spend less time grooming other bats, and make fewer social calls (which usually attract their mates). The researchers call this 'sickness behaviour'.

"We really wanted to see whether these behavioural changes also occur in a natural setting where the bats are within their natural social and physical environment," Ripperger told ScienceAlert.

Collecting data on social interactions between bats would also be useful if researchers want to predict how sickness behaviour can reduce the spread of disease in these animals, the same way social distancing does in humans.

So the researchers analysed data from a briefly captured group of 31 common vampire bats (Desmodus rotundus), which are native to Latin America, from a colony roosting inside a hollow tree.

Sixteen randomly selected female bats were injected with a substance to activate their immune system, which made them feel sick for a few hours but didn't cause any real disease. Another 15 bats were given a shot of salty water as a placebo.

Before the 'sick' and healthy bats were returned to their roost, they also had tiny sensors, each weighing less than a penny, glued to their furry little backs.

"The sensors gave us the opportunity to automatically track the behaviour of an entire social group, rather than focal sample individuals at a time, what one usually does in a lab setting," Ripperger said. "That was a great step forward." 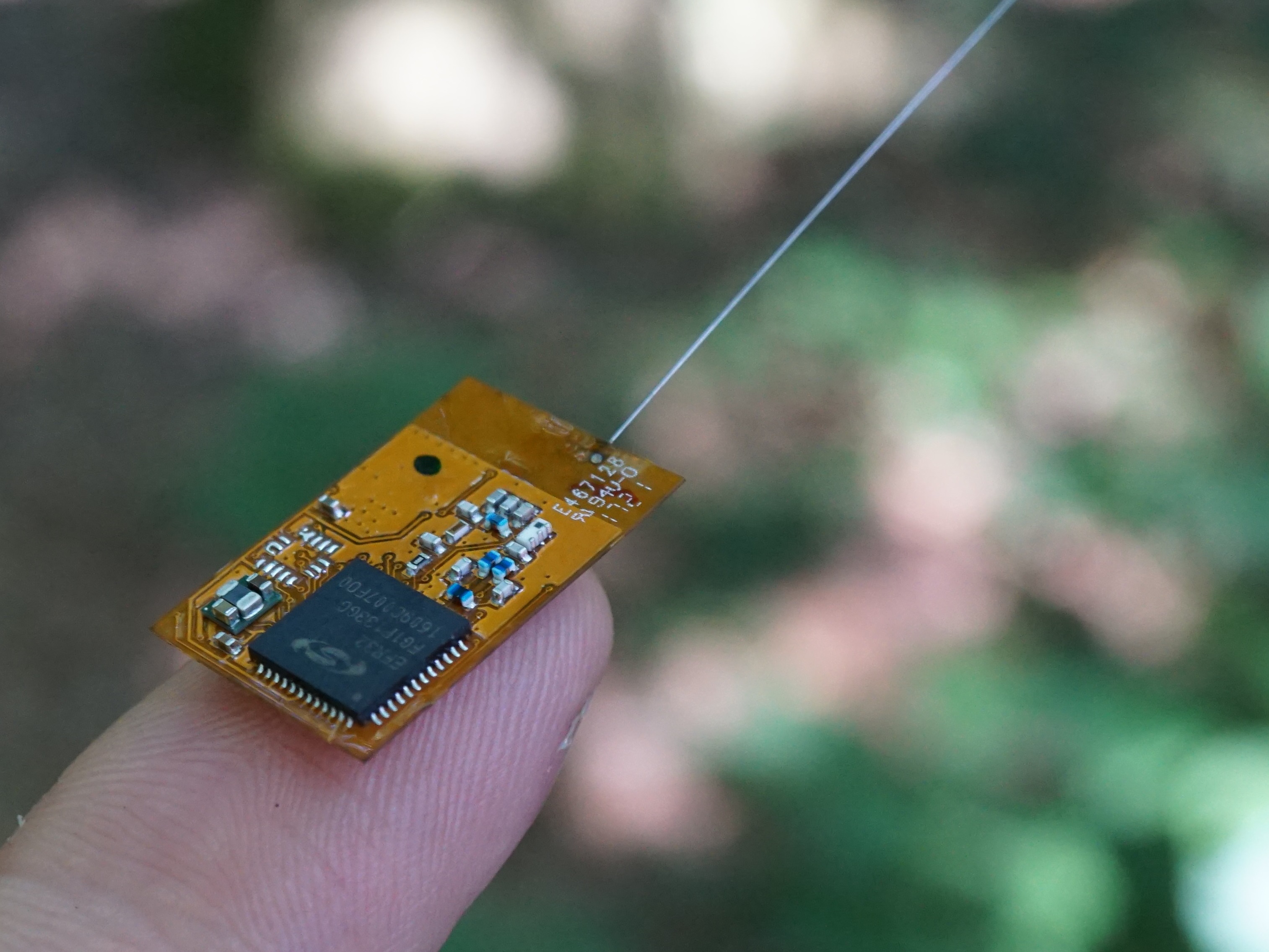 The custom sensors, designed by Ripperger and his colleagues, work by broadcasting a signal every 2 seconds that 'wakes up' any neighbouring sensors (attached to a bat) within 5 to 10 metres.

Every time this happened in the three days after the bats were captured and released, the sensors logged an encounter. From the strength and duration of the pairwise signal, the scientists could tell when two bats came into close contact with one another, and for how long.

"We focused on three measures of the sick bats' behaviours: how many other bats they encountered, how much total time they spent with others, and how well-connected they were to the whole social network," said behavioural ecologist Gerald Carter from The Ohio State University.

In the first six-hour window after treatment, a 'sick' bat had on average four fewer encounters than a control bat, and 'sick' bats spent less time (25 minutes less) interacting with each partner.

As expected, 48 hours later, once the treatment had worn off and the 'sick' bats were feeling better, they mostly resumed their normal social behaviours.

"It was amazing that the effect was so clearly visible," Ripperger told ScienceAlert.

"Even without a complicated statistical analysis you directly saw what is going on simply from looking at the social networks."

It should be noted that because the researchers didn't infect the vampire bats with a real virus or bacteria, they didn't measure the spread of an actual disease in a bat colony, which could influence bat behaviour in other ways.

"It is important to remember that changes in behaviour also depend on the pathogen," Carter said. "Some real diseases might make interactions more likely, not less, or they might lead to sick bats being avoided."

The study also only looked at a small group of bats within a single roost.

Tracking how bats move and interact between colonies will be a greater challenge, especially as scientists are just discovering the huge distances that bats travel – even thousands of kilometres each year – between roosts.

The research was published in Behavioral Ecology.