A Cat Has Been Revived After Being Frozen, Covered in Ice

There's a saying in medicine: You're not dead until you're warm and dead. Turns out it applies to cats, too.

The polar vortex was raging in the Upper Midwest last week, and temperatures had dropped below zero on the morning of Jan. 31 in the city of Kalispell, Mont., near Glacier National Park.

Fluffy — a northwest Montana native and usually confident outdoor cat — got into some trouble.

Fluffy's owners, who did not want to be identified, found her covered in thick chunks of ice and snow near their home last week. They scooped her up and immediately drove her to the vet, which is probably what saved her life.

"She was frozen," said Andrea Dutter, executive director of the Animal Clinic of Kalispell.

"We immediately began to warm her up," Dutter said. "Warm water, heating pads, hot towels . . . within an hour she started grumbling at us."

Fluffy immediately after her thaw. (Courtesy of Animal Clinic of Kalispell) 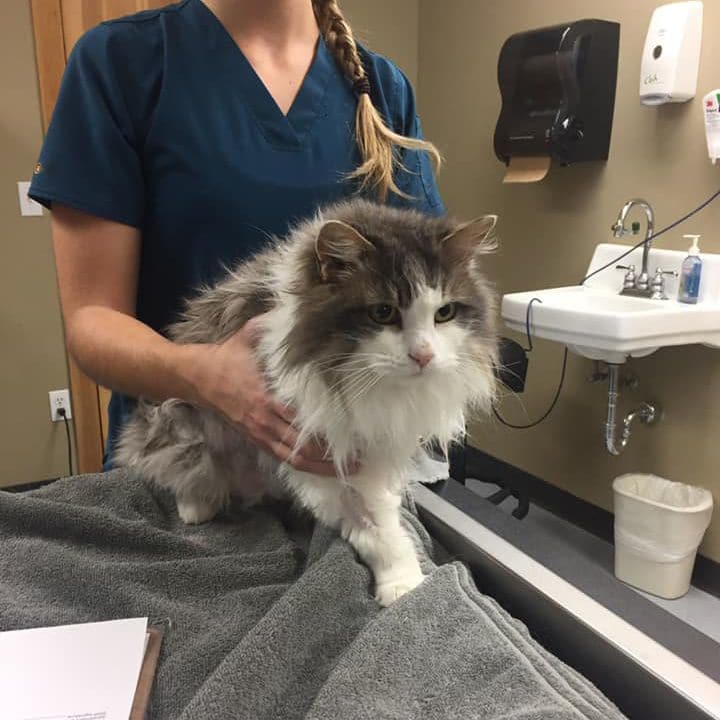 Fluffy is an indoor-outdoor cat who knows her surroundings well, Dutter said. Once she was thawed, the veterinarians discovered that the cat had suffered an injury that prevented her from getting back to the house, although by the time Fluffy reached the clinic, being frozen was her main problem.

Exactly one week later, Fluffy is warm and thriving, and she isn't planning any more outdoor adventures.

Fluffy at home Thursday. (Courtesy of Animal Clinic of Kalispell)