Vintage Photos Reveal What America Looked Like Before Pollution Was Regulated

The Trump administration plans to try to repeal the Clean Power Plan, the Obama administration's main initiative to fight climate change by lowering emissions, according to news reports.

At the same time, EPA Administrator Scott Pruitt has reportedly spent much of his term meeting with executives and lobbyists from companies and industries regulated by the EPA. Many reports also suggest that Pruitt's primary aim is to eliminate environmental protections and dismantle much of the regulatory agency.

Under Pruitt, the EPA has already reversed a ban on a pesticide that can harm children's brains, and moved to rescind the Clean Water Rule, which clarified the Clean Water Act to prohibit industries from dumping pollutants into streams and wetlands.

The agency has also reportedly begun an initiative to challenge climate science, among other rollbacks. Some of these moves have been legally challenged, but others are already in effect.

If Pruitt succeeds in his goal to roll back a significant portion of the rules that protect air and water, we'd return to the state the US was in before these things were regulated.

The EPA was founded in 1970, and soon thereafter began a photo project called Documerica that captured more than 81,000 images showing what the US looked like from 1971 to 1977.

More than 20,000 photos were archived and at least 15,000 have been digitised by the National Archives.

Here's a selection of those photos, many of which show what the US looked like without the air and water protections that exist today.

Many of these photos simply show life in America at the time, but a number also document concerning environmental issues.

An oil slick surrounds the Statue of Liberty. David Shanklin, pictured below at age 19, lived in a coal company town near Sunbright, West Virginia. David's father was killed in the mines in 1954 by a roof fall and he wanted to become a miner, but his mother didn't want him to. Smog, like that seen here obscuring the George Washington Bridge in New York, was a far bigger problem. 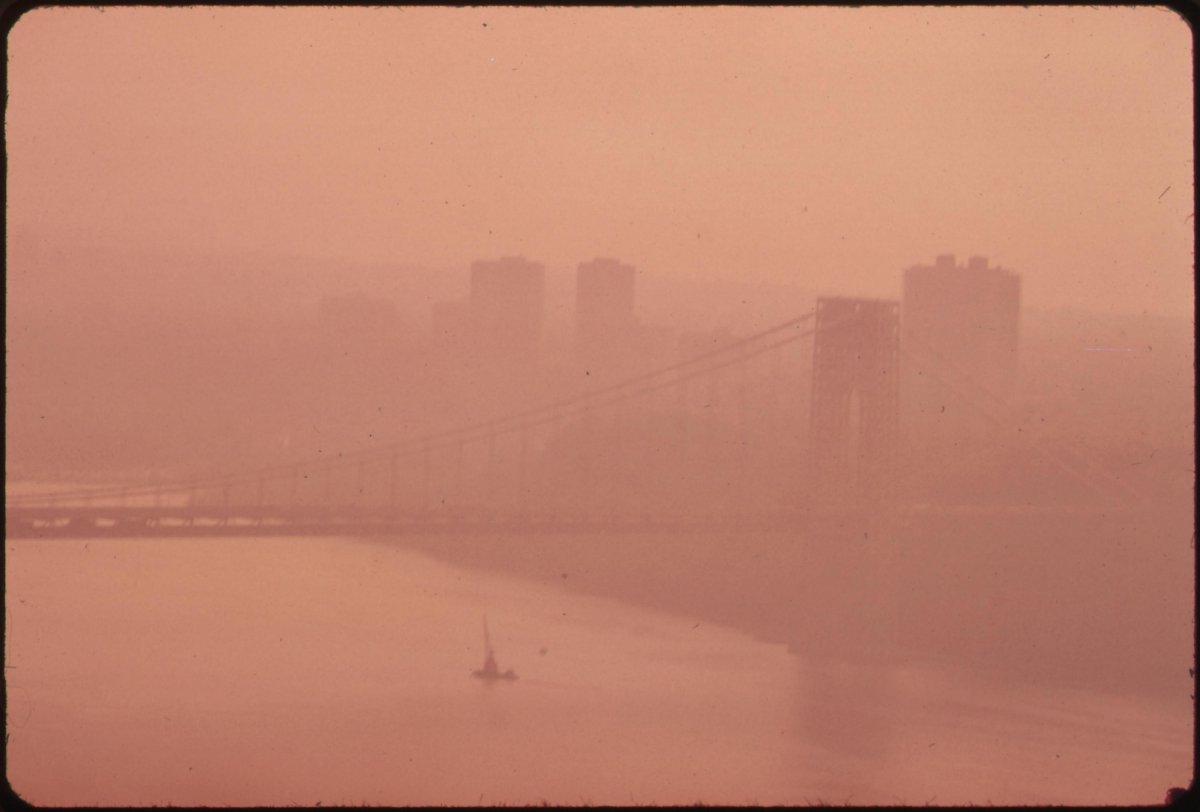 Factories burned discarded automobile batteries in the 1970s, releasing pollutants into the air. Current regulations require the batteries to be recycled without contaminating the surrounding area, although some get exported. Mary Workman of Steubenville, Ohio, holds a jar of undrinkable water from her well in the below photo. She filed a damage lawsuit against a coal company for polluting her water. The EPA now uses the Clean Water Act to keep companies from contaminating drinking water. The Atlas Chemical Company belches smoke across pasture land in Marshall, Texas, in this image. A local farmer told the photographer that the soot and chemicals had killed several of his cows. Air pollution that can cause respiratory illness and other health problems was far less regulated before the founding of the EPA.

The Clean Air Act, which regulates pollution from industry, has prevented more than 160,000 early deaths, 130,00 heart attacks, and millions of cases of respiratory illness. 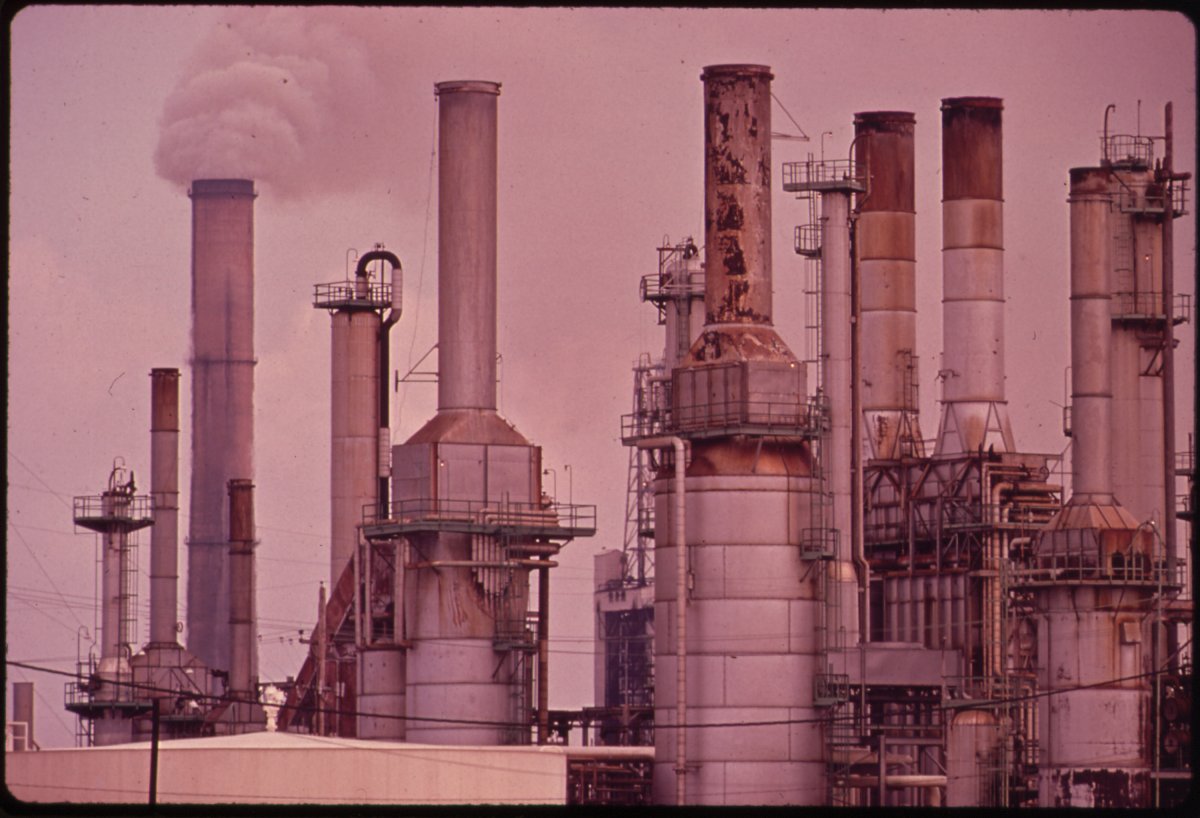 Coal mining companies were far bigger polluters in the 1970s as well. President Trump has pledged to bring a resurgence to the industry, and recently nominated a coal mining lobbyist to be Pruitt's second-in-command at the EPA. Pollution in industrial cities like Cleveland, Ohio, was particularly severe. This photo shows a burning barge on the Ohio River in May, 1972. A fire on the Cuyahoga River in 1969 (the 13th time that river caught fire) helped inspire the creation of the EPA. 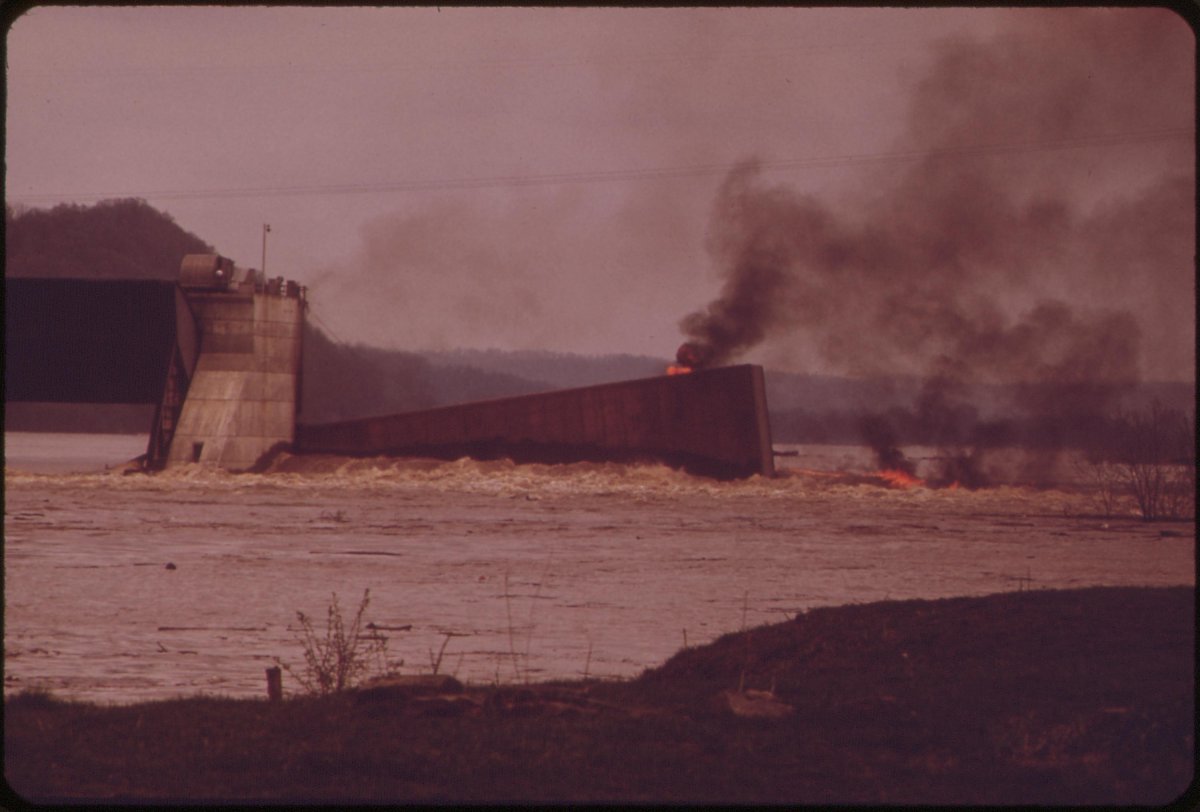 The agency currently helps regulate cleanups of particularly polluted sites. Behind the trash heap in the image below, Manhattan's Twin Towers are visible. All kinds of trash used to get dumped outside of New York City, like this car at Breezy Point, south of Jamaica Bay. The EPA helped institute regulations for how the city disposed of trash to prevent dumping in the Atlantic. Without regulation, more companies and manufacturers would be able to dump pollutants into waters and emit them into the air we breathe.

More from Business Insider:
Trending News
Watch A Great White Become an Orca's Lunch in World-First Footage Nature2 days ago
The Mysterious Phenomenon of Déjà Vu Is Finally Closer to Being Explained Humans2 days ago
Traces of Fungi Found Growing Inside Tumors Could Be Linked With Patient Outcomes Health3 days ago