The Rosalind Franklin rover, designed to collect samples beneath the Martian surface. (ESA)

The European Space Agency (ESA) has unanimously voted to suspend a joint Mars mission with Russia. The mission was slated to blast off for the Red Planet later this year, but that launch is now on hold indefinitely.

On Thursday (March 17), the Council of the ESA said that due to the the tragedy that is unfolding in Ukraine since the Russian invasion on February 24, the agency could no longer carry out "ongoing cooperation with Roscosmos on the ExoMars rover mission with a launch in 2022," referring to the Russian Space Agency and its role in the second part of the ExoMars program that involves sending a rover and a Russian surface platform to the Red Planet.

"As an intergovernmental organization mandated to develop and implement space programs in full respect with European values, we deeply deplore the human casualties and tragic consequences of the aggression towards Ukraine," the ESA said in a statement. "While recognizing the impact on scientific exploration of space, ESA is fully aligned with the sanctions imposed on Russia by its Member States."

Russia developed both the surface platform as well as the Proton rocket, an expendable launch system that was slated to carry the ExoMars goods to the "fourth rock from the sun." In addition, "the rover itself includes Russian instruments and radioisotope heating units supplied by Russia," Jeff Foust reported for SpaceNews.

Related: Is there water on Mars?

Is this the death knell for ExoMars? Not quite, as officials are looking at alternative partners.

NASA is one option, said ESA Director-General Josef Aschbacher, as reported by SpaceNews. About a decade ago, ESA had planned to work on the mission with NASA, but the US space agency pulled out of the program.

In addition, the council said that Aschbacher should begin an industrial study to look at alternative ways to launch ExoMars and place the European-built rover called Rosalind Franklin on the planet. 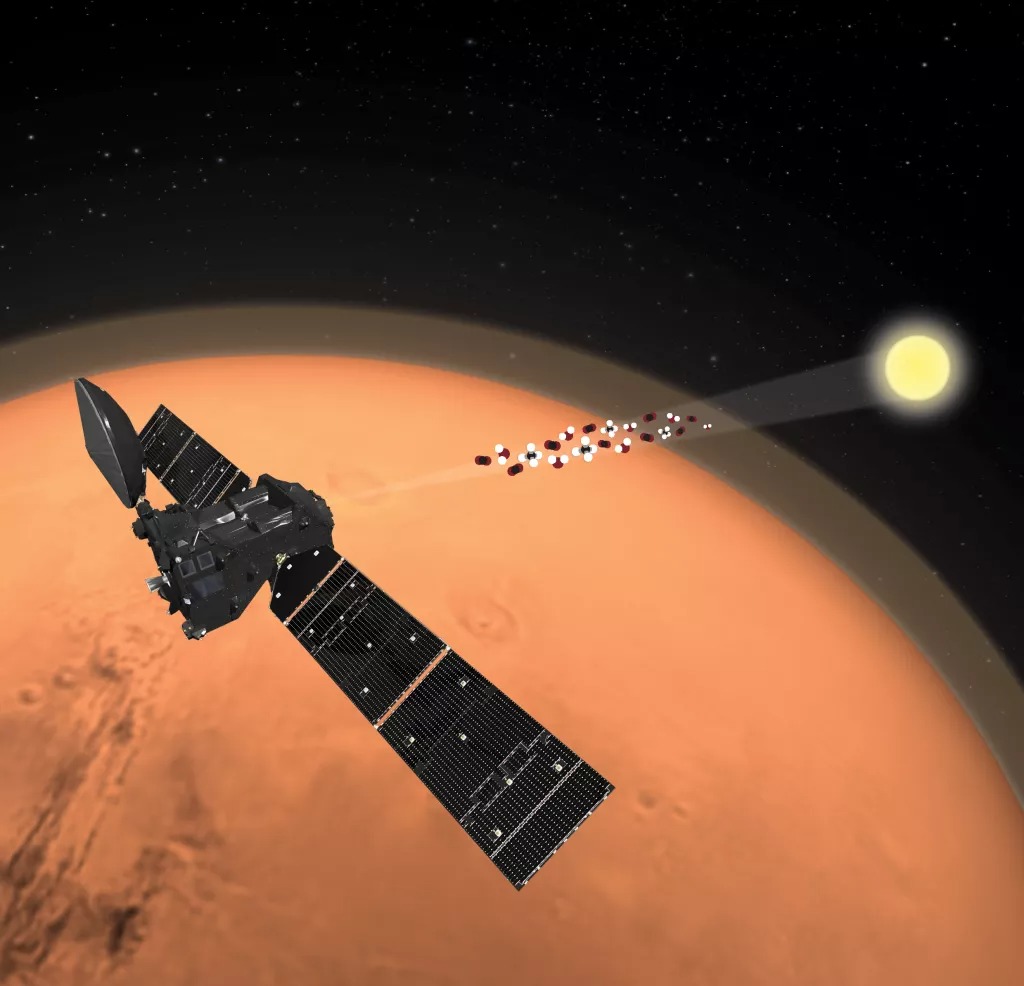 Diagram of ExoMars with its Trace Gas Orbiter. (ESA)

"What we really need to do is to look into these options," he said, as SpaceNews reported. "The options in terms of Europe alone or Europe with other partners."

ExoMars is tasked with answering the question of whether life has ever existed on Mars. The payload-toting rocket was scheduled to launch from Baikonur, Kazakhstan, some time during a 12-day window beginning Sept. 20, 2022, with an estimated Mars touchdown on 10 June 2023.

Once on the Red Planet, the rover would be able to move across the surface, drill down to a depth of 6.5 feet (2 meters), collect samples and then analyze those bits with instruments in an onboard laboratory, according to the ESA.

Because the Martian atmosphere offers little protection from radiation and a chemical reaction called oxidation, underground samples are the most likely to reveal organic compounds, the ESA said. The Rosalind rover has six wheels that can each be steered and driven independently, resulting in a unique type of locomotion dubbed "wheel walking."