It's a simple puzzle, something children can solve. In fact, even animals have demonstrated the form of reasoning – called transitive inference – that we use to answer this kind of problem. But no invertebrates have ever shown this ability, until now.

In new research, scientists suggest paper wasps can use transitive inference much like you and I can – to figure out the relationships between various things that have not been explicitly compared with one another, but which have been previously compared with other items.

"We're not saying that wasps used logical deduction to solve this problem, but they seem to use known relationships to make inferences about unknown relationships," says evolutionary biologist Elizabeth Tibbetts from the University of Michigan.

"Our findings suggest that the capacity for complex behaviour may be shaped by the social environment in which behaviours are beneficial, rather than being strictly limited by brain size." 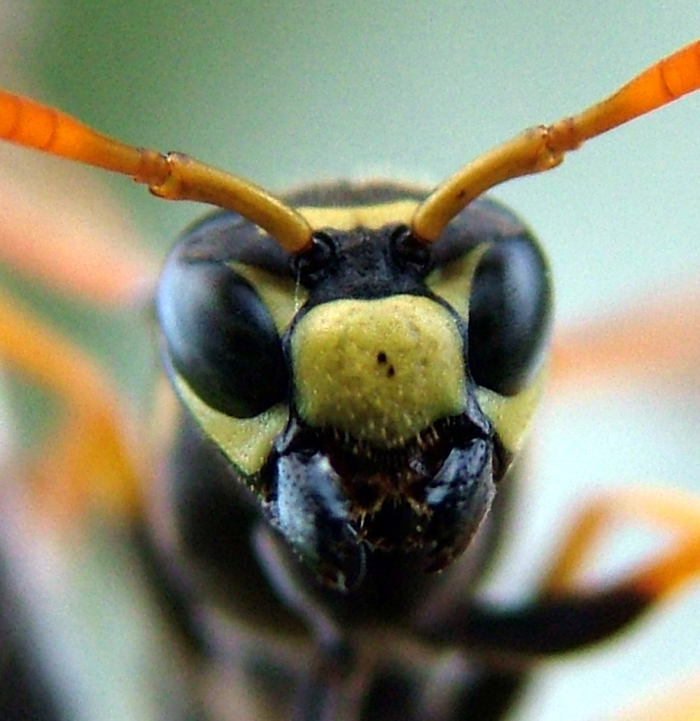 Tibbetts has studied wasps, their behaviour, and their environment for decades, discovering things like their memory of other wasps from previous encounters, and the ways they have of punishing fellow wasps who aren't honest in terms of their waspishness.

Other research she's been involved with has uncovered how wasps evolved better vision to pick up on social cues; now, in the same social vein, Tibbetts suggests wasp society may have also developed their capacity for reasoning – specifically, transitive inference.

Similar experiments have already suggested bees do not possess the same gift, but new experiments with the paper wasps Polistes dominula and Polistes metricus appear to show some insects may infer more astutely than others.

In experiments, the wasps were introduced to a hierarchical grading of colours called 'premise pairs'. The premise of the pairs was that if the wasps landed on colour B rather than colour A, they would receive a mild electric shock.

In turn, the same thing would happen if they landed on C rather than B, D rather than C, or E rather than D. In every case, the colour corresponding to an earlier letter was the safe choice.

Amazingly, when the wasps were then shown colours that had never been presented in a pair before – such as B and D, for example – the wasps displayed a preference for landing on colours that would not shock them about two-thirds of the time.

This demonstrated preference suggests they could be inferring a relationship between novel paired items – combinations of things that had never been explicitly demonstrated to them together before.

"I was really surprised how quickly and accurately wasps learned the premise pairs," says Tibbetts.

"I thought wasps might get confused, just like bees. But they had no trouble figuring out that a particular colour was safe in some situations and not safe in other situations."

As for why paper wasps and bees – who share similarly complex nervous systems – might score so differently in terms of their capacity for transitive inference, nobody can say for sure.

But the researchers think, like so much else in wasp evolution, the foundations for reasoning could lie in the nature of their societal relationships, which are quite different from that of bees.

Unlike bee colonies centred around a single queen, Polistes wasp colonies have more complex social arrangements, as multiple reproductive females called foundresses compete with one another within a single colony, establishing a range of hierarchies.

It's just possible, Tibbetts and her team say, that the resultant pressures of living among paper wasps – and the bristling, rival dynasties set by the foundresses – has given the insects upgraded abilities to make decisions based on social information: inferring subtle distinctions and relationships that a mere bee has never had to glean.

"Species like Polistes wasps that have complex social lives may benefit by organising information linearly because this allows individuals to rapidly make deductions about novel social relationships," the researchers explain in their paper.

"As a result, socially flexible taxa may be predisposed to spontaneously organise information along a common underlying dimension, as required for transitive inference."

That's the rough idea, anyhow, although the researchers acknowledge it's just a hypothesis for now, until future experiments reveal clearer evidence, so that we ourselves can better infer what's really going on here.

In any case, regardless of where they get it from, we know these wasps know how to join the dots in a way no other insect has ever been shown to do – and that's a remarkable thing to see.

The findings are reported in Biology Letters.