Today marks the 15th anniversary of one of the greatest engineering feats in human history. The International Space Station (ISS) has been orbiting 400 kilometres above the Earth since 1998, but a rotating crew of astronauts didn’t start living there continuously until November 2, 2000.

When the first astronaut crew arrived at the space station 15 years ago today (or yesterday, depending on where you are in the world), it was comprised of just three room-sized modules. Today, the ISS is a football-field-sized laboratory in space.

It took a collaboration of several space agencies and about US$100 billion (some argue US$150 billion after accounting for inflation) to launch and assemble all the pieces of the station. It’s made of several modules that span 109 metres when they’re all stuck together.

This incredible time lapse video from NASA shows the assembly of the ISS. The first piece launched in 1998, and the last major addition was made in 2011:

Here’s what one of the modules looks like on the inside: 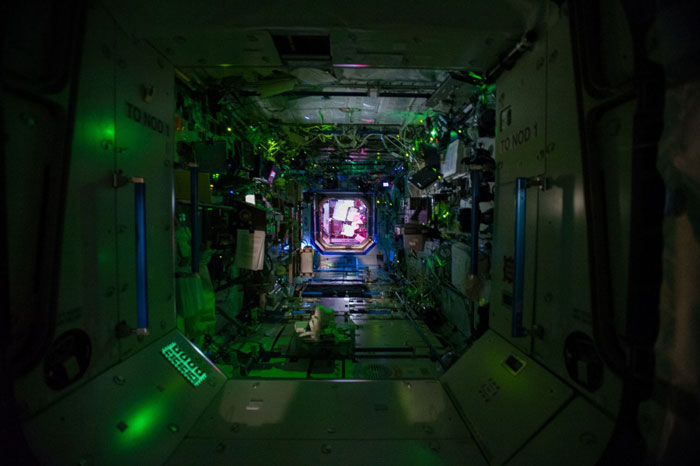 Space agencies have performed hundreds of experiments in the 15 years that humans have spent on the ISS. We’ve learned a lot about space travel, how the human body changes in space, and what it will take to explore farther out into the cosmos.

This NASA graphic shows some of the highlights of the ISS from the past 15 years: 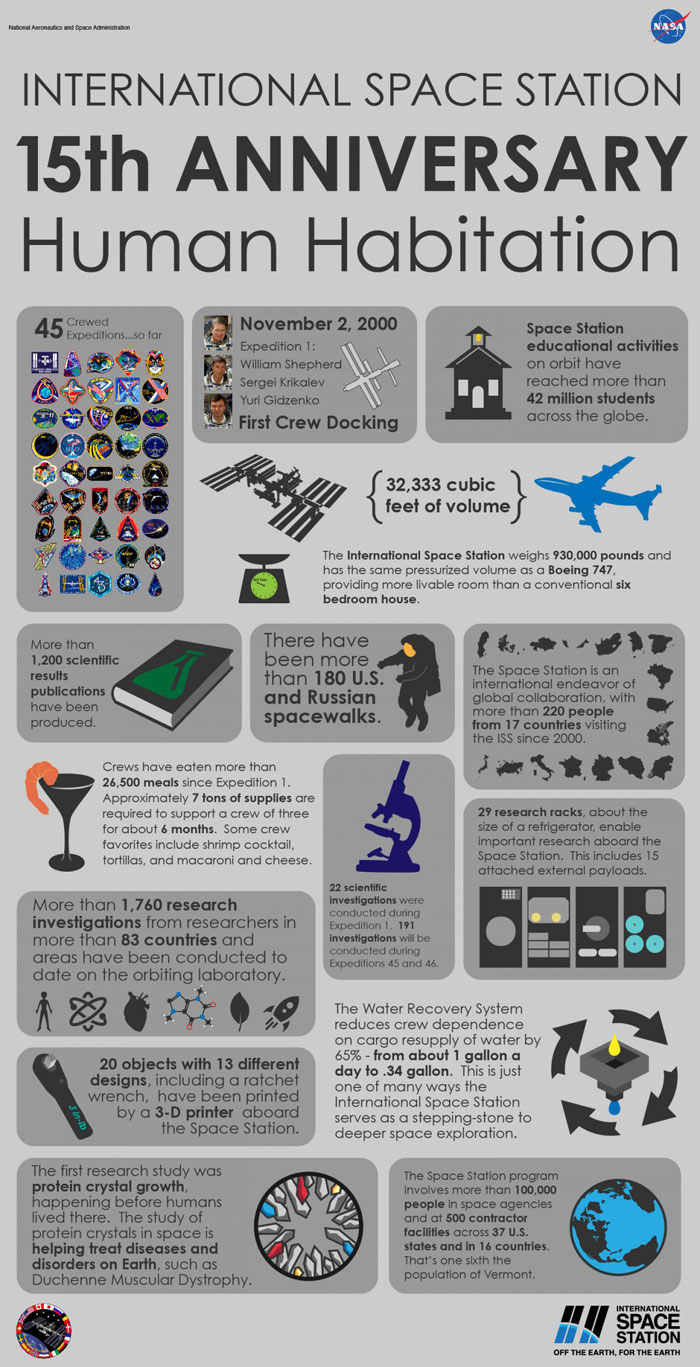 Space agencies have pledged to support the space station until at least 2024. After that, it will meet a fiery end during an intentional deorbit into the Pacific Ocean.