Watch a 2,300 Kg Piece of Space Junk Collide With Earth

Right now, a piece of space junk named WT1190F is on a suicidal collision path toward Earth. It is scheduled to re-enter our atmosphere next Saturday, November 14 at 6:20am AEDT (2:20pm Friday EST and 7:20pm Friday UTC) over the Indian Ocean, about 100 km off the coast of Sri Lanka.

Upon re-entry, WT1190F will put on quite a show as it races through the skies, generating tremendous heat from friction against air molecules in the atmosphere. At a critical point, the heat grows so hot that it bursts into flame, and what you get is a marvellous fire works show.

This happened back in 2008, when the European Space Agency sentenced one of its Automated Transfer Vehicles, called Jules Verne, to death by re-entry.

Check it out below:

Now, Jules Verne was significantly larger than WT1190F, so the show won’t be nearly as spectacular next Friday as the GIF above.

However, observational astronomer for Lowell Observatory, Nicholas Moskovitz, suspects that people along the Sri Lankan coast might get a glimpse if they’re looking in the right place at the right time.

"Unfortunately, it is right around mid-day, which means the sun is going to be up, but the object is probably going to get as bright as the full moon," Moskovitz told Business Insider. "So, if you’re looking in the right location … you could probably see it."

While Jules Verne (shown below) weighed over 2,300kg, WT1190F is a hollow shell no longer than seven feet. It’s a residual shell from a long-lost mission, but which mission is hard to say, Moskovitz said.

"It turns out it’s really hard to keep track of all the junk that’s out there in space," he said. "It’s unlikely that we will be able to link this back to a specific piece of spacecraft."

Regardless, the re-entry of WT1190F is a special event because it’s the first time scientists have calculated the exact time and location a piece of space junk will collide with our planet.

In contrast, re-entry events like Jules Verne are planned well in advance because leaving something that large up in space is a recipe for disaster — what with the more than half a million pieces of man-made space junk already orbiting Earth at 17,500 miles per hour. Here’s an illustration of just how much space junk there is: 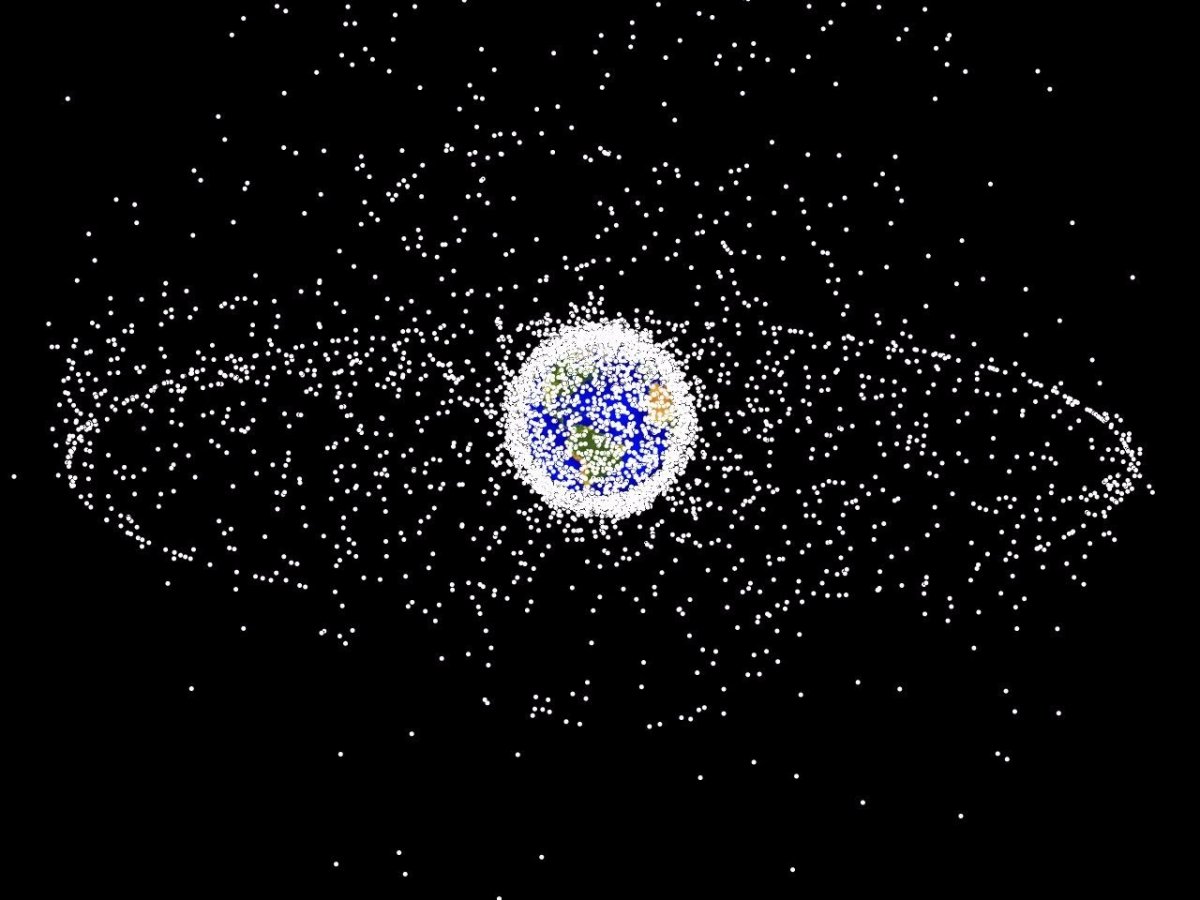 We want to minimise the chance for collisions as much as possible because an impact could destroy are damage a satellite, including the International Space Station. To reduce collisions we must reduce clutter.

Unlike Jules Verne, WT1190F’s re-entry is not planned. And we’re lucky to have spotted it because studying how this object re-enters Earth’s atmosphere and breaks up will provide invaluable information for how other un-chartered objects, like meteors, might behave.

WT1190F is expected to incinerate completely before reaching the ground, therefore posing no threat to the sailor or sea life beneath its re-entry point.

Watch the full show of Jules Verne burning up in Earth’s atmosphere in the video below, or on YouTube: