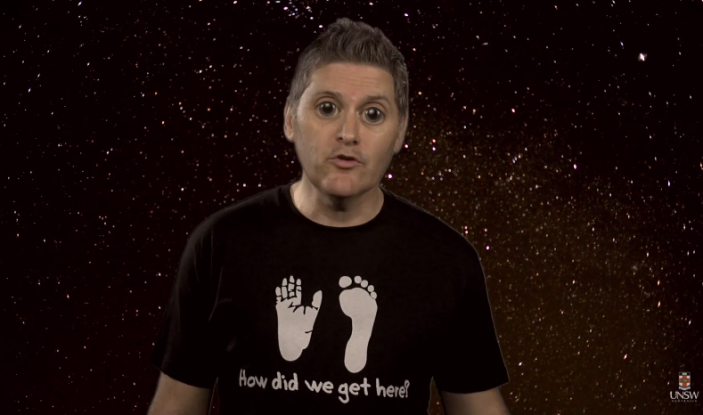 It's commonly believed that we've stopped evolving. But, as the first episode of the University of New South Wales (UNSW)'s new YouTube series 'How Did We Get Here' explains, that's definitely not the case. In fact, humans may be evolving faster than ever before... well, sort of.

As evolutionary biologist Darren Curnoe from UNSW Science explains above, evolution is built into the basic fabric of our biology, and it's not going to stop happening anytime soon. This is because of the way our DNA copies itself and mixes itself up, resulting in each person being genetically unique.

These genetic differences from person to person mean that, if we change the environment just a little bit, some people are going to be better adapted to survive in it and pass their genes on to their offspring.

But, of course, these days, we're changing the environment more dramatically and rapidly than ever before, which means that certain genetic traits are being favoured more quickly too. In fact, scientists believe that more than 70 percent of genetic variation and 90 percent of disease genes in the descendants of farmers have arisen in just the past 5 to 10,000 years - ever since the invention of agriculture. In the grand scale of things, that's pretty damn fast.

In fact, some scientists even think that the amazing number of rare genetic mutations that are cropping up today could trigger a whole new species of human to evolve. And they might look pretty different, depending on the environment they're adapted to.

But we don't want to give too much away, watch the episode above to find out more about how evolution affects humans today unlike any other time in the past. Trust us, Curnoe does a much better job of explaining it than we do.

And don't forget to subscribe to UNSW TV to get a new episode of 'How Did We Get Here' every second Wednesday. You can see the trailer for the series below. We're excited!

Love science? Find out more about the ground-breaking research happening at UNSW Science.