WATCH: Here's How SpaceX Plans to Land on Mars in 2018

With our space-faring hopes and dreams resting firmly on Mars, we really just want to get there, set up shop, and start building incredible human colonies that could sustain us well beyond whatever horrible fate awaits us on this slightly terrifying pressure cooker we call Earth.

Fortunately, figuring out how to get us elsewhere in the Solar System (and maybe even beyond) is no longer the sole jurisdiction of the likes of NASA and the European Space Agency (ESA) - private space companies like SpaceX and Blue Origin have been making incredible progress of late in not only advancing the propulsion technologies we need to get up and away from Earth, but in figuring out how to get everything back safely on the ground.

If there's one thing that's holding us back when it comes to space exploration, it's money, and reusable rockets - like the one SpaceX landed so stunningly over the weekend - can save us a whole lot of it.

If you can launch payload after payload using the same first stage booster and rocket - like SpaceX's Falcon 9 demonstrated for the third time in a row is possible - you're not going to be wasting precious funds building new ones every time, like we do right now.

As astronomer Phil Plait explains for Slate, "[T]he plan from SpaceX is to recover the first stage, clean it up, and reuse it, thereby saving many millions of dollars over building another one from scratch."

To kick its reusable rockets program up a notch and make Mars a viable option, SpaceX has been figuring out how to combine the technology of its Dragon 2 spacecraft, which, through various iterations, has been taking payloads to the International Space Station (ISS) since 2012, and its reusable Falcon 9 rocket.

Enter Falcon Heavy: the new rocket SpaceX is working on to get payloads to Mars - about 225 million km away, depending on planetary orbits - and back again by 2018.

"This monster rocket is essentially three Falcon 9 boosters strapped together, with the ability to send almost 30,000 pounds [13,607 kg] of payload to Mars," says the Business Insider video above.

Well, not so fast, because while SpaceX has been experiencing great success in landing their rockets on Earth of late, it's going to be even harder to land on Mars, because its atmosphere is around 1,000 times thinner. "Simple parachutes won't slow a vehicle down enough to land safely," says the video.

But there is a solution, and it rests on Mars's insane atmospheric heat. I'll let the video above explain the details of SpaceX's plan to get reusable rockets to Mars and back in just TWO YEARS time, but let's just say the company is so confident it'll work, they've even started quoting how much it will cost you to send a package to Mars aboard Falcon Heavy: 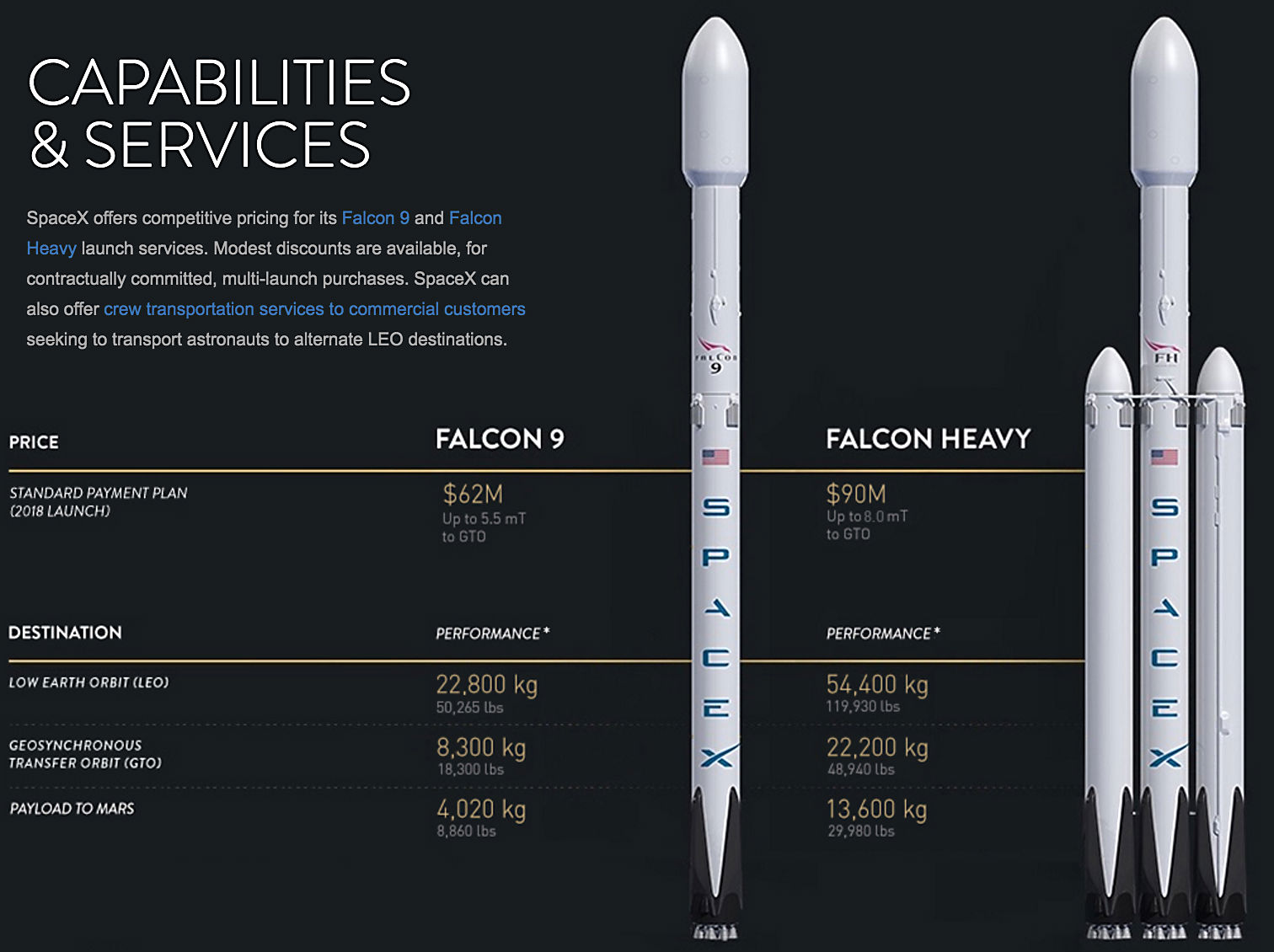 That U$17 to send a letter to Mars is starting to sound not so bad after all...

Update: We originally stated that the Dragon 2 has been taking humans to the ISS since 2012. This is incorrect - it has only been ferrying payloads. The article has been corrected.