Astronomers working with NASA’s Solar Dynamics Observatory (SDO) spacecraft have witnessed an unusal 'double eclipse', where both Earth and the Moon cross in front of the Sun at the same time.

While Earth blocks SDO’s view of the Sun once a day during its semi-annual 'eclipse season', witnessing a double eclipse is remarkably rare, and the good news is that NASA has the pictures to prove it.

"In the SDO data, you can tell Earth and the Moon’s shadows apart by their edges: Earth’s is fuzzy, while the Moon’s is sharp and distinct," the team explains.

"This is because Earth’s atmosphere absorbs some of the Sun’s light, creating an ill-defined edge. On the other hand, the Moon has no atmosphere, producing a crisp horizon."

It's a bit tricky to make out Earth in this still image, but if you take a look at the video below, you can see this awesome phenomenon in action. 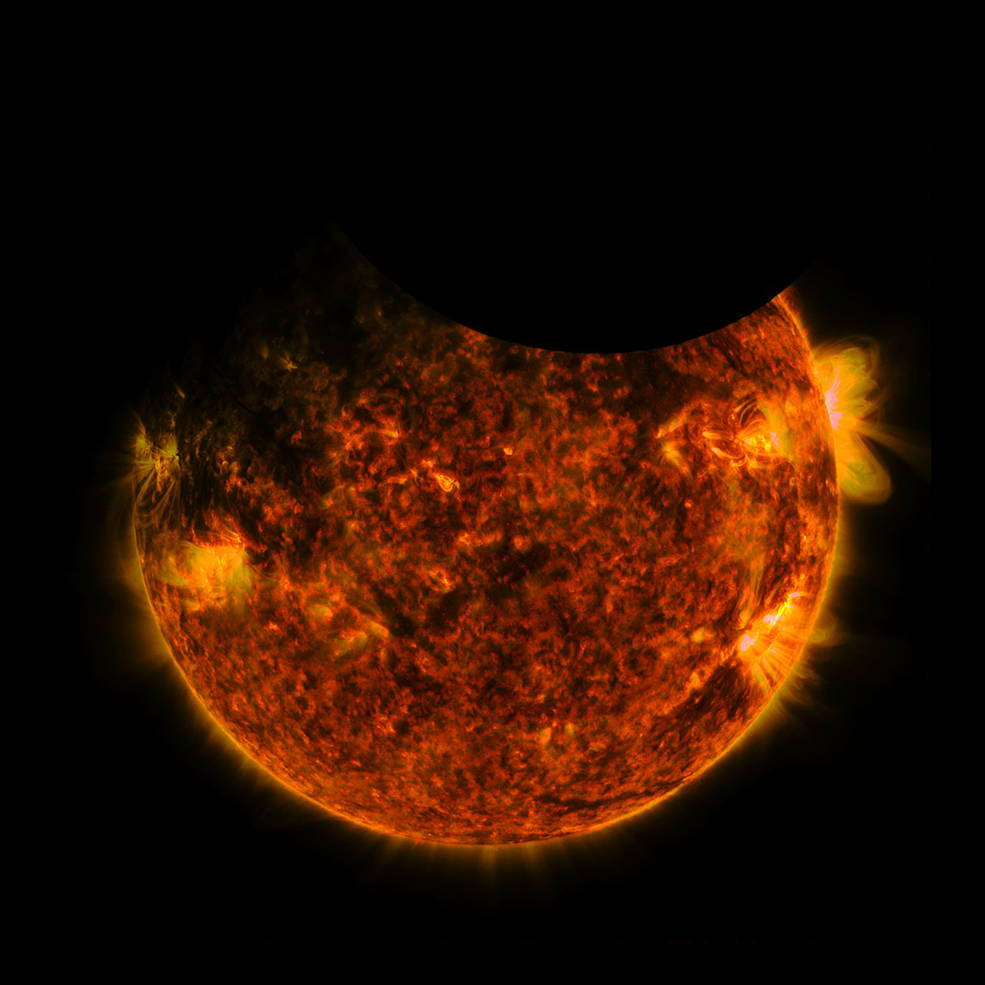 NASA’s SDO satellite is a roving space observatory that's in geosynchronous orbit around Earth. Its sole mission is to observe the activity of the Sun.

Since its launch in February 2010, it has provided a plethora of interesting data points and images that have helped astronomers to gain a better understanding of solar activity, and the newly documented double eclipse is just one of the cool recordings it has gathered.

So how does a double eclipse actually work?

Well, since the SDO is orbiting Earth, and Earth is orbiting the Sun, twice a year, the observatory enters a period where our planet sits between it and the Sun.

And on September 1, as the SDO experienced a regular eclipse, it passed around Earth to see that the Moon was also blocking its view - an extremely rare event that basically boils down to lucky timing.

Even cooler than that - at roughly the same time the SDO was experiencing a double eclipse, people in southern Africa were witnessing a 'ring of fire' eclipse, which is a total solar eclipse that happens when the Moon is at its furthest point from Earth.

"The increased distance causes the Moon’s apparent size to be smaller, so it doesn't block the entire face of the Sun. This leaves a bright, narrow ring of the solar surface visible, looking much like a ring of fire," the SDO team said.

Check out the video below to see the double eclipse in action: