NASA's history-making flyby of Pluto this year with its New Horizons spacecraft keeps coming up with the goods, and these latest images sent back from the probe give us our closest look yet at the icy dwarf planet.

The images on this page and collected in this video are the sharpest views of Pluto ever seen (by human eyes), and could be the closest we get to Pluto for decades. Even though New Horizons performed its flyby of Pluto several months ago, the probe captured an awful lot of data on that unique sight-seeing trip, and it's still transmitting the highlight reel back to HQ.

"These close-up images, showing the diversity of terrain on Pluto, demonstrate the power of our robotic planetary explorers to return intriguing data to scientists back here on planet Earth," said John Grunsfeld from NASA's Science Mission Directorate. "New Horizons thrilled us during the July flyby with the first close images of Pluto, and as the spacecraft transmits the treasure trove of images in its onboard memory back to us, we continue to be amazed by what we see." 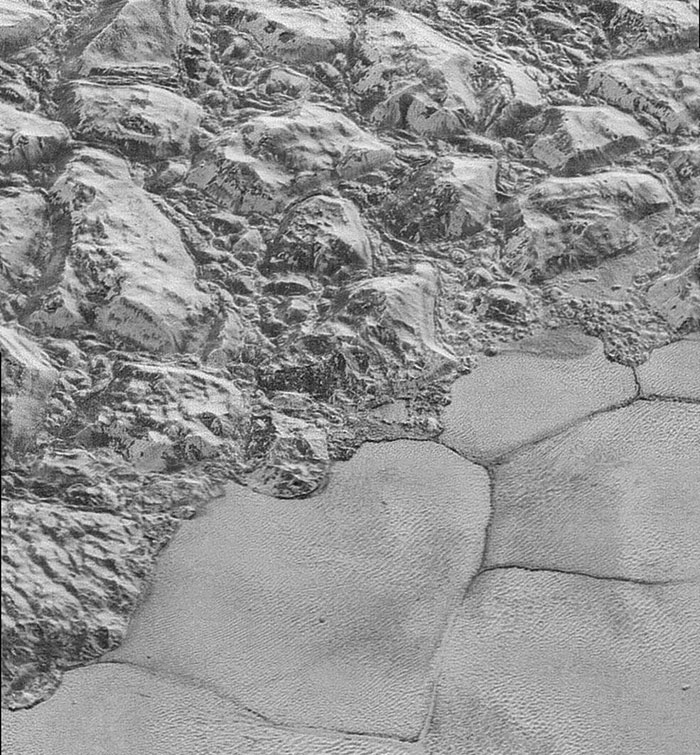 These images, taken during New Horizons' approach to Pluto, show approximately 77–85 metres (250–280 feet) of the dwarf planet's surface per pixel, revealing features less than half the size of a city block for the first time.

Taken together, the reel of images records a strip 80 kilometres (50 miles) in length, extending from Pluto's horizon, down across the al-Idrisi mountains, over the shoreline of Sputnik, and across the icy plains that cover much of Pluto. The shots were taken by New Horizons' telescopic Long Range Reconnaissance Imager (LORRI) about 15 minutes before the craft's closest approach, at a range of about 17,000 kilometres (10,000 miles). 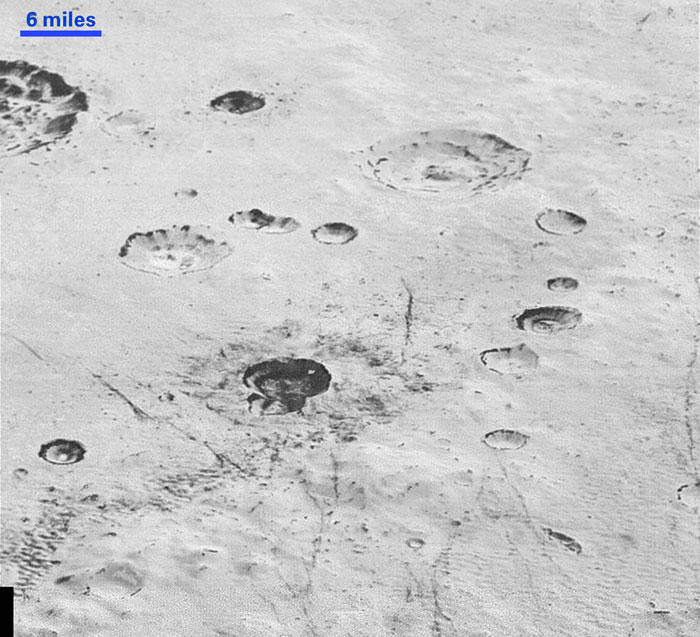 We've assembled a few of the key snaps here, but if you really want to explore Pluto in all its icy glory, there's also a composite vertical panorama, which you can freely zoom in on and pan up and down to your heart's content.

"These new images give us a breathtaking, super-high resolution window into Pluto's geology," said New Horizons principal investigator Alan Stern. "Nothing of this quality was available for Venus or Mars until decades after their first flybys; yet at Pluto we're there already – down among the craters, mountains and ice fields – less than five months after flyby! The science we can do with these images is simply unbelievable." 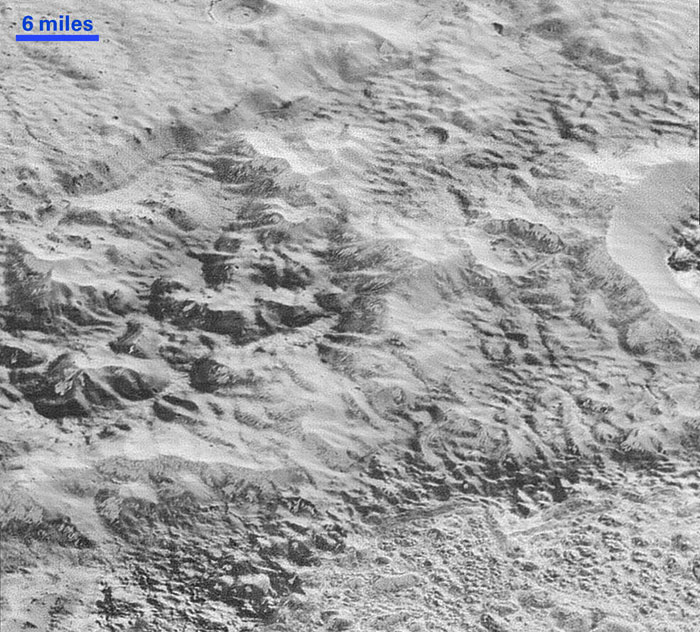