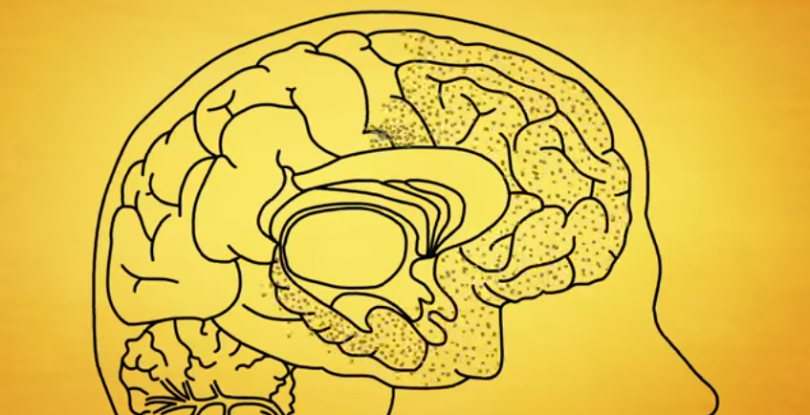 WATCH: This Is Exactly What Alzheimer’s Does to The Brain

For a disease that affects one in 10 people over the age of 65, not many people know exactly how Alzheimer’s works on a scientific level. Well, at least we didn't. It's such a personal and devastating disease with so few physical symptoms that it's hard to wrap your head around the mechanics of it in comparison to something like Ebola or HIV.

But there’s a very clear scientific process going on behind the scenes, and a series of incredible animations released by AboutAlz.org breaks them down step-by-step in an attempt to reduce some of the stigma surrounding the disease.

“These very-short "pocket" films are designed to be viewed anywhere at anytime: a doctor's office, a Congressional hallway, a family living room. Please take them. Put them on your own website or PowerPoint presentation; play them on your phone or tablet. They are free for non-commercial use. Understanding Alzheimer's better will reduce stigma, improve care, and help the public fight against the disease.”

As the introductory animation above describes, Alzheimer’s begins when two abnormal protein fragments, known as plaques and tangles, accumulate in the brain and start killing our brain cells. The disease starts in the hippocampus, which is the region of the brain where memories are first formed, and over several years it interferes with a patient’s ability to create new memories.

After destroying the hippocampus, the plaques and tangles then spread to the region where language is processed, making it difficult for sufferers to communicate, and the front of the brain, which controls logical thought. Next, the part of the brain that regulates emotions is attacked, making people lose control of their feeling and act irrationally. The protein fragments then move to the part of the brain that makes sense of everything we perceive, such as sights, sounds and smells, which can cause confusion and hallucinations.

On average, this debilitating process takes around eight to 10 years (although it can be much faster). And while researchers have made progress developing earlier tests and identifying potential treatments, there’s still no treatment. So share the video with anyone you can, because it’s only by better understanding a disease that we can hope to cure it.