This Unsettling Experiment Shows How Liquefaction Occurs During an Earthquake

Earthquakes are devastating enough on their own, but when you combine saturated, loose, or sandy soils with all that pressure, the ground transforms, and liquifies beneath your feet.

When the earth below starts behaving like a liquid, whole buildings can topple over in the quicksand, while entire streets of houses will buckle and tilt like a surrealist painting manifest into reality.

And the thing is, it's surprisingly simple to get the right conditions for heavily liquified soil.

As the video below by the Illinois State Geological Survey demonstrates, if you take some partially saturated sand and put it in a tray, emulate an earthquake by whacking the base a few times, you'll turn the sand into soup:

Anything hidden below the surface - the ping pong ball here represents a buried storage tank - is driven upwards and exposed, while the brass weight 'building' sinks into the mire.

While the sand looked quite damp to begin with, after the 'earthquake', actual puddles of water become isolated and form around the objects, and the whole area looks like it's just been flooded.

That compression might sound like a good thing if you want solid ground to strand on, but if the soil contains a lot of water, that liquid starts to move into the gaps that form between the soil grains - called pore spaces.

This causes the soil particles to lose contact with each other, significantly decreasing the overall strength of the ground, while at the same time, the water is responding to the increased pressure by trying to move up towards the surface.

"If you push the plunger down too quickly, the water and coffee grounds are put under pressure. If they find a gap around the edge of the plunger, they spray up all over the bench or table."

You can actually see the groundwater rising to the surface in this footage of a 2011 New Zealand earthquake:

And here's a ridiculous demonstration of what it looks like once the soil has been liquified:

The results can be devastating and strange, as you can see in this image of the 1964 Niigata Earthquake in Japan: 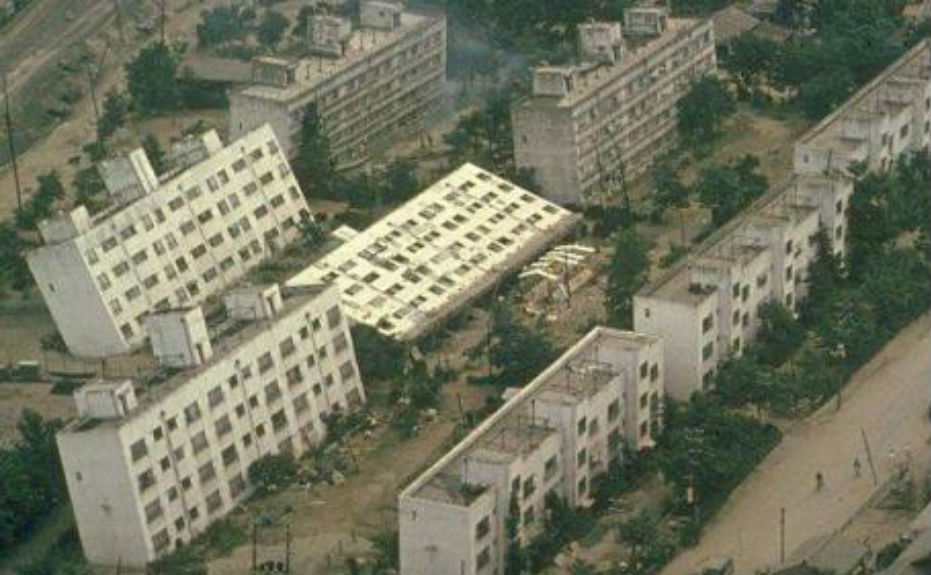 And this eerily warped street in San Francisco, after the 1906 earthquake: 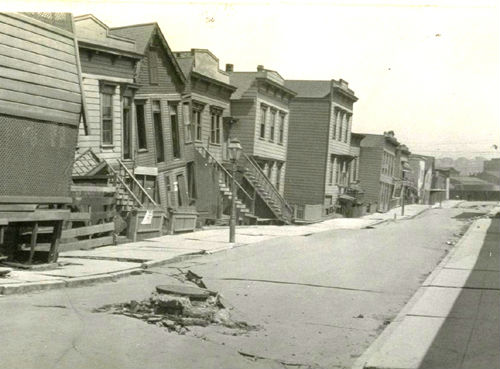 It just goes to show that even the ground beneath your feet might not be as solid as you think, but so long as your house isn't on it, it sure looks cool as hell: