Welcome to Slope Point, Where The Trees Grow Sideways

The trees of Slope Point – a small patch of land at the southernmost tip of New Zealand’s South Island – are unlike anything else in the world.

The species themselves aren't too different to those you'd find else where on the island, but in this particular location, the trees all end up growing sideways, looking like dense patches of windswept hair.

Thanks to it lying so far south, Slope Point experiences heavy winds all day, every day. This is because it’s about 4,803 kilometres (2,984 miles) from the South Pole and a whopping 5,140 kilometres (3,193 miles) below the equator.

This location at -46.6601 degrees latitude is important because it means that Antarctic winds can travel a full 3,218 kilometres (2,000 miles) uninterrupted before smacking into it, causing a constant, inescapable torrent of wind.

To make matters worse - or more awesome, depending on how you look at it - the windswept fields that make up Slope Point abruptly end with a cliff drop to the chilly ocean below. 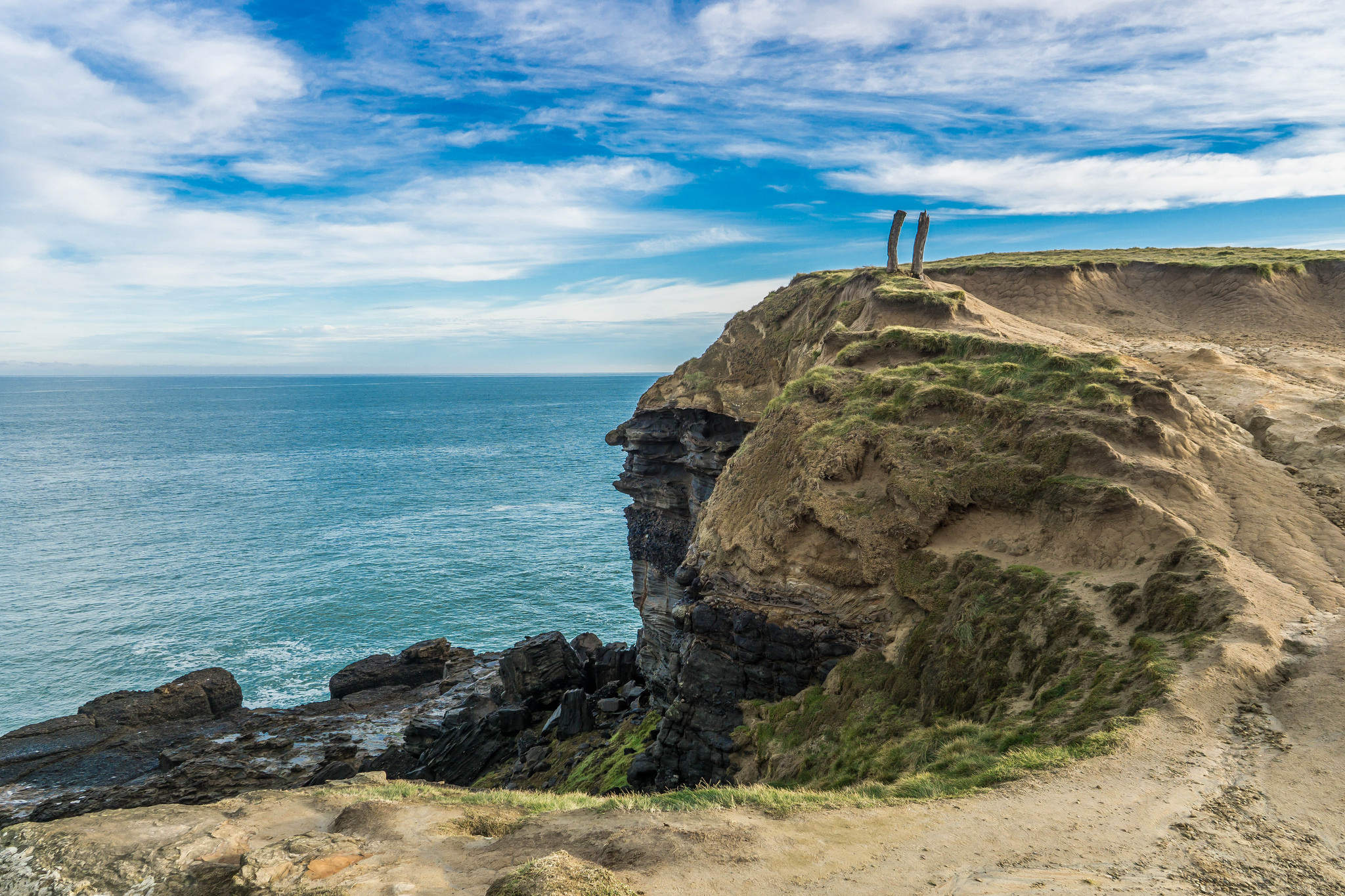 "It is not a wind that will necessarily break and snap at will, although clearly it can, it is its sheer relentlessness, like a gnawing toothache, that never ceases until total submission from the victim is achieved."

Thanks to all that wind, the trees, which were planted by sheep farmers to offer their flocks some protection, grow crooked and sideways in a way that is completely unique to Slope Point.

The wind and rocky cliffs also keep people away for the most part. The area around Slope Point is used for sheep farming, though there aren't any houses - just a few extremely battered shacks - that call Slope Point proper home.

Slope Point isn’t the only place on Earth that has crooked trees. The aptly named Crooked Forest in Poland features trees that are bent at 90 degrees at their base.

Unlike Slope Point, researchers think that the Crooked Forest was actually crafted this way by humans shaping the trees, possibly in the 1930s. Why someone would spend so much time shaping trees, though, remains a mystery.

Check out the images below to see more of the wind-battered trees of Slope Point: 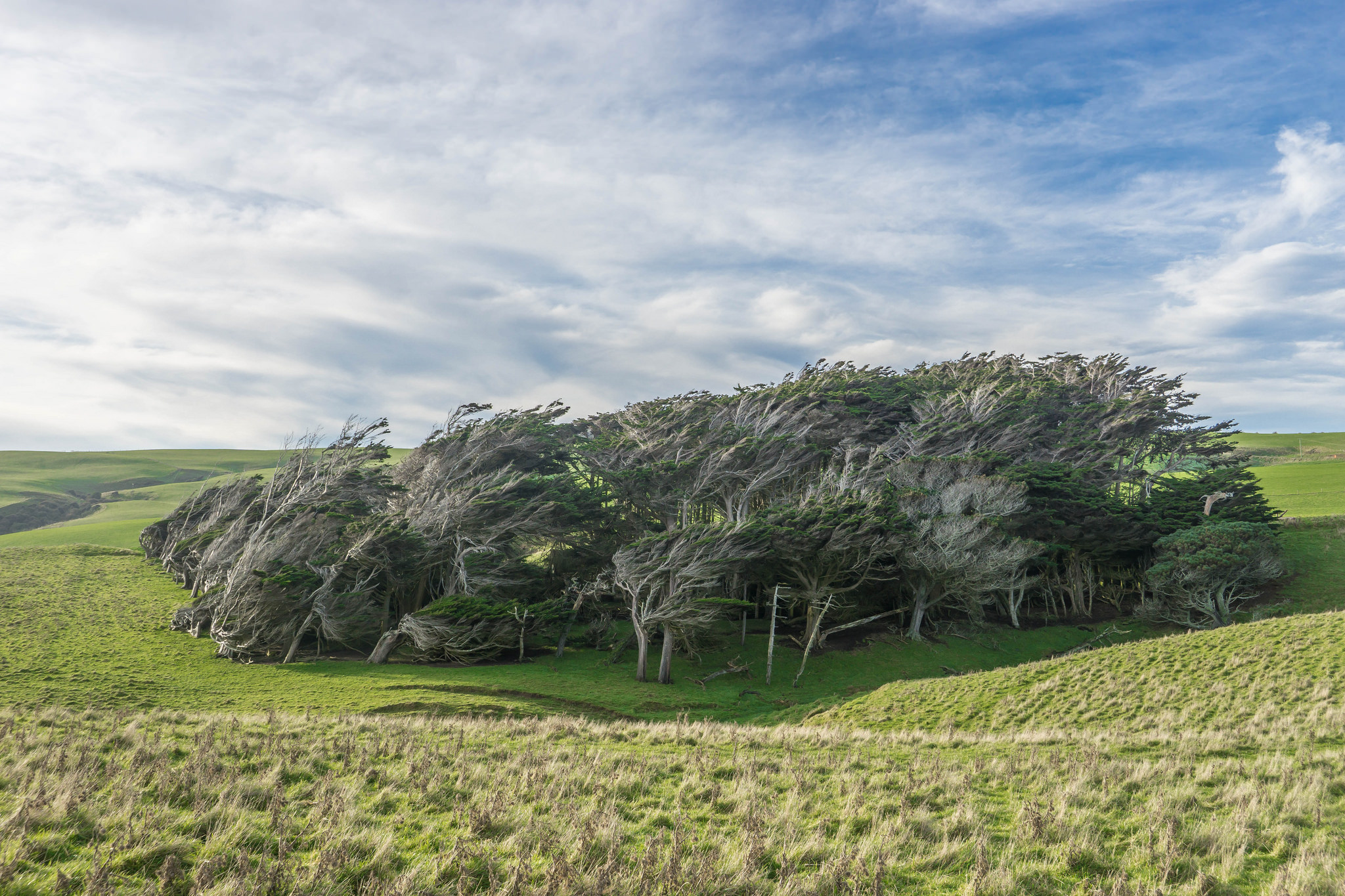 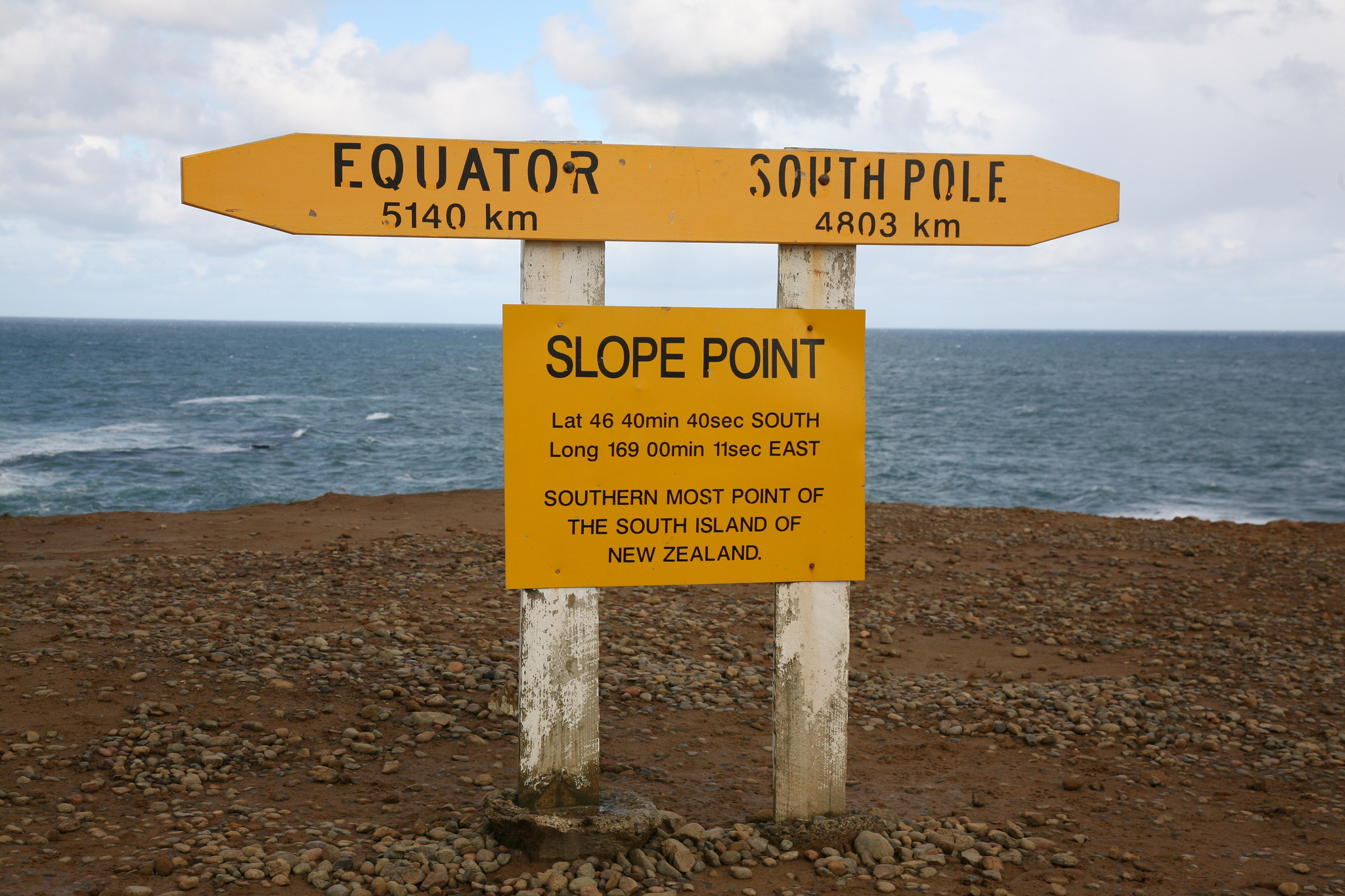 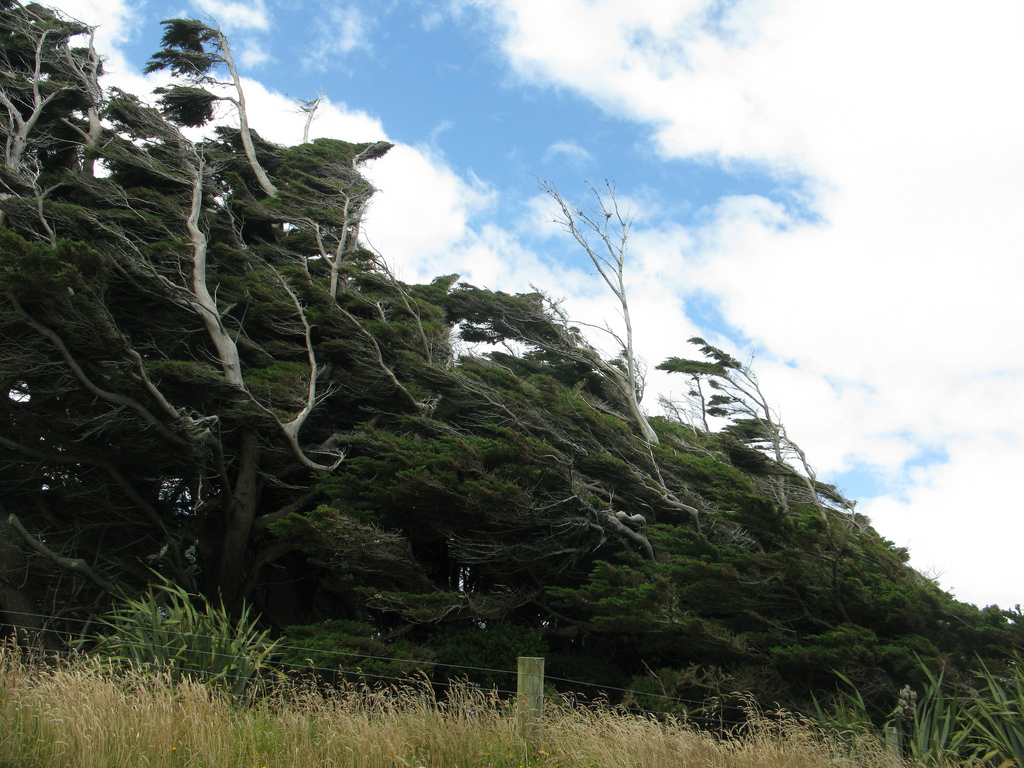 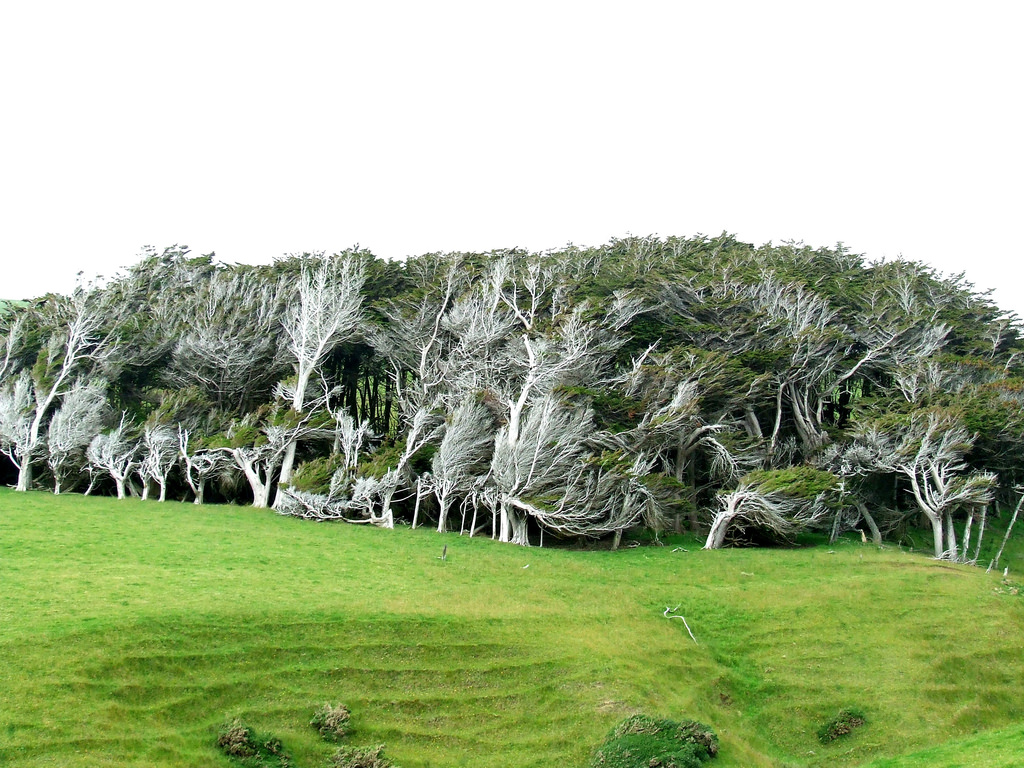 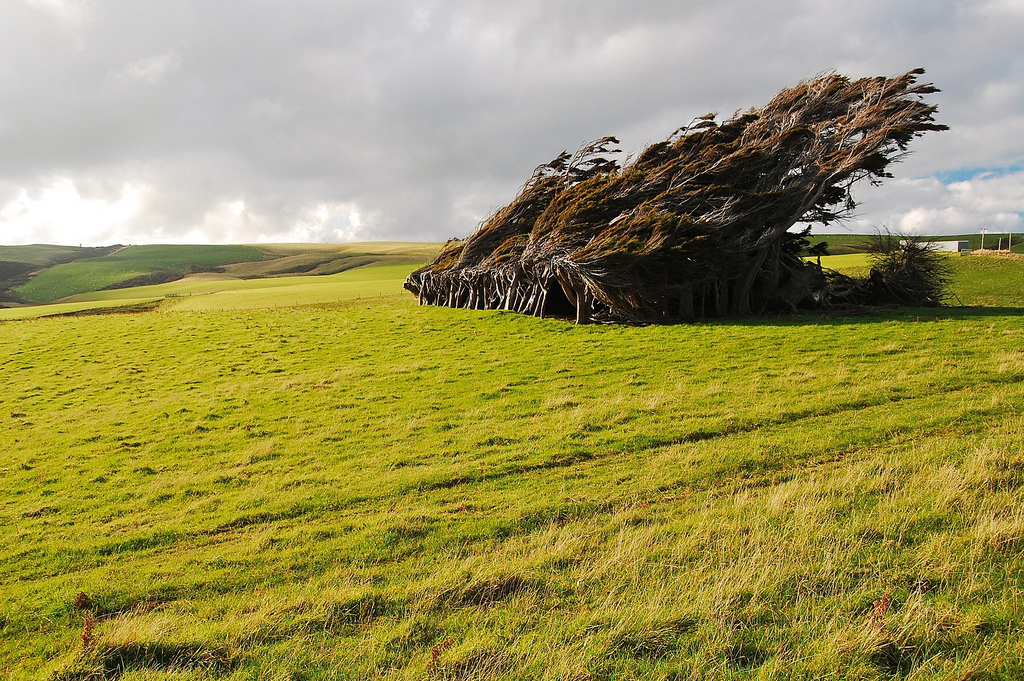