When It Rains in The Driest Desert on Earth, It Literally Brings Death, Not Life

In the driest and oldest desert on Earth – a place so barren and bleak it's effectively hell on Earth – things don't work quite the same way they do in other places.

Take water. We tend to think of water as a universally life-giving blessing, but in the hyperarid core of Chile's Atacama Desert, anomalous rains turned out to be the opposite: a death-bringing curse, extinguishing life that wasn't thirsty in the first place.

The Atacama core is thought to have remained in a virtually permanently hyperarid state for some 15 million years, and there are no records of it having seen any significant rainfall in the past 500 years.

That changed abruptly a few years ago, when the desert experienced incredibly rare rain events in March and August of 2015, and then again in June last year.

The long drought had broken, and it broke some other things too: life-forms that had evolved to endure a hyper-arid ecosystem – and which couldn't handle the sudden, deadly alternative washing over them. 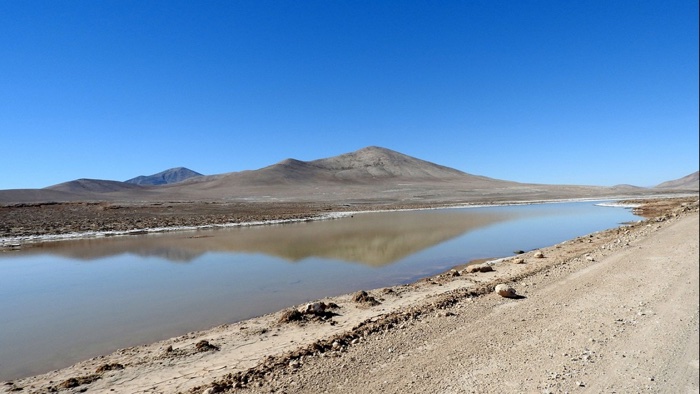 A fleeting oasis in the Atacama Desert (Carlos González-Silva)

"When the rains came to the Atacama, we were hoping for majestic blooms and deserts springing to life," says astrobiologist Alberto Fairén from Cornell University and Spain's Centro de Astrobiología.

"Instead, we learned the contrary, as we found that rain in the hyperarid core of the Atacama Desert caused a massive extinction of most of the indigenous microbial species there."

Before the rains came to Atacama, soil samples taken from the Yungay region located in the desert's core showed evidence of 16 different kinds of microbial species.

Due to its desolate characteristics, the area is often studied as a sort-of proxy for Mars, with Atacama's inhospitable environment being one of the closest analogues we have for investigating how life might find a way on the Red Planet.

Or not find a way.

Following the freak rain events – which left glimmering pools of water in a landscape that had only ever known dusty dryness – soil analysis showed Yungay's microbe population had experienced mass extinctions that wiped out an estimated 75 to 87 percent of previously reported species, even while it actually helped life thrive in other parts of the desert. 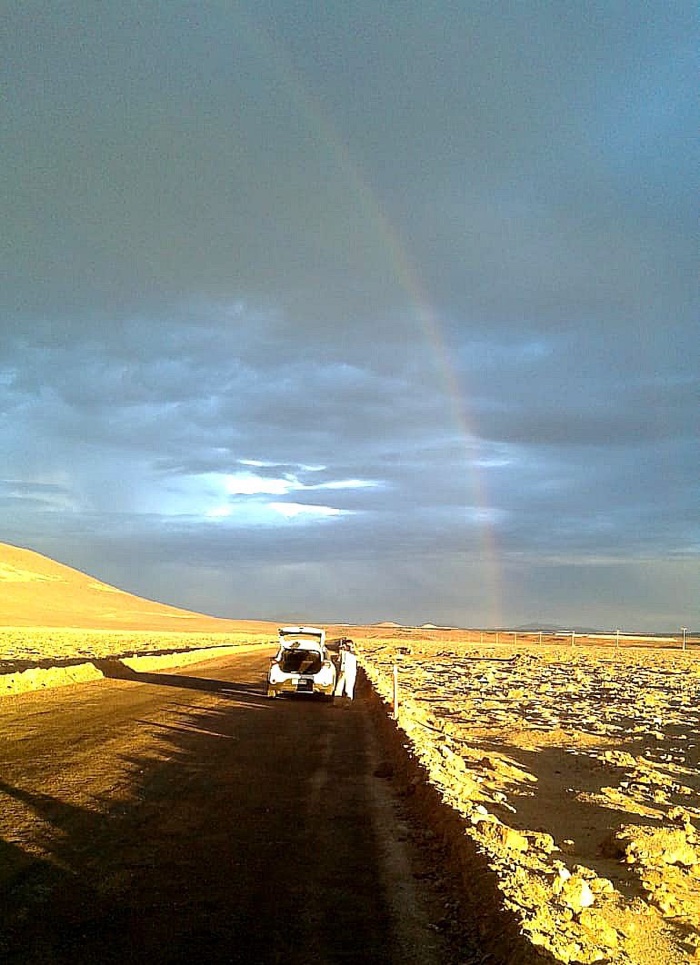 "After it rained, there were only two to four microbe species found in the lagoons," Fairén says, alluding to the fact that evidence for two of the surviving Yungay species was slim at best.

"Our results show for the first time that providing suddenly large amounts of water to microorganisms – exquisitely adapted to extract meagre and elusive moisture from the most hyperdry environments – will kill them from osmotic shock."

Osmotic shock happens when the substances dissolved in the liquid around a cell suddenly change in concentration, which in turn rapidly changes how water flows through the membranes of the cell, causing acute stress.

Species have evolved different ways of defending against this cellular stress – but evidently not Yungay, Atacama, now with a population of just 2-4 species.

As bleak as these microbial fates were, though, the findings do have a positive for humans, offering valuable new insights into how microbiota might adapt to survive in equally barren alien worlds.

Unless they get wet, that is – a bit of a paradigm shift in terms of what we usually think will keep E.T. nice and alive.

"Our Atacama study suggests that the recurrence of liquid water on Mars could have contributed to the disappearance of Martian life, if it ever existed," Fairén says, "instead of representing an opportunity for resilient microbiota to bloom again."