For generations, many have dreamed about the day when it would be possible to set foot on Mars – aka. "Earth's Twin" planet. And in the past few years, multiple orbiters, landers and rovers have revealed evidence of past water on Mars, not to mention the possibility that water still exists underground. These findings have fueled the desire to send crewed missions to Mars, not to mention proposals to establish a colony there.

However, this enthusiasm may seem a little misguided when you consider all the challenges the Martian environment presents. In addition to it being very cold and subject to a lot of radiation, the surface of Mars today is also extremely dry.

According to a new study led by researchers from NASA's Ames Research Center, Martian soil is roughly 1,000 times drier than some of the driest regions on Earth.

The study, titled "Constraints on the Metabolic Activity of Microorganisms in Atacama Surface Soils Inferred from Refractory Biomarkers: Implications for Martian Habitability and Biomarker Detection", recently appeared in the journal Astrobiology. 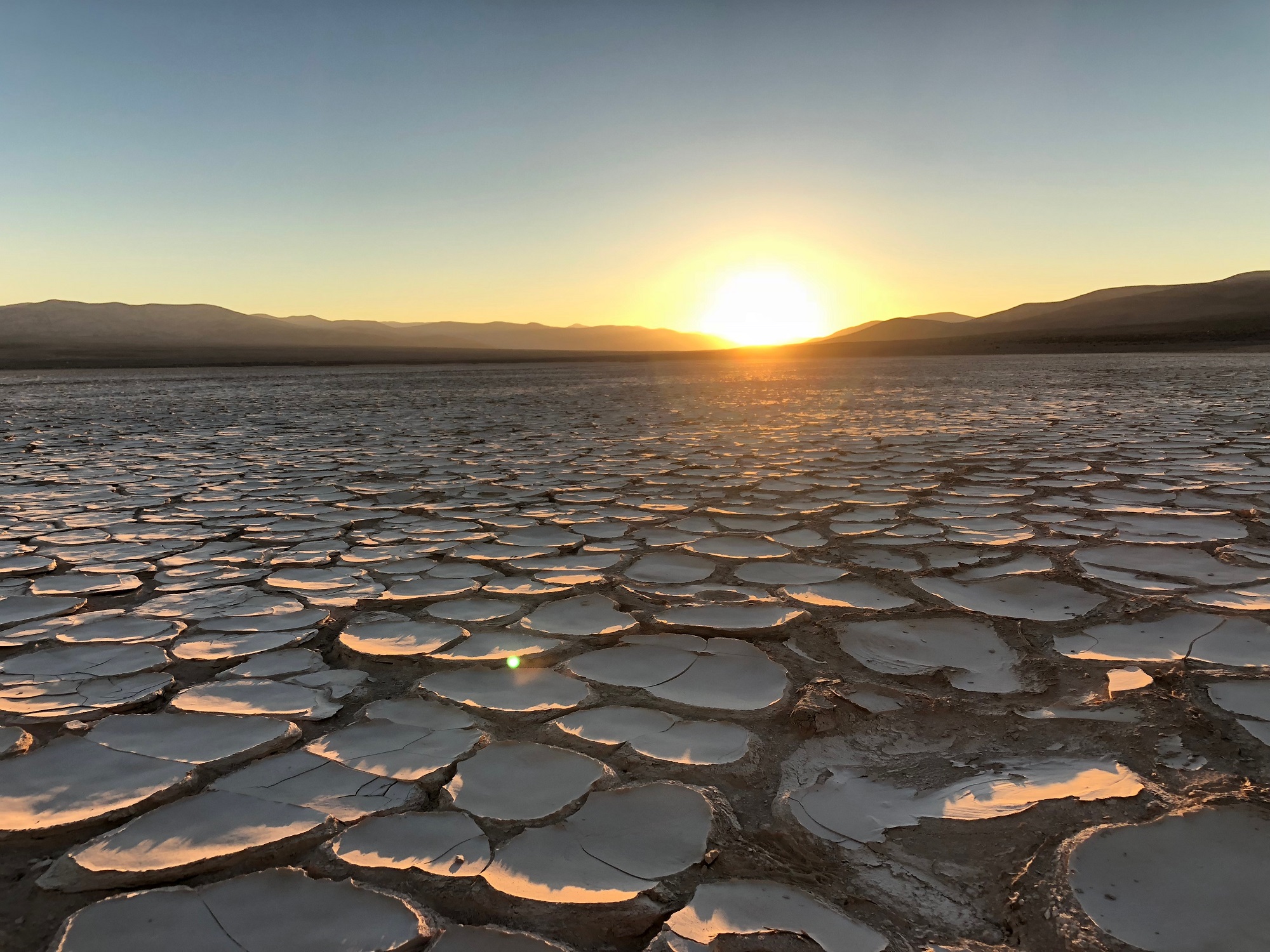 For the sake of their study, the research team sought to determine if microorganisms can survive under the types of conditions present on Mars.

To answer this question, the team traveled to the the Atacama Desert in Chile, a 1000 km (620 mi) strip of land on South America's west coast. With an average rainfall of just 1 to 3 mm (0.04 to 0.12 in) a year, the Atacama desert is known as the driest nonpolar place in the world.

This environment provides an opportunity to search for life at decreasing levels of precipitation, thus allowing researchers to place constraints on microorganism survivability.

It is at the northern end of the desert (in what is known as the Antofagasta region) where conditions become most Mars-like. Here, the average annual rainfall is just 1 mm a year, which has made it a popular destination for scientists looking to simulate a Martian environment.

In addition to seeing if microbes could survive in these dry conditions, the team also sought to determine if they were capable of growth and reproduction.

As Mary Beth Wilhelm – an astrobiologist at the Georgia Institute of Technology, NASA's Ames Research Center, and lead author of the new study – explained in a recent NASA press release:

"On Earth, we find evidence of microbial life everywhere. However, in extreme environments, it's important to know whether a microbe is dormant and just barely surviving, or really alive and well… By learning if and how microbes stay alive in extremely dry regions on Earth, we hope to better understand if Mars once had microbial life and whether it could have survived until today." After collecting soil samples from across the Atacama Desert and brought them back to their lab at Ames, the research team began performing tests to see if their microorganism samples showed any indication of stress markers.

These are a key way in which life can be shown to be growing, since organisms in a dormant state (i.e. that are just surviving) show no signs of stress markers.

Specifically, they looked for changes in the lipid structure of the cells outer membranes, which typically become more rigid in response to stress.

What they found was that in the less dry parts of the Atacama Desert, this stress marker was present; but strangely, these same markers were missing in the driest regions of the desert where microbes would be more stressed.

Based on these and other results, the team concluded that there is a transition line for microorganisms in environments like the Atacama Desert.

On one side of this line, the presence of minute amounts of water is enough for organisms to still be able to grow. On the other side, the environment is so dry that organisms can survive but will not grow and reproduce.

The team was also able to find evidence of microbes that had been dead in the Atacama soil samples for at least 10,000 years. They were able to determine this by examining the amino acids of the microbes, which are the building blocks of proteins, and examining the rate at which their structure changed.

This find was rather surprising, seeing as how it is extremely rare that the remnant of ancient life be found on the surface of Earth. Given that Mars is 1,000 times drier than even the driest parts of Atacama, these results were not encouraging news for those hoping that microbial life will still be found there.

However, the fact that the remnants of past microbial life were found in the driest areas of Chile's desert – which would have existed when conditions were wetter and were well-preserved – is very good news when it comes to the search for past life on Mars.

Essentially, if microbial life did exist on Mars back when it was a warmer, wetter environment, traces of that ancient life might still exist. As Wilhelm explained:

"Before we go to Mars, we can use the Atacama like a natural laboratory and, based on our results, adjust our expectations for what we might find when we get there. Knowing the surface of Mars today might be too dry for life to grow, but that traces of microbes can last for thousands of years helps us design better instruments to not only search for life on and under the planet's surface, but to try and unlock the secrets of its distant past."

In the future, missions like NASA's Mars 2020 rover will be seeking to procure samples of Martian soil.

If NASA's proposed "Journey to Mars" takes place by the 2030s as planned, these samples could then be returned to Earth for analysis. With luck, these soil samples will reveal evidence of past life and prove that Mars was once a habitable planet!