Kurzgesagt - In a Nutshell/YouTube
VIDEO

Why Earth Is Our Cosmic Prison, And How to Escape It

Sitting on our pale blue dot and staring out at the Universe, it's easy to get excited about all the places we could go.

But despite advances in rocket science, the reality is that our species remains trapped on Earth. Our technology has reached the edge of the Solar System, but no human has yet set foot on another planet. And there's a good reason for that - we each owe the Universe a debt that's around 4.5 billion years old.

As the episode of Kurzgesagt - In a Nutshell explains below, when our planet was formed, it cost the Universe a great deal of energy. And we have to pay that energy back if we want to escape Earth and the Moon, and spread ourselves to the distant regions of space.

But how can we possibly owe the Universe an energy debt when we've only been around for a tiny portion of the Universe's existence?

As the video above poetically explains, it's "because your atoms were once part of the dust the Universe expended energy on to get to this place".

In other words, it took energy to make our planet, and so we need energy to escape it.

That sounds weird, but it actually makes sense when you break it down. It's all due to the fact that, in our Universe, things don't want to change speed or direction. To do so, you need to spend some energy.

Around 4.5 billion years ago, gravity convinced trillions and trillions of particles of dust to come together and form our planet - something that cost a significant amount of energy.

The effort of this planetary formation created a gravity prison, trapping us in the process. You can think of it like the gravity well in the image below, the further down the well you fall, the more energy you need to get out. 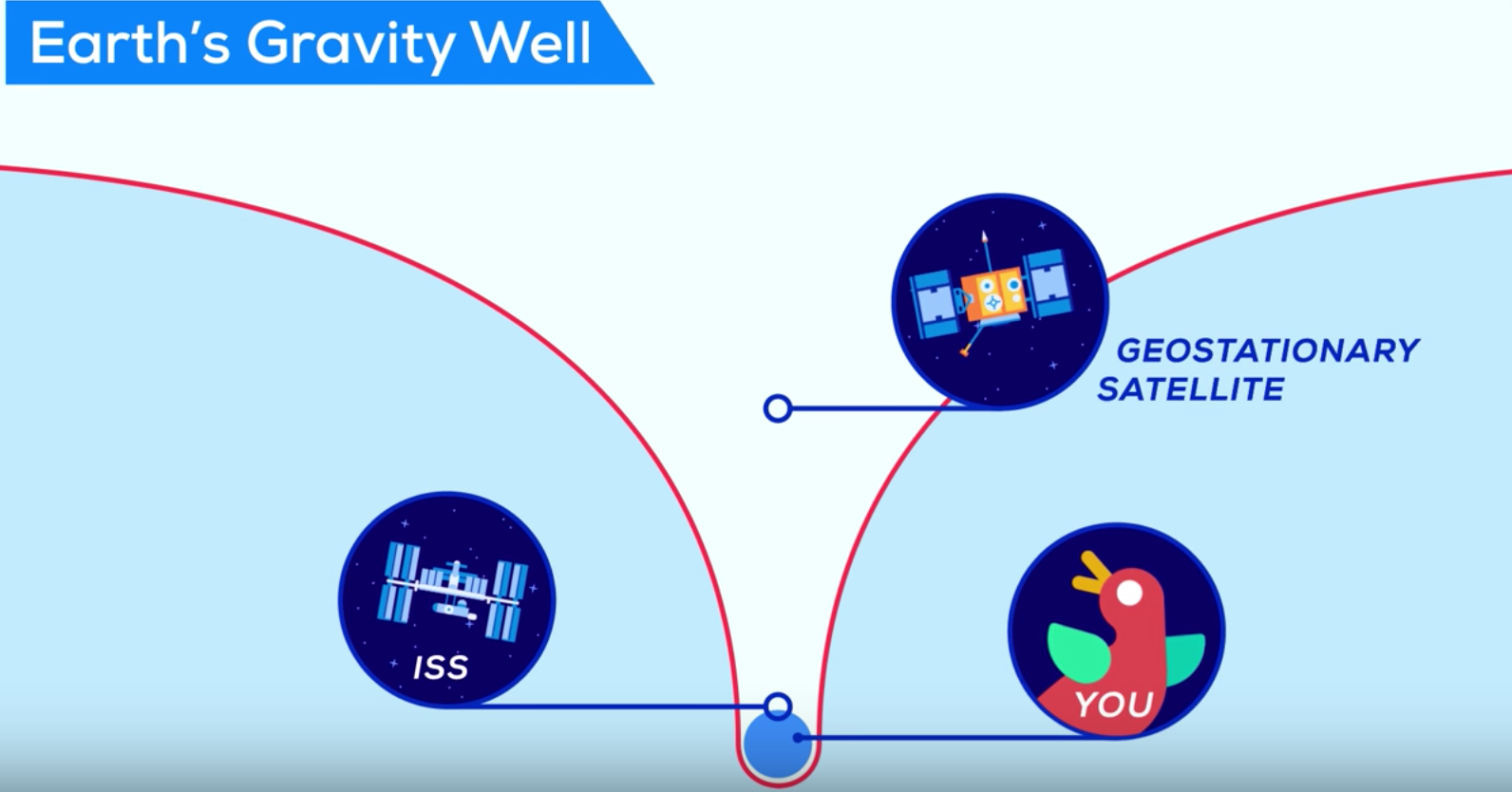 To escape from Earth, which is right at the bottom of that well, we need to spend as much energy as it took for the planet to be formed.

How do we do that? It's something scientists are working on right now, with the creation of complex, energy-exchanging machines - better known as rockets.

Rockets use some of the most energetic chemical reactions we know about to explode fuel in a controlled way. This converts chemical energy into kinetic energy, and directs exhaust outwards to push a rocket away from Earth.

By expending these crazy amounts of energy, we're increasing our gravitational potential energy, which, as the video explains, is just a complicated way of saying we're paying back our energy debt to gravity.

But it's not as simple as just pumping enough energy out of your rocket and heading into space - unfortunately, the process of burning fuel causes rockets to lose a lot of energy as heat.

Then there's also atmospheric drag to take into account, not to mention the weight of all this fuel and the people and equipment you're trying to get into space in the first place.

The more fuel you add, the more rocket you need to carry that fuel, and engineers generally end up needing to build a rocket 100 times the weight of whatever they want to launch into space.

And it doesn't end there. It turns out there's a limit to how heavy something can be before it simply won't launch anymore.

Kurzgesagt calls this the "tyranny of the rocket equation" and it's one of the main reasons that humans remain trapped in our cosmic prison here on Earth.

But if we want to survive as a species, one day we're going to have to make it off Earth for good. And it's not as impossible as it sounds.

Check out the video above to find out what it's going to take. And if it's a little bit too much for your brain to handle, don't worry - it is rocket science, after all.