Why Humans Have Such Big Brains

Humans are the only ultrasocial creature on the planet. We have outcompeted, interbred or even killed off all other hominin species.

We cohabit in cities of tens of millions of people and, despite what the media tell us, violence between individuals is extremely rare. This is because we have an extremely large, flexible and complex "social brain".

To truly understand how the brain maintains our human intellect, we would need to know about the state of all 86 billion neurons and their 100 trillion interconnections, as well as the varying strengths with which they are connected, and the state of more than 1,000 proteins that exist at each connection point.

Neurobiologist Steven Rose suggests that even this is not enough – we would still need know how these connections have evolved over a person's lifetime and even the social context in which they had occurred. It may take centuries just to figure out basic neuronal connectivity.

Many people assume that our brain operates like a powerful computer. But Robert Epstein, a psychologist at the American Institute for Behavioural Research and Technology, says this is just shoddy thinking and is holding back our understanding of the human brain.

Because, while humans start with senses, reflexes and learning mechanisms, we are not born with any of the information, rules, algorithms or other key design elements that allow computers to behave somewhat intelligently.

For instance, computers store exact copies of data that persist for long periods of time, even when the power is switched off.

Our brains, meanwhile, are capable of creating false data or false memories, and they only maintain our intellect as long as we remain alive.

We are organisms, not computers

Of course, we can see many advantages in having a large brain. In my recent book on human evolution I suggest it firstly allows humans to exist in a group size of about 150. This builds resilience to environmental changes by increasing and diversifying food production and sharing. 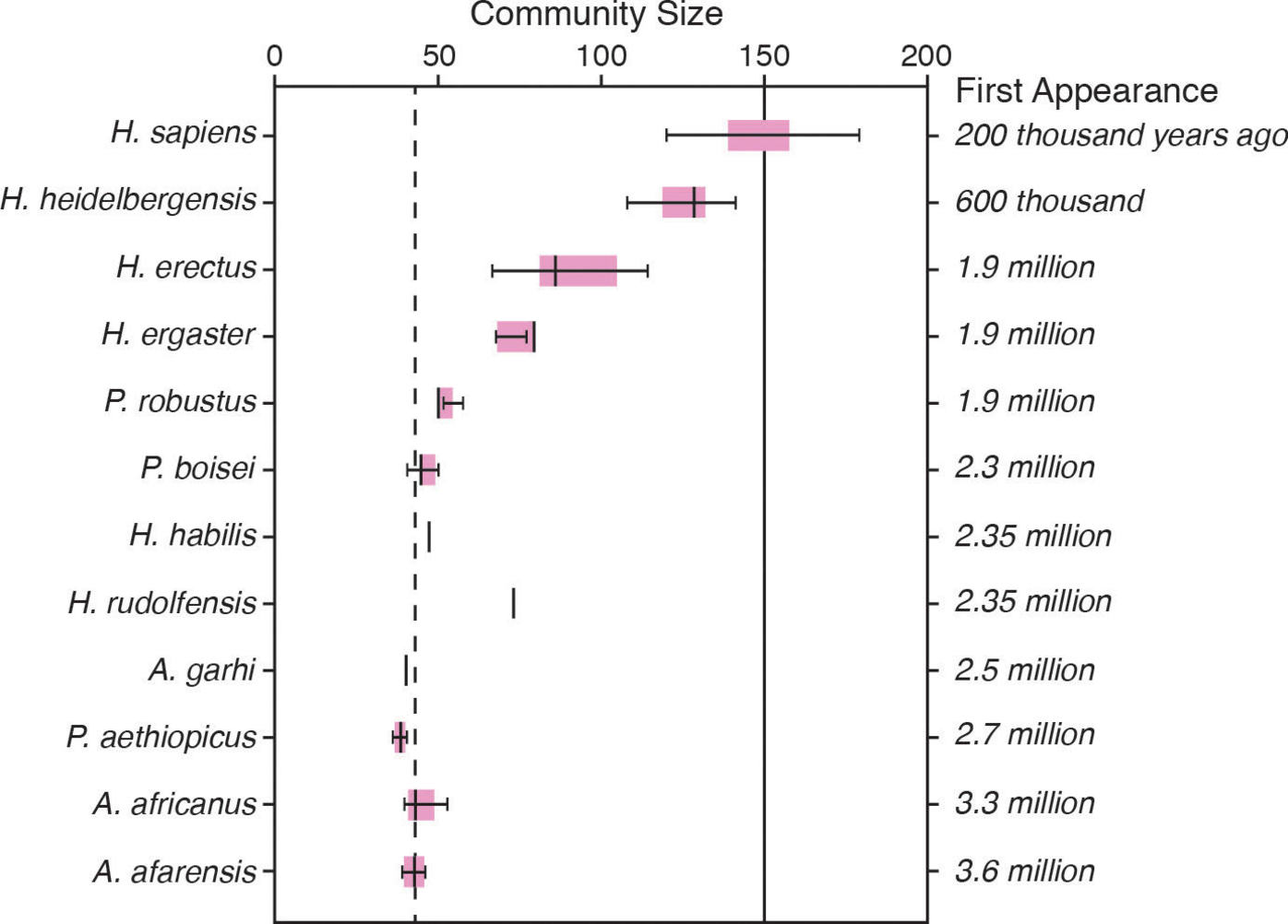 Humans have no natural weapons, but working in large groups and having tools allowed us to become the apex predator, hunting animals as large as mammoths to extinction.

Our social groups are large and complex, but this creates high stress levels for individuals because the rewards in terms of food, safety and reproduction are so great.

Hence, Oxford anthropologist Robin Dunbar argues our huge brain is primarily developed to keep track of rapidly changing relationships. It takes a huge amount of cognitive ability to exist in large social groups, and if you fall out of the group you lose access to food and mates and are unlikely to reproduce and pass on your genes.

My undergraduates come to university thinking they are extremely smart as they can do differential equations and understand the use of split infinitives. But I point out to them that almost anyone walking down the street has the capacity to hold the moral and ethical dilemmas of at least five soap operas in their head at any one time.

And that is what being smart really means.

It is the detailed knowledge of society and the need to track and control the ever changing relationship between people around us that has created our huge complex brain.

It seems our brains could be even more flexible that we previously thought. Recent genetic evidence suggests the modern human brain is more malleable and is modelled more by the surrounding environment than that of chimpanzees.

The anatomy of the chimpanzee brain is strongly controlled by their genes, whereas the modern human brain is extensively shaped by the environment, no matter what the genetics.

This means the human brain is pre-programmed to be extremely flexible; its cerebral organisation is adjusted by the environment and society in which it is raised. So each new generation's brain structure can adapt to the new environmental and social challenges without the need to physically evolve.

This may also explain why we all complain that we do not understand the next generation as their brains are wired differently, having grown up in a different physical and social environment.

An example of this is the ease with which the latest generation interacts with technology almost if they had co-evolved with it.

So next time you turn on a computer just remember how big and complex your brain is – to keep a track of your friends and enemies.