This Startup Wants to Feed Maggots to Your Dog, And They Have a Point

Dogs are said to be a human's best friend - but they also provide an environmental conundrum to some of us.

Altogether, the eating habits of our pets account for about 20 percent of the world's meat and fish consumption, and this has an effect on a whole bunch of environmental issues, including the use of water, land and pesticides - not to mention the impact on carbon emissions and climate change.

For those who are environmentally inclined, the idea is enough to keep you up at night. But no matter how great their carbon "paw print" might be, getting rid of your furry friend is a painful thought experiment that few will entertain.

With more than 500 million pet cats and dogs living around the world, it's no wonder people have been looking for ways to solve the dilemma. Now, a British pet food company has proposed an ingenious solution.

The company, called Yora, has produced a new product that promises to change the world "one grub at a time."

To do this, they've replaced "human-grade" meat with one of the cheapest and best sources of protein that can be found: maggots.

The idea was first conceived by company founder Tom Neish after he began to notice a number of pet foods claiming to contain human-grade meat.

"These premium pet foods are great products, but as the Earth warms and resources dwindle, should we really be feeding so much meat to our pets?" asks Neish, a designer and product developer who has been working in the pet industry for over 20 years.

Neish's question is certainly worth asking. A recent study from UCLA predicts that if even a quarter of the meat in pet food was consumed by humans, it could feed no less than 26 million Americans.

As the global population surges, the overall rate of pet ownership in some countries is likely to increase in the coming years. But even though pet food is a billion-dollar industry, these products are rarely considered when calculating the environmental impact of the world's dietary choices.

Sure, eating maggots - specifically the larvae of black soldier flies (Hermetia illucens) - is not exactly the most appetising proposal, but that's exactly what makes this such an intriguing idea.

Anyone who owns a dog knows that they will eat just about anything, even the stuff that humans can't bring themselves to stomach. So why not save the quality beef for our plates and give the less appetising meals to our pets?

The benefits are numerous. Research has shown that edible insects have great potential as an environmentally friendly choice. Not only do they equip meat-eating animals with fats and proteins, they are also an excellent source of vitamins and minerals.

Plus, compared to their vertebrate counterparts, they require far less water and land and produce fewer greenhouse gas emissions. 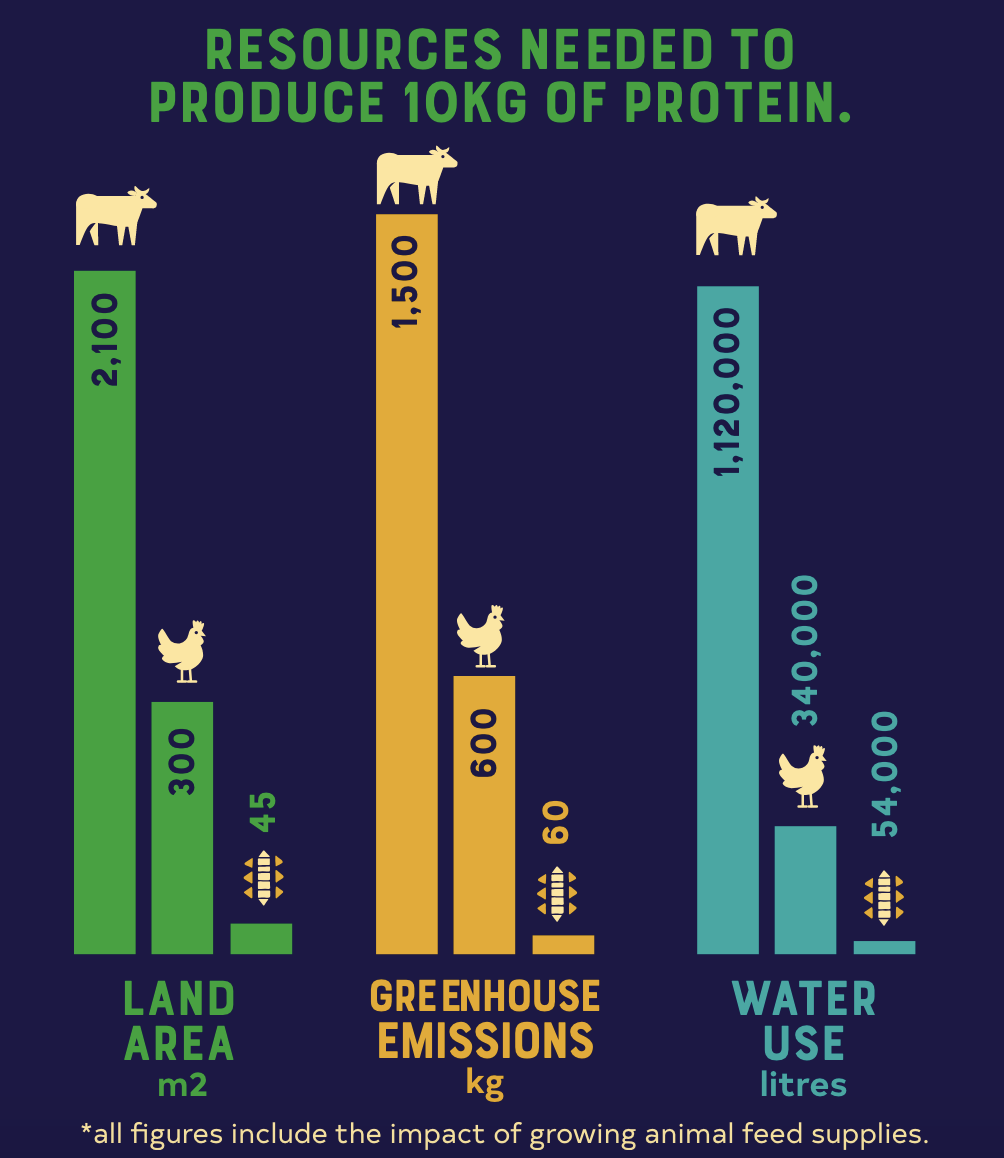 And, even better, none of these differences dramatically reduce the all-important protein punch that maggots pack.

Grown on vegetable food waste, the larvae in Yora's dry dog food is said to contain 23 percent crude protein per serving, and the pellets are rolled up in oats, potatoes and "natural botanicals" (the ingredient label mentions things like kale and parsley).

As long as we can get over the ick factor, feeding our pets with bug meal might at least be a first step towards incorporating more environmentally friendly protein into our meals - or, in this case, into our pets' meals.

Time will tell if hopeful startups like Yora can actually change public perception of the maggoty goodness concealed in their dog food.