After more than 70 years, the lost wreck of a US Navy cruiser that played a pivotal role in the closing moments of World War II has been found.

The USS Indianapolis was torpedoed and sunk by a Japanese submarine on 30 July 1945, just days after delivering components for the atomic bomb dropped on Hiroshima – but its final resting place had remained a mystery, until now.

A team of researchers led by Microsoft co-founder Paul G. Allen discovered wreckage from the USS Indianapolis resting on the floor of the North Pacific Ocean at a depth of some 5,500 metres (18,000 feet) – bringing to a close an epic search across some 1,500 square kilometres (600 square miles) of open ocean.

"To be able to honour the brave men of the USS Indianapolis and their families through the discovery of a ship that played such a significant role in ending World War II is truly humbling," said Allen. 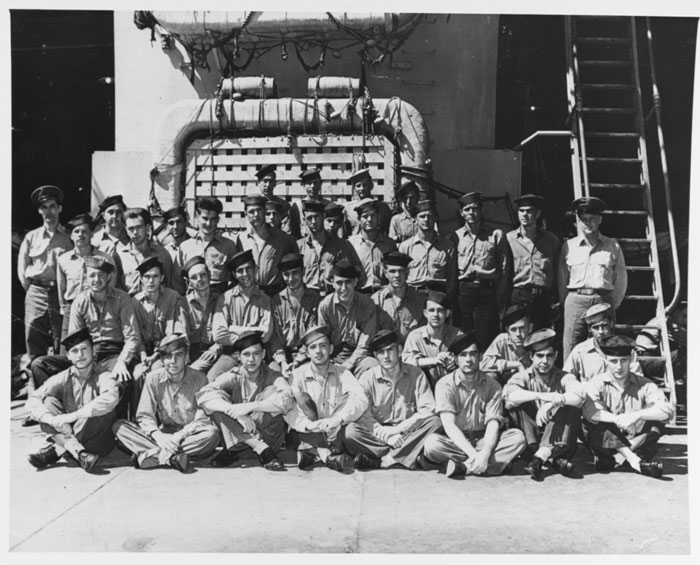 The USS Indianapolis isn't just a historic sea vessel for its part in delivering uranium and other components for Little Boy – the first atomic bomb used in warfare.

It's also remembered for the tragic circumstances of its sinking, which ultimately saw several hundred perish in what remains the worst naval disaster in US history.

When USS Indianapolis was struck by two torpedoes fired from the Japanese submarine I–58 in June 1945, its fate was sealed quickly.

The cruiser sank in just 12 minutes, which proved too fast for the crew to deploy most of the ship's life-saving equipment. Nor could they call for help, as the attack had left their communications systems destroyed, preventing them from broadcasting a distress signal.

"The first 100 yards of the ship was under," one of the survivors, Edgar Harrell, told The Washington Post.

"We knew the ship was doomed… We knew that our ship was going to leave us, and it's going to take us with us unless we get off."

We've located wreckage of USS Indianapolis in Philippine Sea at 5500m below the sea. '35' on hull 1st confirmation: https://t.co/V29TLj1Ba4 pic.twitter.com/y5S7AU6OEl

For many of the 1,196 sailors and marines on board, the rapid destruction meant their end. About 800 of the crew survived the sinking, only to face another deadly challenge: floating alone in the Philippine Sea.

After four to five days in the water, with little food and water, many succumbed to exposure, dehydration, drowning, and shark attacks – until 316 lives were saved when rescuers accidentally spotted the survivors.

"You'd hear guys scream, especially late in the afternoon," one survivor Woody James, who died in 2005, once recalled.

"Seemed like the sharks were the worst late in the afternoon than they were during the day. Everything would be quiet, and then you'd hear somebody scream and you knew a shark had got him."

Of those in the crew that made it through the many ordeals, 22 are still living to this day.

Many researchers have looked for the wreck of the USS Indianapolis since it was lost more than 72 years ago, but the seeds of the current search were planted last year, when US naval historian Richard Hulver came across information of a sighting of the cruiser just hours before it was sunk.

The new lead suggested the wreckage would lie in seas to the west of where many long thought to search for the vessel.

Armed with the new calculations, a 13-person expedition team aboard the Research Vessel (R/V) Petrel set sail to search for the wreckage, equipped with advanced subsea equipment capable of diving to 6,000 metres (almost 20,000 feet).

Using this they found the first signs of wreckage discovered, which you can see in the tweets on this page, and the team says they'll continue looking until the rest of the cruiser is found – and will also be conducting a live video tour of the wreckage in the coming weeks.

For now, though, the news that USS Indianapolis has been located after a lifetime lost at sea, helps to finally close an emotional, dramatic chapter in world history.

"I'm very happy that they found it," said 93-year-old survivor Arthur Leenerman in a statement.