YES! Flying Cars Could Hit The Market as Early as 2017

The world has been dreaming about flying cars ever since Back to the Future II showed us how awesome 2015 really could be. But despite several tantalising prospects, the technology has remained pretty elusive. Finally, a company has reported its plans to make a flying car commercially available within the next two years.

The two-passenger, winged prototype in question was first shown off by its creators, Slovakian company AeroMobil, in October last year. And last weekend at South by Southwest, the co-founder and CEO Juraj Vaculik announced that their plan is to get the vehicle on the market as soon as possible, as Eric Mack writes for Forbes. You can see it in action in the promotional video below, and we have to admit, it looks pretty damn awesome.

“We are now scaling up quite fast, building the team, and the plan is that in 2017 we’ll be able to announce… the first flying roadster,” Vaculik told US cable channel CNBC. “The point is not only to showcase that it’s possible to marry together a plane and a car, but to really commercialise it.”

So how much will the world's first commercial flying car cost? The company hasn't revealed any hard figures just yet, but they announced that it will be somewhere between a Tesla Motors car and a small plane, so around a "couple hundred thousand dollars". Small change when you're buying the future, right?

AeroMobil 3.0, as the prototype is called, is just a little smaller than a limousine, and works sort of like a Transformer - unfolding its wings when it wants to work as an airplane, and stowing them again to turn back into a car.

It's been undergoing test flights since October with top speeds of around 200 km/h. Meanwhile on the ground it can hit around 130 km/h. Vaculik announced that the on-sale model will have a range of around 700 km.

The only downside (other than the price tag), is that you'll probably need some sort of pilot's license in order to be able to fly the car. And, if past flying car attempts are anything to go by, AeroMobil might struggle to hit their deadline. Back in 2010, US company Terrafugia promised to deliver their own flying car model within a year, but we're still waiting.

But let's not be pessimistic. Maybe 2017 will be the year we finally get all the things we were promised by science-fiction - hoverboards, real-time holograms and cars that free us from the confines of roads. Future, we're ready for you. 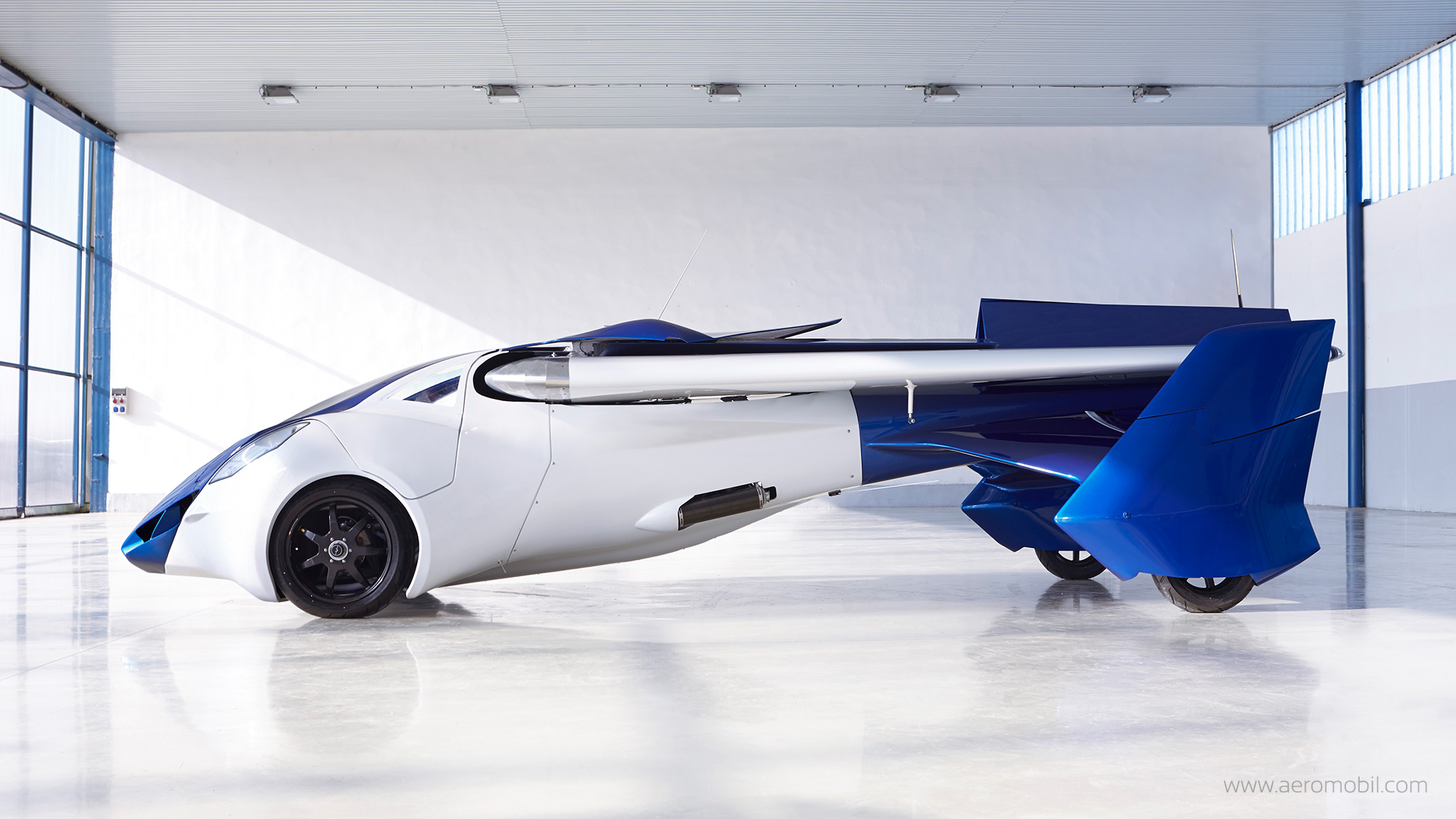