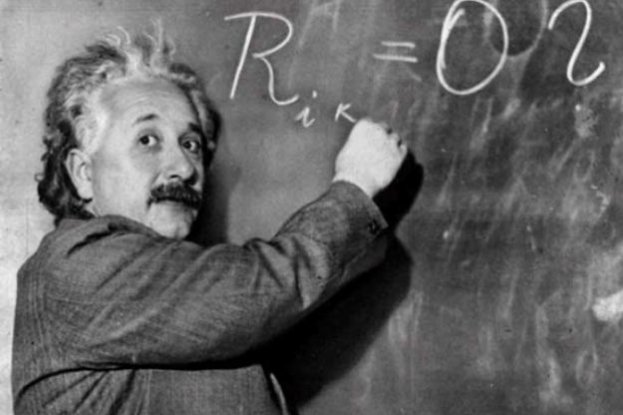 You'll Soon Be Able to Type Everything in Einstein's Handwriting, Thanks to This New Font

We may not all have Albert Einstein's mental prowess, passion for physics and gravity-defying hair, but soon we'll all be able to write like him, thanks to a new font that simulates the theoretical physicist's now-famous scrawl.

The font was created after six months spent analysing thousands of Einstein's old manuscripts, letters and documents from the Albert Einstein Archives, in order to determine the perfect size, shape and weight for each individual letter.

German typographer Harald Geisler first started working on the font back in 2009 with dancer-turned-physicist Liz Waterhouse, and turned to Kickstarter to help them fund the final stages of the project. With almost a month to go, they've already more than doubled their goal.

Using the funds, they aim to make the font available on PCs, Macs, Linux, tablets and smartphones by the start of 2016, which means you'll soon even be able to reply to texts in Einstein's handwriting.

However, the coolest part about the new font is the technology that makes it actually look like handwriting, rather than just cursive typing. To do this, Geisler created at least four versions of each letter, which shift as you continue to type and change their position in response to the letter next to them. He calls this 'polyalphabetic substitution'.

"The term is borrowed from cryptology, because the algorithm in the font is inspired by the rotating barrels of an Enigma encryption machine," explains Geisler.

He was also keen not to simply scan or digitally trace Einstein's handwriting, instead tracing magnified manuscripts using a tablet and a digital pen.

Geisler is very keen to include mathematical symbols as part of the font, and is now taking suggestions from physicists about which to include. "I like to imagine that when one uses Einstein’s handwriting as a font that a spark of his genius potentially could reflect in one’s own work," he explains in a video on the Kickstarter page.

An original Einstein document from the Albert Einstein Archives next to the new font. Credit: Harald Geisler

Prior to this, Geisler created a Sigmund Freud typeface, and has also created a font based on his own handwriting. His Einstein font coincides with the 100th anniversary of Einstein’s presentation of the complete theory of general relativity to the Prussian Academy.

I, for one, can't wait to frustrate my editor by sending in all my future quantum stories using Einstein font. Apologies in advance, fellow ScienceAlert staff.