You're Wrong About Evolution: This 6-Minute Video Explains How It Really Works

If you're a vocal science lover, there's one question we're pretty sure you've been asked at least once: "If we evolved from monkeys, why are there still monkeys?"

Most people pause for a second before spilling out the facts on natural selection, common ancestors, and each species adapting to its unique ecosystem.

But while that's mostly correct, it's not totally right.

In fact, most people - probably even you - have been taught evolution wrong, according to Prosanta Chakrabarty, associate professor of ichthyology, evolution and systematics at Louisiana State University.

He teaches one of the biggest evolutionary biology classes in the US and finds that before he can really educate people on evolution, first he has to dispel a few hard-wired myths and misconceptions.

He breaks these down in this brilliant TED talk: Four billion years of evolution in six minutes. If you have the time, it's definitely worth watching, because by the end of the video your perception of our place on the tree of life will have changed.

For those who prefer to read, here's what you need to know.

Chakrabarty starts out by tackling one of the most common misconceptions on evolution - and that's calling it a "theory".

As he explains, there are actually many theories in evolutionary biology, and just like the process of evolution itself, "the ones that best fit the data are the ones that survive to this day".

We're all most familiar with the theory of Darwinian natural selection: the process by which organisms that best fit an environment manage to survive and reproduce, while those less fit gradually die off.

Essentially, that's it. Evolution is as simple as that, says Chakrabarty.

Up until this point, you're probably nodding along - you know evolution isn't "just a theory" and you understand natural selection.

But where things go wrong even for the most educated among us is when our teachers at school brought out this image: 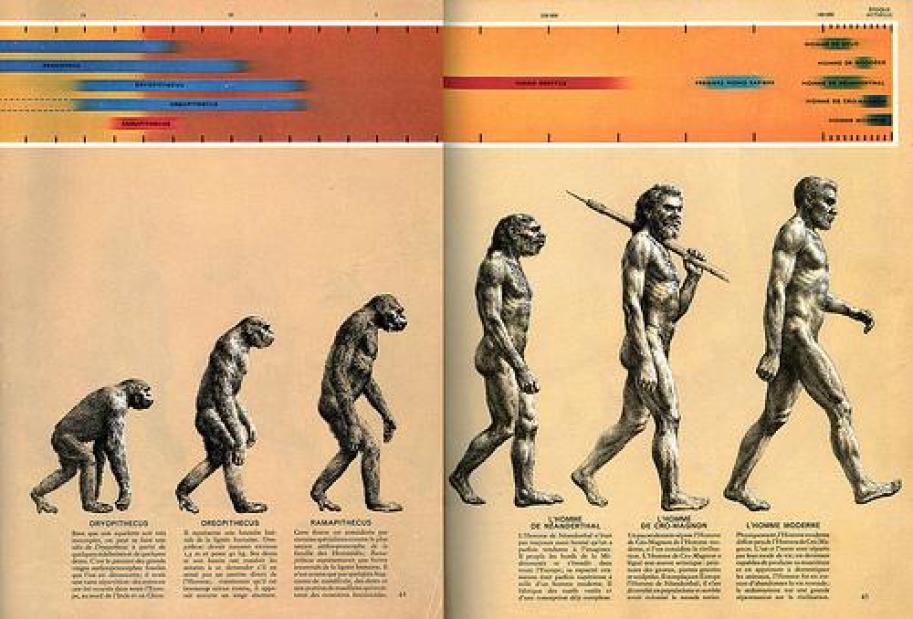 You see, we're taught early on in biology that humans sit at the end of the evolutionary tree.

We learn that plants and bacteria are primitive things. The first vertebrates were fish and they gave rise to amphibians. Eventually some amphibians became reptiles and some of those became mammals… and eventually we got people.

But evolution doesn't end with us, and life definitely doesn't evolve in a straight line. Or as Chakrabarty puts it: "We're not the goal of evolution."

Why does it matter how we visualise evolution happening?

"You can't ask that age-old question 'where are we from' without understanding evolution the right way," explains Chakrabarty.

So if we're thinking about it wrong, what's the right way? Understanding that requires a quick trip 4 billion years into the past, to the single-celled organism we all came from.

This single-celled organism gave rise to other single-celled life and not much else for millions of years, and it's life that's usually thought of as being very ancient and totally primitive.

But those single-celled organisms are still evolving to this day - tiny microbes like archaea and bacteria are arguably some of the most successful organisms on Earth.

"They're certainly going to be here well after us," says Chakrabarty.

Then, around 3 billion years ago, multicellularity evolved - including fungi, plants, and animals.

The first animals to develop a backbone were fish - so, yes, we're all "technically fish". Then, one fish lineage came onto land and gave rise to reptiles and mammals, among other things.

As you know, some reptiles became birds, some mammals became primates. And some primates became monkeys with tails, while others became the great apes. That last group included a bunch of human species, of which we are one.

But that's not the end of the line. All this time, life around us has continued evolving and becoming extinct, with most species only surviving a few million years on the planet.

In fact, most life on Earth we see today is about the same age as our species - if you think of life as being a big, unfinished book, we're looking at just the last few pages of each chapter, and yet where we get it wrong is that we think we're seeing the final page.

That 'march of progress' actually looks more like this: 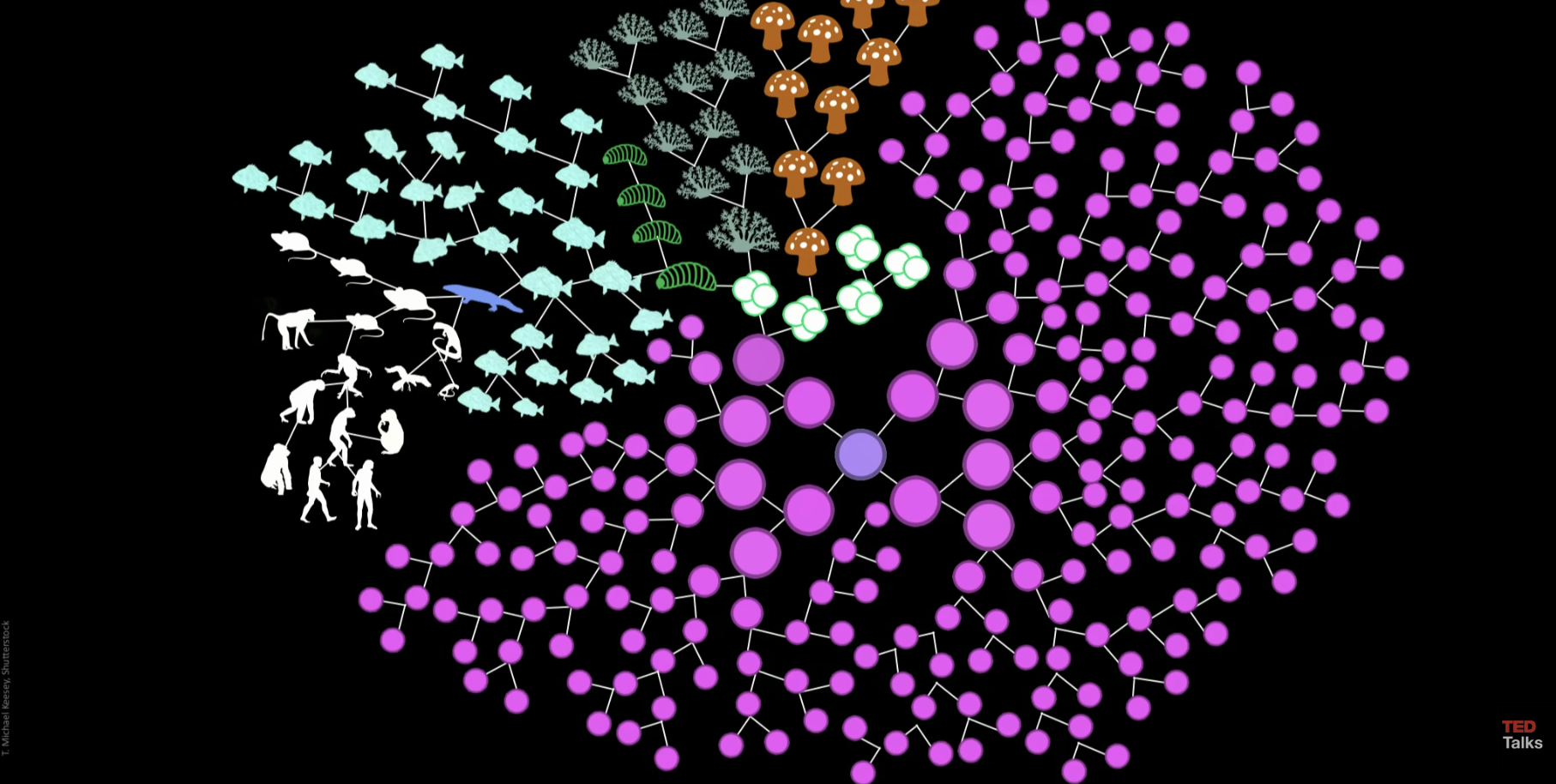 "It's hubris," says Chakrabarty. "It's self-centred to think 'oh plants and bacteria are primitive and we've been here for an evolutionary minute so we're somehow special'."

"Think of us all as young leaves on this ancient and gigantic tree of life. All of us connected by invisible branches not just to each other but to our extinct relatives and our evolutionary ancestors."

Or better yet, he adds, think of us as a little fish out of water.

"Yes, one that learned to walk and talk. But one that still has a lot of learning to do about who we are and where we came from."