Might we one day have bionic body parts able to ward off disease and injury and even heal themselves? Today it's still the stuff of sci-fi movies, but there are regular breakthroughs in the field of medical science that suggest that such a future might one day be possible – one example is a new nanoshell treatment from a team working at the University of Michigan in the US and reported in Gizmag.

Instead of using foreign cells or molecules to patch up and regrow damaged bone tissue, the new technique uses polymer nanoshells – microscopic capsules inside the body – to deliver microRNA molecules right to the site of an injury. Once the shells begin to break down, the microRNA molecules are released and instruct the surrounding cells to 'switch on' their natural bone-building and healing mechanisms. It's a bit like a site manager arriving on the scene of a broken-down development and telling his construction workers to get busy with the rebuilding process.

There are a couple of key advantages to this new technique. One, the shell is designed to degrade slowly, leading to a gradual release of the microRNA molecules and thus ongoing restorative treatment that can last for a month or more. Second, the process uses the body's own cells rather than introducing foreign healing agents – an approach that can sometimes cause cell rejection or even tumours associated with the injury.

This is important, because theoretically our bones have all the ingredients necessary to keep healthy and strong, this healing process just doesn't always happen as it should, which can lead to ongoing injury, tooth decay, or osteoporosis. By sending in microRNA to take over project management, the researchers are hoping to make sure repairs are ongoing and complete. 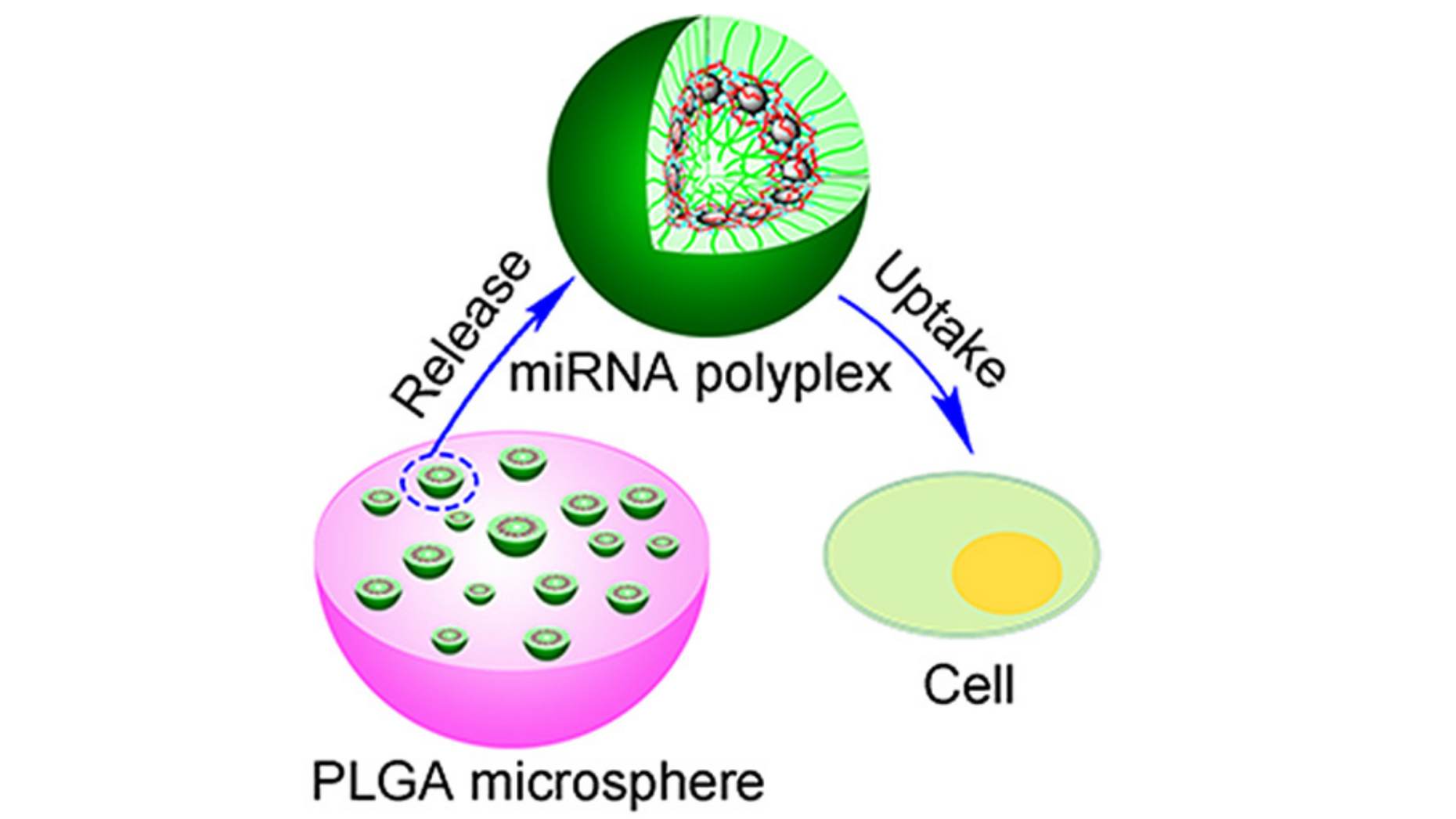 What's more, this special nanoshell makes it much easier than normal for the microRNA to breach the walls of cells and start ordering them about. "The new technology we have been working on opens doors for new therapies using DNA and RNA in regenerative medicine and boosts the possibility of dealing with other challenging human diseases," said lead researcher Peter Ma.

Although the technique has only been tested on mice so far, it's hoped that the same approach will work in humans, which is the next stage for the researchers. Eventually, this self-healing treatment could be used on patients waiting for bone surgery or joint repair, or even those with tooth decay (Ma himself is a professor of dentistry).

Growing and regenerating high-quality bone for specific uses remains a challenging procedure, which makes the new findings from the University of Michigan very promising. The mice used in the trials were suffering from osteoporotic conditions, and considering an estimated 75 million people are affected by osteoporosis in Europe, the USA and Japan, that's a lot of lives that could potentially be changed for the better.

The group's work has now been published in the journal Nature Communications.