We know inoculation halts the spread of disease. As it turns out, the same concept can also be used for misinformation. Researchers at the University of Cambridge think they've found a way to 'inoculate' the public against fake news.

All it takes is an online role-playing game, where anyone who wishes can safely enter the mindset of a modern-day internet propagandist. (If this sounds familiar to you, it's because we covered this idea last year when the game was first put online. Now, the team has results.)

"Research suggests that fake news spreads faster and deeper than the truth, so combatting disinformation after-the-fact can be like fighting a losing battle," explains co-author Sander van der Linden.

"We wanted to see if we could pre-emptively debunk, or 'pre-bunk', fake news by exposing people to a weak dose of the methods used to create and spread disinformation, so they have a better understanding of how they might be deceived."

The tactic is what psychologists refer to as 'inoculation theory', and it essentially means you are trying to persuade a person to not be persuaded by someone else. Similarly to a vaccine, the theory goes, exposing people to a weak argument can help them develop a defence system, whereby stronger arguments are not so contagious or harmful in the future.

This is what the Cambridge researchers set out to accomplish last year, when they created the first Bad News game, a "serious" social impact game modelled after real instances of fake news, but fictional in nature.

"Importantly, by extending the interpretation of the immunisation metaphor, inoculation could provide a 'broad-spectrum vaccine' against misinformation," the authors write, "by focusing on the common tactics used in the production of misinformation rather than just the content of a specific persuasion attempt."

The game works within a social media simulation, where participants are introduced to propaganda strategies which they can then use to build a platform that spreads fear, hate, and anger.

Using Twitter bots, Photoshop and other common strategies, players can fabricate a national scandal or steal someone else's identity to boost their own credibility. Along the way, players earn badges for their successful manipulation. 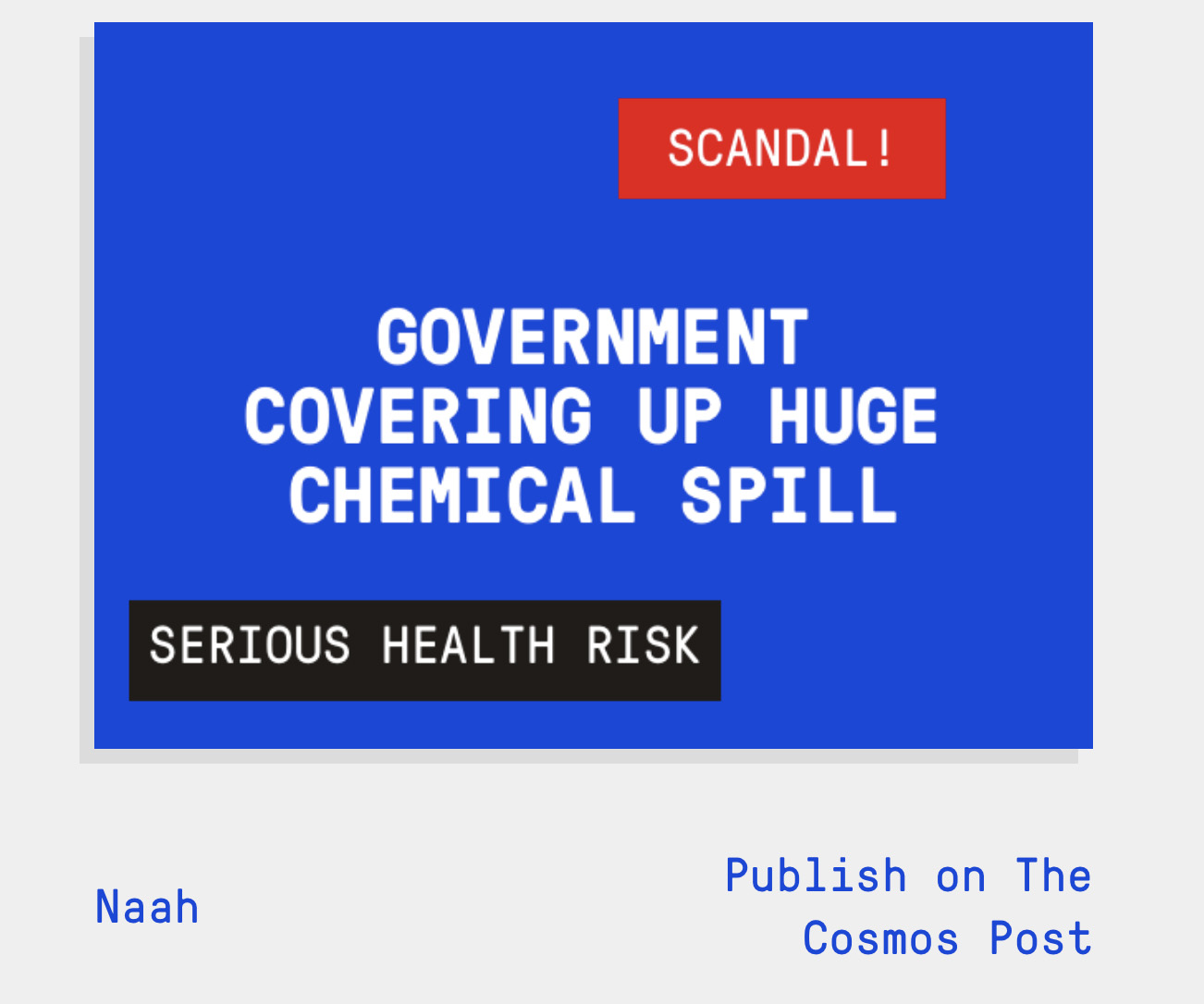 Choosing fabricated headlines to post on your 'news' site is part of the gameplay.(getbadnews.com) 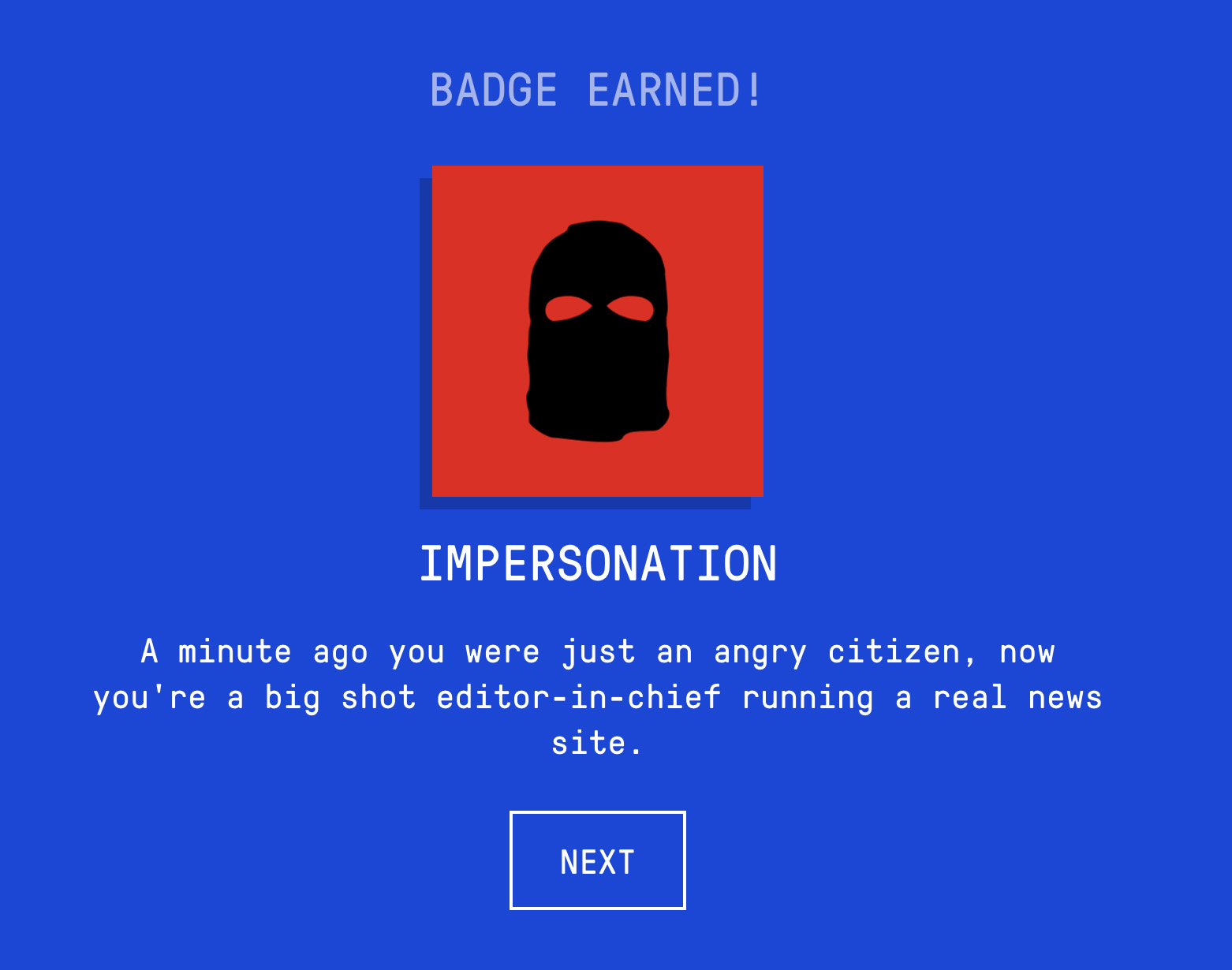 Most importantly, before and after they played, participants were asked to rate the reliability of a series of different headlines and tweets.

So far, thousands of people have played the 15-minute game, and an analysis of 15,000 of those results has now been published. While the game did not change how participants perceived real news, they were, on average, 21 percent better at determining the reliability of fake news after they had played.

This suggests that the game does not just make participants more skeptical; it also trains them to notice specific deception strategies. Even better, those who were more susceptible to fake news headlines at the beginning of the game appeared to benefit the most from this 'psychological inoculation'.

"We find that just fifteen minutes of gameplay has a moderate effect, but a practically meaningful one when scaled across thousands of people worldwide, if we think in terms of building societal resistance to fake news," says van der Linden.

While elderly people and conservatives were found to be more susceptible to fake news overall, the inoculation appeared to work across demographics, including genders, education levels, age groups, and political ideologies.

The very nature of this online game, however, comes with some scientific drawbacks. The sample size, for instance, is self-selective and may not be representative of the larger public. Plus, this study has no traditional control group, so to minimise the problem, the authors included two "real news" control questions.

Pre-empting some obvious criticisms, the Cambridge researchers are confident that their game is not encouraging bad online behaviour. The spreading of fake news is usually done for financial and political reasons, and these motivations are not inspired by the game.

Besides, they point out, anyone who has spent time on the internet will already have come across all these strategies and techniques. The mechanisms of fake news aren't a secret anymore, but they are quickly becoming a contagion.

"We are shifting the target from ideas to tactics," says study co-author Jon Roozenbeek.

"By doing this, we are hoping to create what you might call a general 'vaccine' against fake news, rather than trying to counter each specific conspiracy or falsehood."

The research was published in Palgrave Communications.