Sudden Catastrophic Climate Events in The Past Had No Single Trigger. Here's Why

The last ice age persisted for over 100,000 years. An ice-bound eternity by any stretch of the imagination, but this long winter was not completely frozen into stillness.

During the Last Glacial Period, which ended approximately 12,000 years ago, climate change existed as a powerful phenomenon, much as it does now, albeit for different reasons.

Over the course of the ice age, a series of abrupt warming episodes punctuated the coldness, each of them sending temperatures soaring (by up to 16 degrees Celsius) in temporary heat waves that flared for decades before disappearing.

These sudden phenomena, called Dansgaard-Oeschger events, took place dozens of times over the 100 millennia of the Last Glacial. But what was it that made them spark to life at all?

"Many studies have tried to answer this long-standing question: Which part of the climate system changed first when these approximately 30 abrupt climate changes [began]?" says ice-core scientist Emilie Capron from the University of Copenhagen in Denmark and the University of Grenoble in France.

"Was it, for example, the ocean currents in the North Atlantic, the wind and rainfall patterns in the Northern Hemisphere, or the spread of sea ice in the Arctic that triggered climate change?" 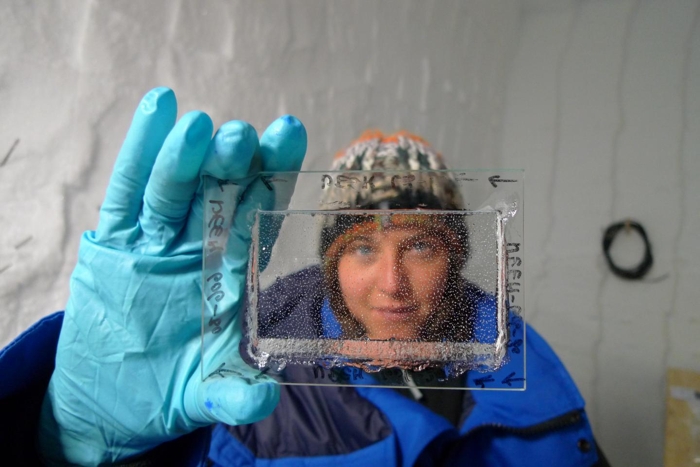 If there is a pattern that precipitates these mysterious warmings, it's staying hidden for now.

In a new study, Capron and her team discovered that when the Dansgaard-Oeschger events unfolded, a range of climatic transitions occurred almost in unison, each likely influencing the other, and with no discernible single trigger – much like a house of cards collapsing from an invisible gust.

To find this out, the researchers analyzed two giant ice cores drilled from the Greenland ice sheet: epic columns of compressed snow stretching up to 3 kilometers in length.

The cores preserve numerous chemical signals of ancient climatic conditions laid down in prehistory, including isotope ratios that reveal past temperatures, and gas bubbles that show atmospheric composition, among many other clues.

According to the researchers, the ice core data we have – and complementary climate simulations run by the team – suggest a diversity of coinciding factors combine in relatively close proximity to create the Dansgaard-Oeschger events, and it's not yet possible to know for sure which of these underlying mechanisms might pre-empt the others, or be more fundamentally important.

"There might not be a unique sequence of changes representing Dansgaard-Oeschger warmings nor a unique trigger per se to these abrupt changes," the authors write in their paper.

"The emerging picture of the Dansgaard-Oeschger warmings is one in which the components of the climate system are so tightly coupled that it may not be possible to resolve significant leads and lags between them, and consequently, it may be elusive to search for a single sequence of events in proxy data that can adequately describe all Last Glacial abrupt climate transitions."

Be that as it may, some of the hallmarks of the abrupt transitions are common across events – one of them being level of sea ice cover, which is something rapidly diminishing today.

Of course, we're not in an ice age at the moment, so nobody's exactly saying a Dansgaard-Oeschger event is about to be unleashed.

Nonetheless, as we well know, our environment is rapidly changing in the midst of the current climate crisis – and factors like sea ice, which have been deeply involved with abrupt calamities of the past, may hold vastly powerful triggering potentials we don't yet fully understand.

"The results emphasize the importance of trying to limit climate change by, for example, cutting anthropogenic emissions of CO2 and other greenhouse gases, both to reduce the predictable, gradual climate change and to reduce the risk of future abrupt climate change," says co-author and climate physicist Sune Olander Rasmussen from the University of Copenhagen.

"If you do not want the dominoes to topple over, you are better off not to push the table they stand on too much."