For The First Time, Physicists Have Achieved Superconductivity at Room Temperature

Editor's note (21 Mar 2022): Concerns have been raised over the manner used for data processing and interpretation in this study, so we advise our readers to treat the report with caution. More information is available at Nature.

Original article (14 Oct 2020): A major new milestone has just been achieved in the quest for superconductivity. For the first time, physicists have achieved the resistance-free flow of an electrical current at room temperature - a positively balmy 15 degrees Celsius (59 degrees Fahrenheit).

This has smashed the previous record of -23 degrees Celsius (-9.4 degrees Fahrenheit), and has brought the prospect of functional superconductivity a huge step forward.

"Because of the limits of low temperature, materials with such extraordinary properties have not quite transformed the world in the way that many might have imagined," physicist Ranga Dias of the University of Rochester said in a press statement.

"However, our discovery will break down these barriers and open the door to many potential applications."

Superconductivity was first discovered in 1911, and has since become a fervently pursued goal in condensed matter physics.

It consists of two key properties. The first is zero resistance. Usually, the flow of an electrical current encounters some degree of resistance - a bit like how air resistance pushes back on a moving object, for example. The higher the conductivity of a material, the less electrical resistance it has, and the current can flow more freely.

The potential applications of superconductivity could revolutionise our world - from maglev transportation to data transfer to lossless power grids. But there's a big problem.

Superconducting materials are usually only created and maintained at extremely low temperatures, way below those found in nature. Keeping materials at these temperatures is difficult and expensive, which has proven a practical barrier to broader implementation.

Recently, physicists have found success in raising the temperature in lightweight elements, such as hydrogen sulfide and lanthanum hydride. The common element there is hydrogen, the lightest element in nature. But hydrogen as a gas is an insulator; in order to make it superconducting, it needs to be metalised under immense pressures.

"To have a high temperature superconductor, you want stronger bonds and light elements. Those are the two very basic criteria. Hydrogen is the lightest material, and the hydrogen bond is one of the strongest," Dias said.

"Solid metallic hydrogen is theorised to have high Debye temperature and strong electron-phonon coupling that is necessary for room temperature superconductivity." 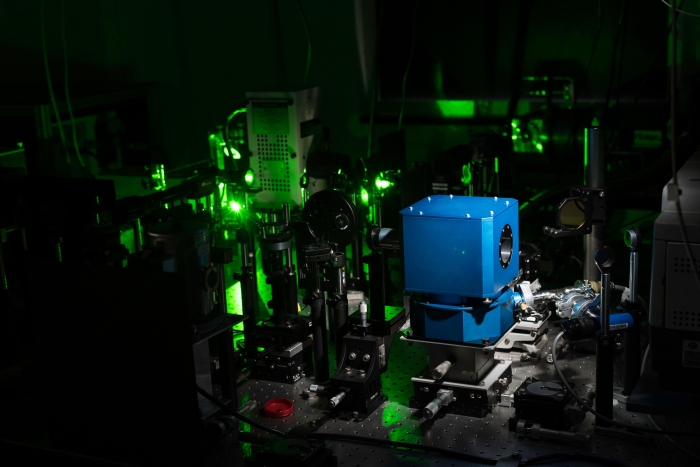 Since pure metallic hydrogen can only be created under extreme pressure, the right conditions are extremely difficult to achieve. Two teams have reported success in creating it in recent years.

The next best thing is a metal that's rich in hydrogen, like the hydrogen sulfide and lanthanum hydride used in previous experiments. These mimic the superconducting properties of pure metallic hydrogen at much lower pressures.

So, a team of physicists led by Elliot Snider of the University of Rochester started experimenting. First, they tried combining the hydrogen with yttrium to create yttrium superhydride. This material exhibited superconductivity at -11 degrees Celsius (12 degrees Fahrenheit) under 180 gigapascals of pressure.

Next, Snider and his team tried combining carbon, sulphur, and hydrogen to create carbonaceous sulphur hydride. They squeezed a tiny sample in a diamond anvil and measured it for superconductivity. And they found it, at 270 gigapascals, and 15 degrees Celsius.

Obviously, it's still a way off being useable in everyday circumstances. The sample sizes were microscopic, between 25 and 35 microns, and the pressure at which superconductivity emerged still rather impractical.

The next step in the research will be to try to reduce the high pressure needed by tuning the chemical composition of the sample. If they can get the mix right, the researchers believe a room-temperature, ambient-pressure superconductor will finally be within our grasp.