Garfield Phones Have Polluted France's Coastline For Decades, And We Finally Know Why

Since 1978, Garfield the lazy, lasagna-loving feline has been one of the world's most recognised and iconic comic strip characters.

But for almost as long as the comic has been in print, a bizarre environmental mystery featuring the cantankerous cat has been polluting the shorelines of western France, and finally we have an explanation for it.

At some point in the 1980s, large orange-coloured Garfield novelty phones started washing up on the beaches of the Iroise coast in Brittany.

These plastic landline phones were something of a hit in the 1980s – alongside those retro cheeseburger flip-phones – and they still fetch considerable prices in the second-hand market on sites like eBay.

But as popular as these kitsch cats were, not everything about them has been positive. 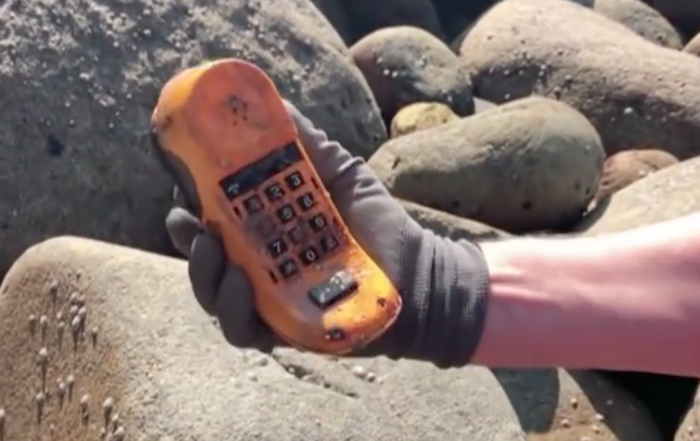 For reasons nobody could explain, the devices have been randomly appearing on Brittany's beaches for decades, sometimes whole, sometimes in an orange flotsam of plastic fragments.

Plastic pollution of the marine environment is no laughing matter, even if it's a fleet of floating Garfields doing the polluting – and the problem became so ubiquitous, the Garfield phone even became a symbol of plastic pollution in the region. 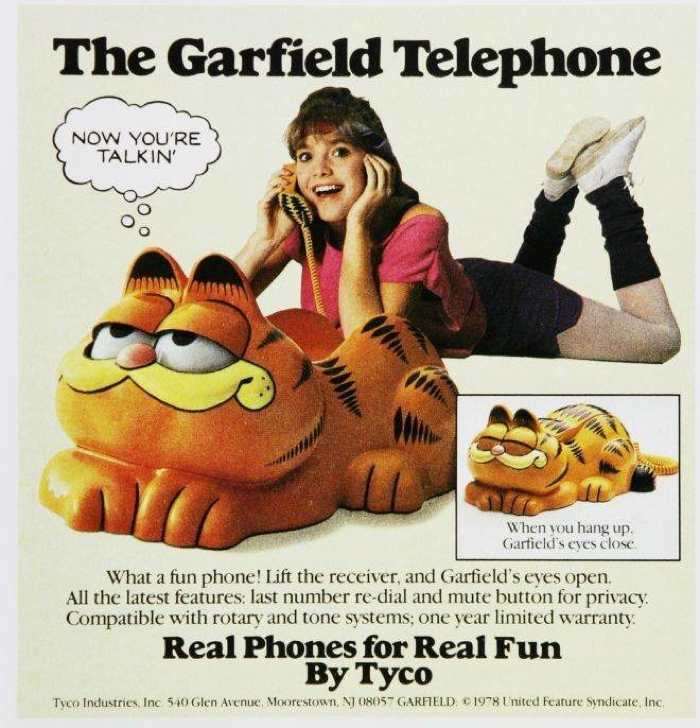 Now, finally, we have an explanation for this bizarre phenomenon, and it turns out the source of the Garfield menace was known all along – at least by one man and his brothers.

After seeing recent media coverage of the Garfield phones, this local man, René Morvan, contacted members of the anti-litter group Ar Viltansoù, pointing them in the direction of a seaside cave on the coast. Back when Morvan was only 19 or 20 years old in the 1980s, a powerful storm struck the coastline region. It's thought this storm grounded a ship, dislodging a shipping container full of the Garfield phones, which then got stuck, like a fractured shipwreck, inside the cave.

At least, that's what Morvan and his brothers found, when they ventured inside the cave decades ago.

"We had to really know the area," Morvan told Franceinfo. "We found a container that was stranded in a fault, it was open, a lot of things were gone, but there was a stock of phones… At the time, there was a lot of things that came to us from the sea."

Last month, Morvan returned to the site, guiding the Ar Vilantsou campaigners with him. Together, they rediscovered this long-lost shipping container, now a rusty wreck inside the cave, still containing and surrounded by loose Garfield phones, along with a mess of wires, plastic, and metal components spilled from broken devices. Amidst this wreckage, the team also found marine life, including starfish, crabs, and abalone, who dwell alongside the inert plastic Garfields.

In some senses, it's a funny story, because it stars Garfield and a literal container-load of retro kitsch from the '80s.

But when you consider that worldwide, over 1,500 shipping containers are estimated to be lost at sea every year, the humorous side disappears, and the whole episode becomes a bit more scorning and sardonic.

"There is a feeling of desolation and sadness too," Ar Viltansoù's president, Claire Simonin-Le Meur, told Franceinfo.

"Because we can see the pollution that this represents for the fauna and flora of the environment."