A Plastic Bag Was Found at The Deepest Point on Earth, And We Should All Be Ashamed

Humanity's toxic addiction to plastic has reached stunning depths, and we only wish we were speaking figuratively.

A new study analysing over 30 years' worth of data on human-made trash found in the deepest parts of the ocean reveals almost 3,500 pieces of plastic and other debris have been discovered littering these remote, fragile ecosystems.

If proof were ever needed that there are no more untouched places left on our poor, polluted planet, we now have it in one perfect, twisted symbol: amongst this litany of garbage, the deepest-lurking refuse was a fragmented single-use plastic bag, discarded at a depth of 10,898  metres (35,754 ft) in the Mariana Trench.

The Mariana Trench is the deepest part of the entire ocean – home to distant, alien forms of marine life we know next to nothing about – but its remote, almost unreachable location doesn't mean we haven't found ways to carelessly spoil it. 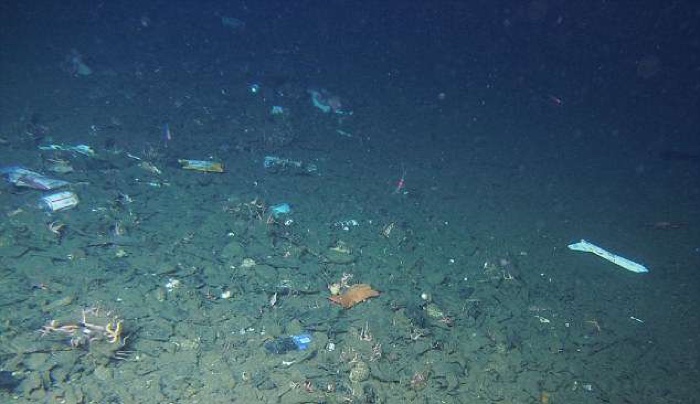 In the new study, a team of researchers led by the Japan Agency for Marine-Earth Science and Technology (JAMSTEC) analysed the contents of their publicly accessible Deep-sea Debris Database – a vast image archive of ocean trash recorded by deep-sea submersibles and remotely operated vehicles trawling the depths.

Sifting through the records of 5,010 dives in the database, the team counted 3,425 items of human-made debris, more than a third of which was macroplastic – visible pieces of plastic larger than 5mm, as opposed to smaller microplastics.

Of this macroplastic debris, almost 90 percent was single-use plastic, which governments around the world are finally, laggardly beginning to address.

In the case of the world's deepest plastic bag (seen at the top of this page), it was observed almost exactly 20 years ago, on 20 May 1998. In the decades since, its frayed form has probably broken down further into innumerable but persistent microplastics littering the surface of the ocean. 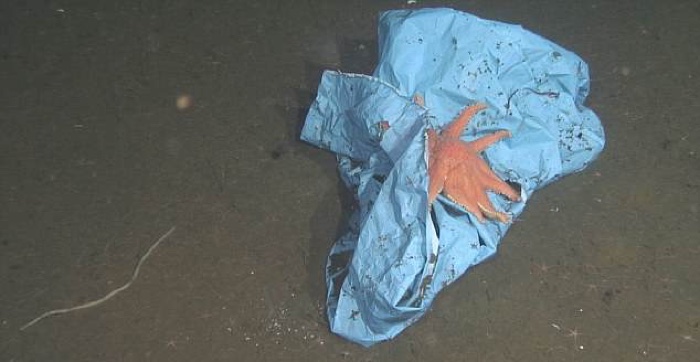 In the thousands of debris images and videos the researchers compiled in their database, deep-sea organisms were observed in 17 percent – damning evidence that our throwaway culture entangles, intermingles, and generally affects ocean life in ways we're not aware of.

Because the team's dataset only includes a visual record of what's on the sea floor – not what's drifting and sinking above it – the researchers say they've only scratched the (deep) surface of the problem here, although simple physics suggests more garbage is headed this way. 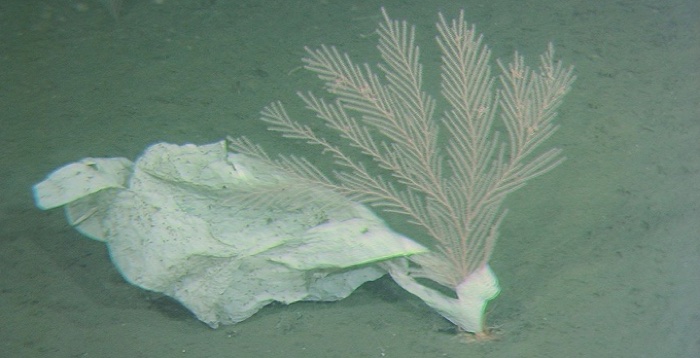 What that means is this research shows only the deepest, most sunken evidence of the ocean's pollution problem.

Higher up, the same random garbage is killing whales, lodging in coral, congregating in giant, floating patches, and transforming dreamy islands into nightmares.

The researchers say the only way to stop this problem becoming worse is to regulate the production of single-use plastic and prevent the flow of this dangerous debris from our coastlines.

Which is another way of saying it's not a single-use planet, guys, and we all really need to wake up.